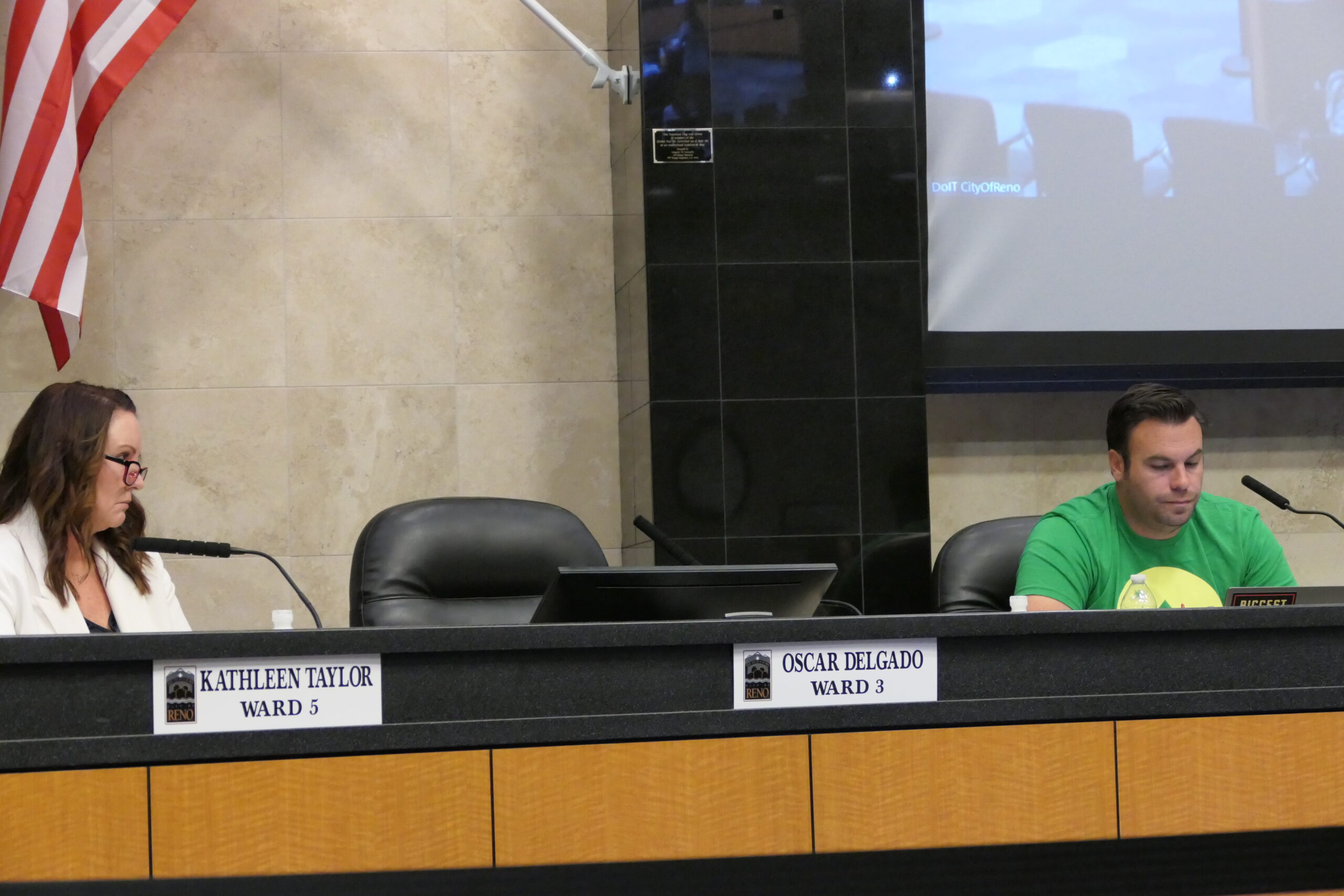 The Reno City Council has decided to not hold a special election and instead appoint a new representative for the vacant Ward 3 seat, following the same path it took when filling another vacancy that emerged in August.

Last week, Oscar Delgado announced that after a decade on the city council, he is resigning to focus on his role as CEO of Community Health Alliance. Delgado is the second council member to resign in the last three months, after Neoma Jardon resigned in August to become the executive director of Downtown Reno’s Partnership.

The replacement process will mirror how the council filled the Ward 5 vacancy, which led to the appointment of Kathleen Taylor earlier this month.

Anyone who has resided in Ward 3 — which covers most of east Reno, extending from North McCarran Blvd to South Reno — for more than 30 days is eligible to apply. The application window opens Friday and runs through Oct. 6.

Though the city council was criticized by some members of the public during the Ward 5 appointment process for not holding a special election, Washoe County interim Registrar of Voters Jamie Rodriguez said the close proximity of the general election would push back the timetable for a special election, leaving the Ward 3 seat open until late March at the earliest.

"You don't want two elections happening in the same space," Rodriguez said, adding that scheduling the special election now would make more work for the registrar's office and could cause complications.

Council Member Jenny Brekhus was among those who criticized the council for opting for an appointment. During the Ward 5 appointment process, Brekhus was absent for most of the meetings and lamented the decision on her blog. Brekhus again criticized council members on Thursday and was the sole member who opposed the appointment.

"So how many of you are going to allocate [time] particularly when you're trying to go get the voters to come talk to you and for each of the people who apply, are each of you … going to pledge that? Brekhus said. “I just really want to know.”

When Council Member Naomi Duerr attempted to answer Brekhus, Duerr was interrupted by Brekhus, who said the question was "rhetorical."

"Everybody up here took the time ... except for one person and I appreciate that," said Taylor, the newest member of council.

The city council also discussed how to improve the process to fill future city council vacancies, considering issues including timeline and accessibility.