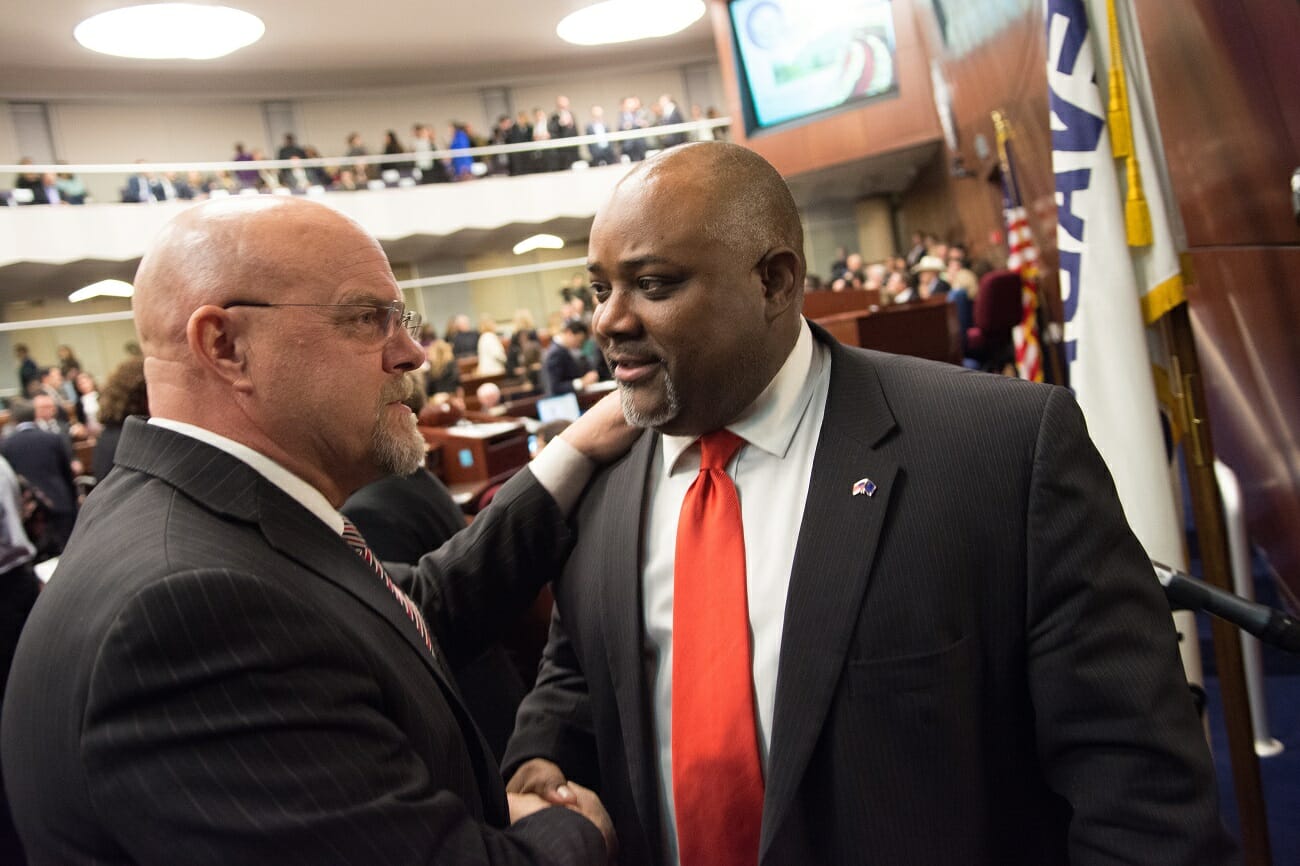 Assembly Speaker Jason Frierson is planning to introduce an emergency bill revisiting several ambitious restrictions on high-interest, short-term “payday” loans that were part of a measure previously considered dead in the water.

In an interview with The Nevada Independent, Frierson said he’s planning to use one of his emergency leadership bills sometime after Tuesday’s deadline for bills to pass out of their house of origin to bring back parts of AB222, a measure sponsored by fellow Democratic Assemblywoman Heidi Swank. It proposed a bevy of rule changes for so-called “payday lenders” but failed to advance past last Friday’s committee deadline.

“The issue’s not over,” he said. “It’s important that we address it in some fashion.”

Frierson said he hasn’t come to a final decision on which provisions of Swank’s bill he plans to keep in his legislation. Her initial proposal — panned by company lobbyists as an “industry killer” —  would have:

The top-ranking Assembly Democrat, who has 10 “emergency bills” that can be introduced at any time during the session thanks to a change in legislative rules, said a rate cap was still “on the table” but that the 36 percent figure was overly ambitious.

“I think going from what our rate cap is right now to 36 percent would eviscerate the industry,” he said.

Any loan that charges more than a 40 percent annual percentage interest rate is considered a “high-interest loan” under Nevada law, subject to multiple rules and regulations on the length and conditions. Nevada doesn’t cap interest loan rates, which can often fall in the triple digits, but industry advocates say dollar amounts of interest are generally low and that they provide access to capital that traditional banks and other financial institutions don’t offer.

Several measures dealing with high-interest lending were introduced and heard during the first half of the legislative session, but the vast majority didn’t make it past the first committee deadline on April 14. Two bills introduced by Republican State Treasurer Dan Schwartz — AB67 and SB17 — died without a committee vote, along with Swank’s AB222.

Assembly Commerce and Labor Committee Chairwoman Irene Bustamante Adams scheduled Swank’s bill for a committee vote on Friday, but the measure was pulled at the last minute. She said while she was supportive of the general concept, several committee members had expressed concerns with the possible cost of a loan database.

“We were planning on it, but at the end it just didn’t have the support,” she said.

William Horne, a lobbyist for Advance America, said he wasn’t informed about the amended version of AB222 until a day or two before the Friday deadline, and that lobbyists for the payday lending industry generally didn’t work closely with Swank on the bill.

Swank said she was excited that the proposal was being brought back and said she wanted to negotiate in “good faith” with members of the industry to reach some sort of consensus.

“I’m not going to fix problems that don’t exist,” she said. “I will always work with folks.”

Payday lending and title loan companies gave a total of $134,000 to Nevada lawmakers during the 2016 campaign cycle, and hired close to two dozen lobbyists to represent them during the 2017 session.

Frierson said that he’s still working with Swank and other interested parties to see what politically viable, yet effective, changes can be made to the industry this session to avoid what he called an “unlimited tax” on people in dire need of financial assistance.

“We’re not going to do something symbolic,” he said. “We’re going to try and help some Nevadans who maybe have a need in this market but also have the right to have some parameters on that, so they’re not exploited.”