Birth freedom in Nevada, only state in the west that does not license midwives 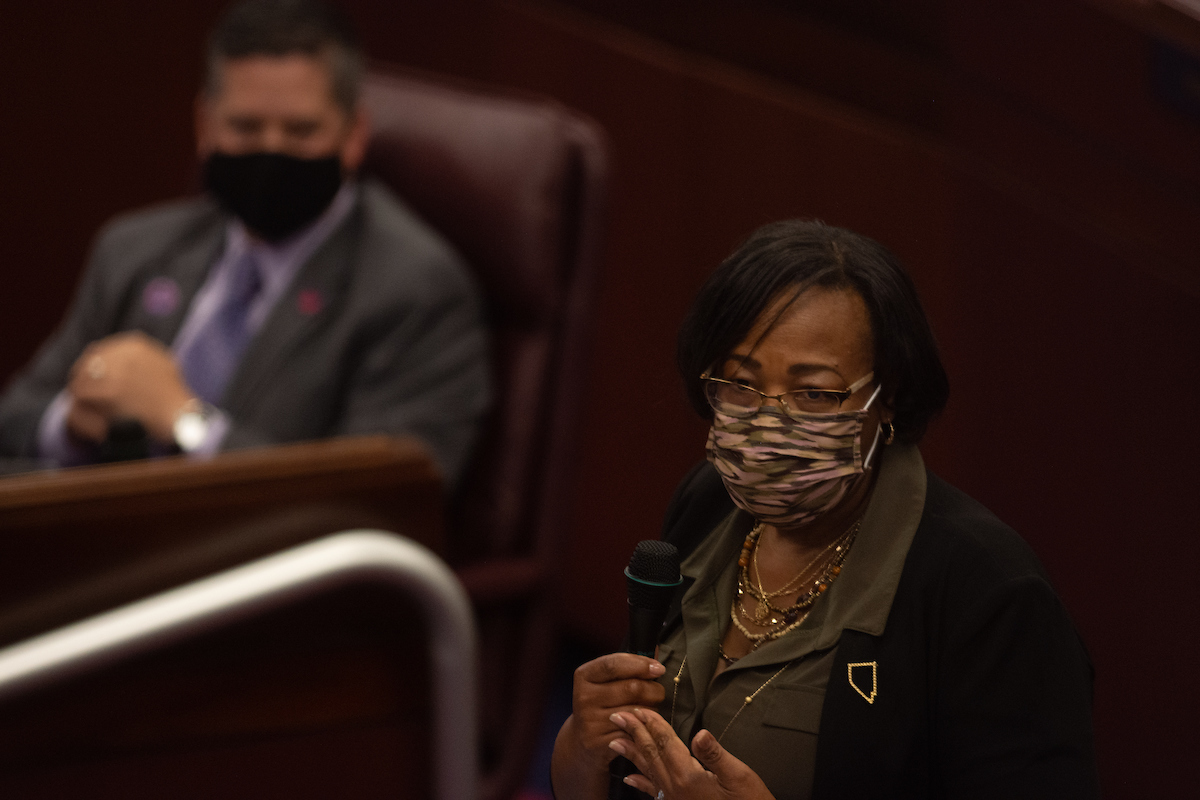 A bill to create a Board for Licensed Certified Professional Midwives aims to set education and training requirements for the profession, but faced backlash and concern of overly restricting birthing options.

The board established by AB387, sponsored by Democratic Assemblywomen Daniele Monroe-Moreno and Sarah Peters, would create a licensure process that Nevada does not have. Bill presenters explained that the license is optional and not required to practice midwifery in the state but would create a standard of practice, close the divide between home and hospital providers, provide accountability and improve outcomes.

“This has been a practice that has gone on for thousands of years, and I didn't want to negatively impact those who did not wish to have a license,” Monroe-Moreno said. “Licensure is the key to providing safe care for Nevadans that is consistent with the scope of practice, defined by the profession.”

The bill comes in the wake of a Las Vegas mother suing her midwife after her home birth resulted in one of her twins dying.

Members of the Assembly Commerce and Labor committee voted the bill out on Friday, along with a substantial amendment.

According to bill presenters, out-of-hospital births with a midwife allow mothers to have choices and plan on how they give birth, and not just follow a hospital’s birth routine. Out-of-hospital births can also be more cost effective including for those covered under Medicaid, saving families and the state money.

The bill would give mutual freedom of choice for expectant mothers and certified midwives as it allows for an open conversation on what the mother wants and hopes for during birth and what the midwife has experience with, whether she is licensed and whether the mother is comfortable with that.

“This bill does not take that option [to practice without a license] away at all. The only thing it does is give another option for families and for mothers,” Monroe-Moreno said. “But it also gives the state an opportunity to have midwives who choose to become licensed, and an opportunity to save money on the state side. And no one in any way interferes with a woman's choice, and the licensure is optional.”

Part of the education requirements include midwifery students to obtain their education from a Midwifery Education Accreditation Council (MEAC) institution, as opposed to Portfolio Evaluation Process (PEP) which is an apprenticeship program.

But there are no MEAC accredited midwifery schools in Nevada, which brought up concerns during a hearing last week that students may not be able to relocate out of state to attend in-person programs, online classes are difficult to access to those living in rural areas and tuition at MEAC schools might be unaffordable because only about half accept federal student aid.

Certified midwives who practice and trained in the PEP model and would like to become licensed would have to pass an exam and complete skills checks to be eligible to apply for licensure.

There’s also a similar bill aiming for midwife licensure being considered in the Senate, SB271, which was introduced by Sen. Scott Hammond (R-Las Vegas). That bill failed to pass out of committee before Friday’s deadline.

Representatives of the Nevada Association of Midwives said during public comment the organization opposes AB387 and believes SB271 is better fit to address the licensure issues but are willing to further work with Monroe-Moreno on AB387.

“One of the consistencies of this discussion, regardless of opposition or support, has been the idea of choice that birthing people deserve,” Peters said. “The current single model of covered care does not work to allow for those choices to be made by all birthing people.”