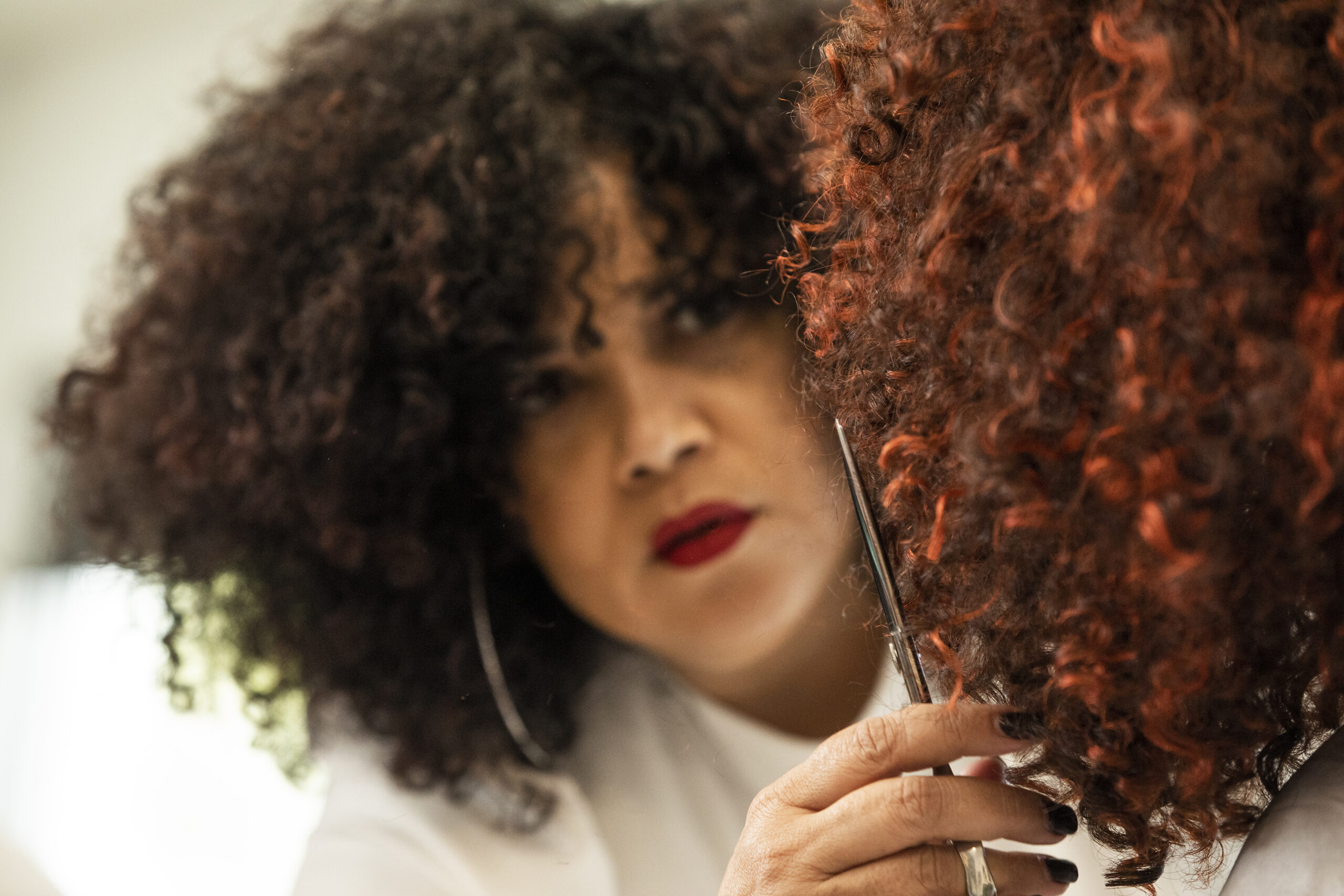 “Wait, we don’t use that word in here,” Green will tell her clients. “We just have, ‘He or she has highly textured, high density hair and we know how to work with it.’”

The problem, Green said, stems from centuries of stigmatization and a lack of education surrounding how to care for and appreciate natural hair — a term predominantly used to refer to textured hair unaltered by heat or other chemicals. She rattled off examples of a high school wrestler forced to cut off his dreadlocks, a news anchor fired for wearing natural hair on-air and a young man not allowed to walk at graduation because he had dreadlocks.

Concerns and situations such as the ones Green described led Nevada lawmakers to pass legislation this spring that made Nevada the 12th state to offer protections at places of employment and in schools based on hair texture attributed to African ancestry. Called the CROWN (Creating a Respectful and Open World for Natural Hair) Act, SB327 went into effect in June after it passed with bipartisan support and was signed into law by Gov. Steve Sisolak.

The legislation extends statutory protection to hair textures and protective styles (hairstyles designed to minimize manipulation and keep hair safe) such as braids, locs, twists and knots in the workplace and public schools. Lawmakers designed the measure to address a gap in federal civil rights protections that limits legal protections against racial discrimination to immutable racial characteristics such as skin complexion, but not attributes such as hair, cultural practices, weight or personal appearance.

During a forum on the bill held by the Nevada Equal Rights Commission earlier this month, Professor Wendy Greene, an anti-discrimination law and race scholar who teaches at Philadelphia’s Drexel Kline School of Law, said that though SB327 is rooted and shaped by the experiences of African descendants, it ensures that all individuals regardless of racial identity are protected from the various manifestations of racial discrimination that can result from hairstyle, language, clothing and accent.

State Sen. Dina Neal (D-North Las Vegas) — the first Black woman elected to the Assembly — said she was inspired to sponsor the bill following an incident where someone called her braided hairstyle "unprofessional" during her first term as an assemblywoman in 2011.

“I took issue with that,” she said. “I never stopped wearing my braids, but I took mental note.”

Neal said she carried that mental note with her for a decade, until the CROWN Act was passed this year. She added that she would have brought the bill forward sooner, but she was focused on passing other legislation and needed time to flesh out the concept.

Protections included in the bill have won plaudits from hairstylists such as Green, who remembers her mother using chemical relaxers that burned and smelled bad because people faced consequences for wearing their natural hair.

Recently, she had a client who went to an IHOP in Utah where workers talked about her and her family's hair, making degrading comments. The restaurant apologized, but her client's sister was so traumatized by the experience that she skipped her appointment at Green’s salon.

The broad-reaching law applies to state and local agencies, schools, workplaces and public works projects and gives the Nevada Equal Rights Commission authority to investigate and enforce the law. Along with expanding anti-discrimination protections, the law includes a more general anti-discrimination clause on promotion policy within school districts and city and county governments.

Greene said that the protections provided by the law address natural hair bans that leave people of color in a “catch-22” position: don their natural hair or risk being deprived of an employment or educational opportunity.

"For African descendants and so many, our natural hairstyles are a representation of our heritage, our culture, our religious identity. They really affirm our strength or courage," Greene said.

She added that forced assimilation via hair bans could have physiological, psychological, economic and physical consequences.

Naika Belizaire was one student who experienced those consequences first-hand.

Belizaire, who spoke at the forum on the bill earlier this month, was in eighth grade the first time she wore her hair in a natural style to school. Her teacher at the Las Vegas middle school Belizaire attended called her to the front of the classroom, said her afro was a distraction and promptly sent her to the principal’s office for violating the school dress code.

“I believe the way she worded it was that I was being belligerent and that I wasn't following her rules,” Belizaire told The Nevada Independent. “That I was the one being disrespectful to her learning environment.”

Though Belizaire said she expected to receive detention and a mark on her record, the principal only banned her from wearing an afro to school, telling her to put her hair in a ponytail or bun. If he saw her with her hair out, though, he said he would give her detention.

Belizaire described feeling relieved when she realized she would not be suspended, but hurt by the discrimination she experienced.

Belizaire, now a high school senior at Advanced Technologies Academy focusing on a legal studies track, said the experience gave her perspective on what it’s like to be attacked for a physical characteristic. She said she channels that perspective into a commitment to activism.

The almost-18-year-old serves as a member of CCSD Superintendent Jesus Jara’s Anti-Racism, Equity, and Inclusion Task Force and is setting up a mentorship program through which elementary and middle school girls of color can receive mentorship from their high school counterparts.

"It helps me get that drive, have that grit and helps me never stop fighting for what I want," she said.

As Green washes, cuts and styles her clients’ hair, she hears stories similar to Belizare’s all the time. Not all of them have a happy ending.

“The old saying that hairstyles become therapists, it's true. What we do behind the chair is more than just hair,” she said. “Those threads run so deep. Those stories are really deep and they're sad.”

Green said she focuses on untangling the negative self-talk of her clients and educating the public and other hairstylists on natural hair. She advocated for the passage of the CROWN Act, promoting information about it on social media platforms and views it as a massive step forward for the natural hair community, but said there is more to be done.

For decades, cosmetology schools have been segregated, she said, explaining that stylists either learn to cut Black hair or white hair — not both. As a biracial hair stylist, Green says she cuts both and is working to change the industry.

“Even though we see more curly hair and natural hair on all kinds of marketing out here in the world, and we see news reporters or celebrities rocking their natural hair, it's still not as widely received yet as it should be,” she said.