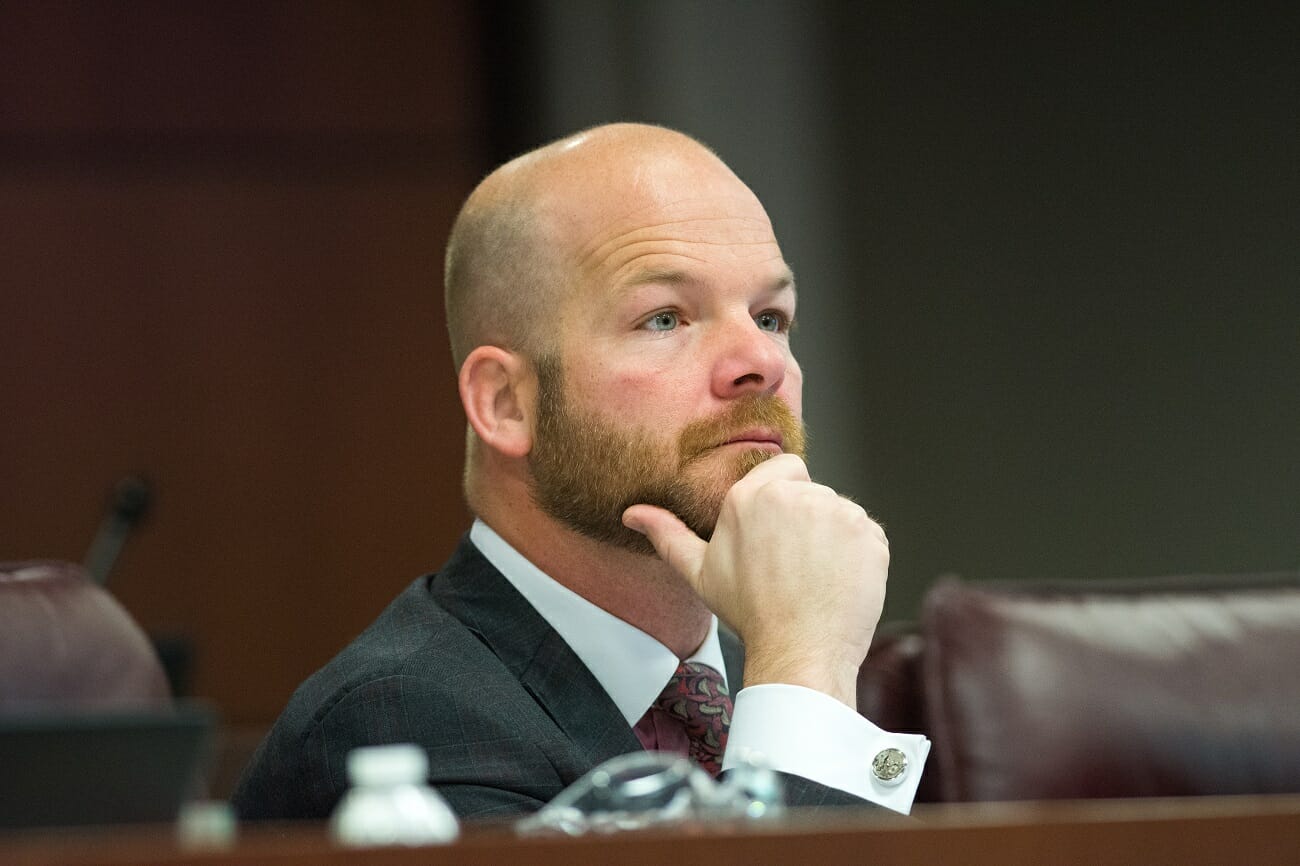 Although Nevada has only a tiny number of hydraulic fracturing wells, one Democratic legislator is pushing to ban fracking in the state.

Democratic Assemblyman Justin Watkins gave the first presentation of AB159, a hydraulic fracking ban,  on Tuesday. Watkins said he brought the legislation forward due to environmental concerns with the natural gas and oil procurement process, which involves shooting a highly-pressurized mixture of water, sand and chemicals thousands of feet into the ground to shake loose natural gas and oil to the surface.

Despite the state adopting regulations governing approval and management of fracking wells in 2014, Watkins said the number of studies showing a connection between fracking and health risks concerned him enough to want to ban it entirely.

“The overwhelming amount of evidence that has been compiled since we approved the regulations in 2013 show that no amount of regulation can eliminate the effects on human health through water contamination, air pollution or seismic activity,” he said.

Richard Perry, an administrator with the state’s Commission on Mineral Resources, said that Nevada has issued 20 permits for hydraulic fracturing wells and that five wells have been drilled in the rural eastern part of the state. Of the five, only one is actively producing oil.

In addition to banning hydraulic fracturing, the legislation would immediately expire active licenses for businesses to fracture. The state’s Division of Minerals estimated that the agency would lose around $4,300 a year in permit fees and per-barrel expenses.

Mineral Resources Commissioner John Snow said many of the health concerns were overstated, as Nevada’s regulations (which Watkins called “strict”) sufficiently covered concerns about groundwater contamination and required pre-approval of chemicals used in the process, along with other environmental concerns.

“Our current regulations meet and exceed all the best practices in the industry and allow the United States to continue to move forward on energy independence,” he said.

Perry said the state requires companies engaged hydraulic fracturing to reuse water — roughly 500,000 gallons a year — or have it sent to a treatment facility to avoid any groundwater contamination.

Republican Assemblyman John Ellison, who represents an Elko-area district that includes three of the state’s fracking wells, said he was impressed with the wells that he’s seen and stressed the importance of energy independence.

“I’d rather do fracking than pay someone a billion dollars to come out to kill us, because that’s what we’re doing with foreign oil,” he said.

Watkins said that while he understood concerns with effect of banning fracking would have on rural communities in eastern Nevada, the state should instead focus on renewable energy sources.

“If we step away from fossil fuel exploration in this state and move towards renewable energy sources, which we have in abundance, typically those jobs are filled by Nevadans,” he said. “So I think economically it makes more sense to go with AB159 than it doesn’t.”