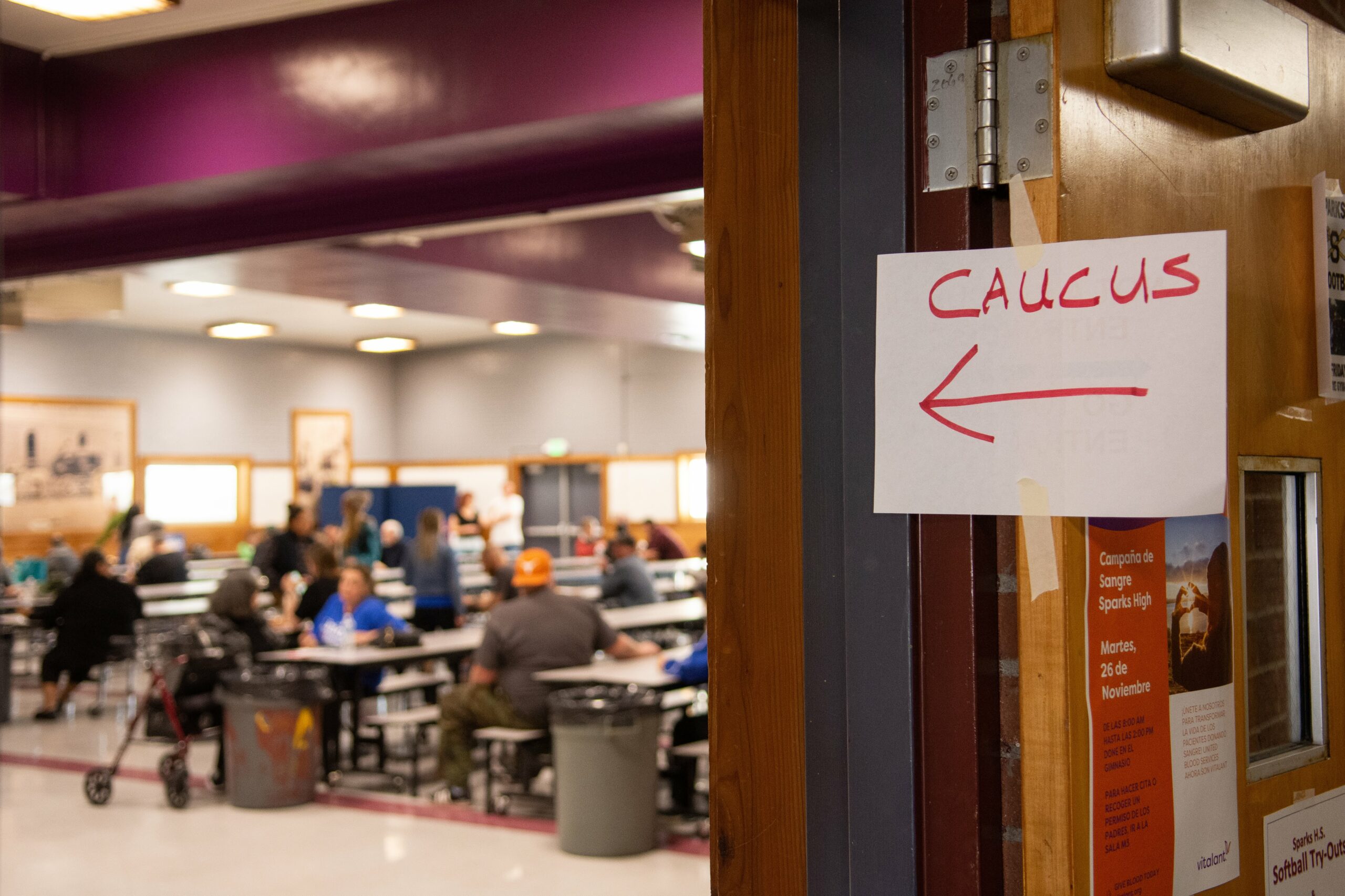 Nevada lawmakers have taken the first steps in processing legislation that would move the state to the top of the presidential nominating calendar in 2024 — though many hurdles outside the legislative realm remain.

Members of the Assembly Legislative Operations and Elections Committee voted along party-lines to approve AB126 on Thursday, the bill from Assembly Speaker Jason Frierson to end Nevada’s presidential caucus and replace it with a primary election that would leapfrog other states to the front of the nominating calendar.

Frierson said during the hearing that Nevada has “consistently punched above our weight” on major national issues from racial justice to climate change, and that the state’s population better reflects the nation as a whole.

“Our voices are diverse and better reflect the rest of the country than the current nominating structure,” he said. “It's time for Nevada to take its rightful place, not just first in the West, but first in the nation.”

The measure would also require at least 10 days of early voting, extending through the Friday before the election. It also copies over provisions allowing same-day registration that currently exist in law to apply to presidential primary elections.

The measure was lauded by a broad array of progressive and Democrat-aligned groups including the Culinary Union, Battle Born Progress, ACLU of Nevada, Nevada State Education Association, Faith Organizing Alliance and Mi Familia Vota, among others. Many said they were frustrated by the experience of the caucus, and that a move to a primary would make it easier to participate in the nominating process.

“Everyday working Nevadans, which are the communities that we and our partners work with on a daily basis, may not be able to commit to several hours to attend their precinct caucus,” Silver State Voices Executive Director Emily Persaud-Zamora said during the hearing. “It is simply inaccessible to many Nevadans.”

That decision ultimately rests with the national political party organizations, which set the nominating calendar and can take punitive action against states that violate party rules, including cutting the allocated number of delegates to party conventions (a similar attempted maneuver happened in Florida in 2011).

And the other three early nominating states will likely not take the leapfrogging lying down. New Hampshire has even explicitly written into state law that its presidential primary must be held seven days or more before another state’s “similar election.”

Asked by Assemblywoman Jill Dickman (R-Sparks) what Nevada could do if other early states reacted to the bill by moving ahead of the primary date set in AB126, Frierson largely demurred, saying the legislation was just the first step in state leaders “making the case” that it should go first.

“We are certainly not able to have a moving scale the way some states do, and so our job is to make our case, not just to the RNC and the DNC, but also to those other states that we are a better reflection,” he said.

The bill may get a warmer reception from the national Democratic Party, whose leaders have in recent weeks discussed moving South Carolina and Nevada to the front of the primary election schedule. It’s part of intense behind-the-scenes jockeying to shake up the nominating calendar after Iowa’s disastrous 2020 caucus and a desire to have more diverse states than Iowa or New Hampshire featured early in the calendar.

However, it could face a much colder reception from the Republican National Committee. The Des Moines Register reported in January that state Republican party chairs from the first four early states had met and agreed to work together to avoid any major changes to the current nominating process. Nevada Republican Party Chair Michael McDonald submitted a letter opposing the measure, saying that “trying to play chicken with primary dates is not a battle we will win.”

Jim DeGraffenreid, one of Nevada’s Republican National Committee members, said the bill would likely run afoul of current national political party rules on when nominating contests could be held, and said that the party didn’t think it was a “good use of state resources” to switch to a primary.

“Leaving us the choice of how to nominate our own candidates is far more fair than having the state dictate that we abandon a fair and inclusive process,” he said.

Republican members of the committee also balked at the potential cost of the measure — a fiscal note submitted by the secretary of state’s office estimated that the cost of holding a primary election to be around $5.2 million. Dickman said she was also concerned that the measure likely violated national political party rules and could lead to Nevada losing its early nominating spot, but Frierson said that wasn’t the case.

“I have not received any indication that this is jeopardizing our position in the West, let alone in the country,” he said.