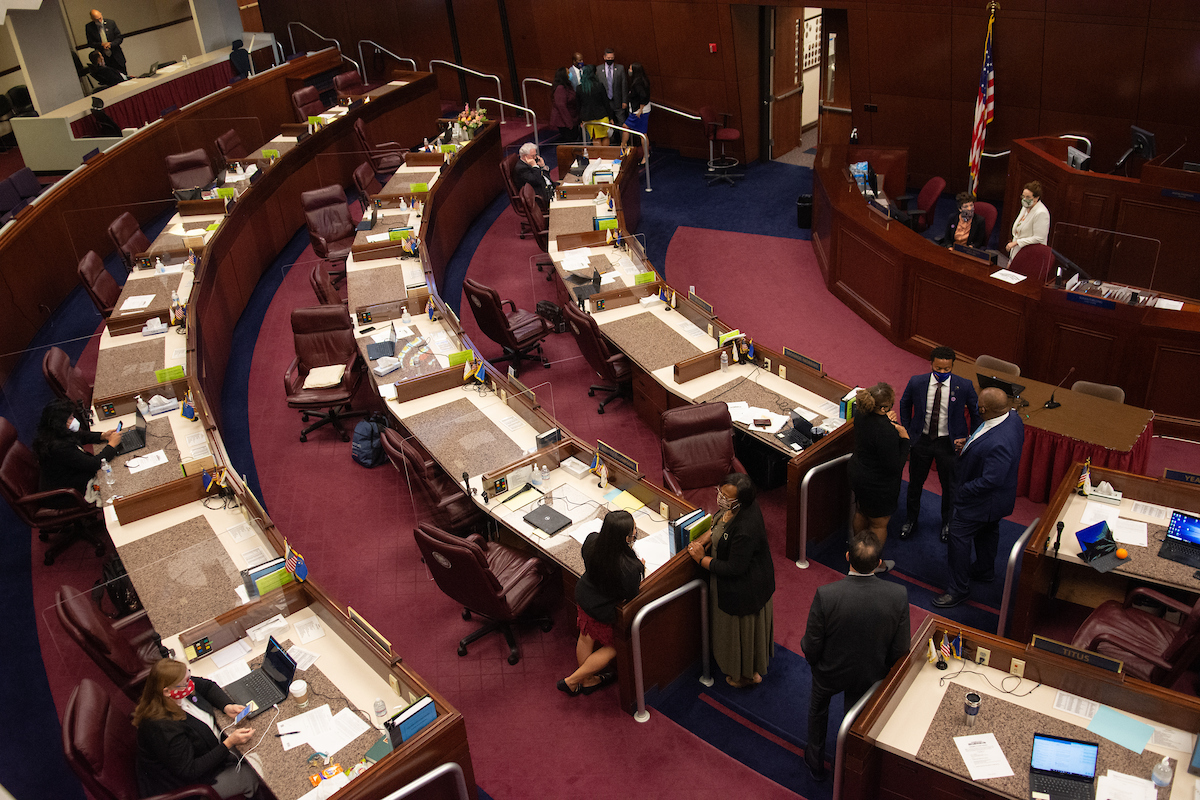 A panel of Nevada lawmakers has approved allocating more than half a billion dollars through federal aid earmarked for rental assistance and K-12 school expenses.

Members of the Interim Finance Committee met Monday to approve allocation of more than $633 million in federal aid dollars, including $124 million in rent assistance and nearly $500 million for public, private and charter schools to help address costs stemming from the COVID-19 pandemic. The committee typically meets between legislative sessions, but serves as the primary body to accept federal dollars coming into the state.

All of the proposed areas and grants for funding were approved unanimously by the committee. Democratic legislative leaders touted approval as a major step toward addressing housing insecurity and in preparing school districts for the return of students to classrooms.

“The approval of more than half a billion dollars for rental assistance and school safety is just the first step we will take toward our state’s recovery this session,” Senate Majority Leader Nicole Cannizzaro said in a statement. “Making sure we assist families struggling to stay in their homes and getting students safely back in classrooms are top priorities for Senate Democrats.”

The funds come from the $900 billion federal aid deal approved and signed into law by former President Donald Trump in late December 2020.

The largest chunk of accepted dollars comes through two grant programs dedicated to educational expenses — one a $477 million grant for public school districts and charter schools, and the other a $31.3 million grant for non-public schools, which includes private and parochial institutions. The dollars will largely be allocated through sub-grants to individual school districts, with the intended purpose of providing “education services” — such as technological capacity, remote learning, and costs associated with bringing students back to in-person learning at a greater level.

The funds have to be expended within the next calendar year, but lawmakers otherwise said they were pleased that the funds could be used for a wide variety of purposes.

Federal funds for rental assistance are expected to benefit up to 20,000 households in the state, according to an estimate from the Nevada Housing Division based on average payments made to applicants. Applicant eligibility is limited to individuals with incomes below 80 percent of the average median household income, with a prioritization for anyone who has not been employed in the last 90 days or has an income below 50 percent of the average median area income.

The dollars can only be used to pay rent, utility bills, arrears related to rent or utility payments or any other housing-related costs affected by the pandemic. Funds are directly transferred to the landlord or utility company, not the renter themselves.

Stephen Aichroth, head of the Nevada Division of Housing, said that the federal government requires the state to distribute out at least 65 percent of the funds by September 2021, or else the remaining money will be clawed back to the federal government. As long as the state meets that goal, funding for the program (if not completely claimed) will be available through the end of March 2022.

“We know there's a great demand for assistance,” he said. “We know that there are time constraints which accompany these funds. Please know the division, the sub-grantees are preparing to get these funds out the door and into the hands of those who have rental and utility arrears and continuing rent and utility burden as quick as possible.”