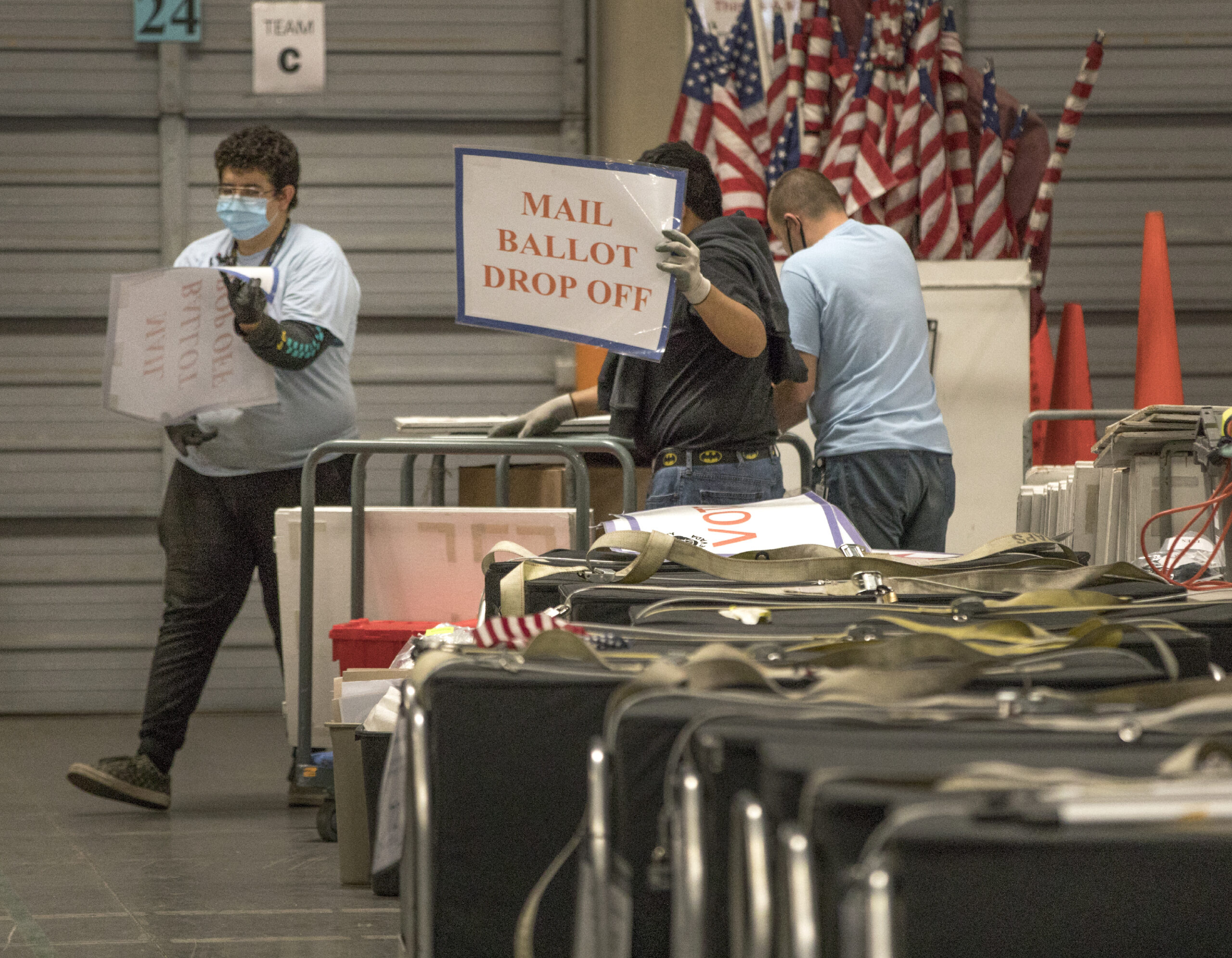 Nevada legislators have approved spending another $2.2 million to facilitate Nevada’s switch to a largely vote-by-mail state ahead of the 2022 election, pushing the total cost north of $14 million.

The funding request, passed unanimously by members of the Interim Finance Committee on Wednesday, comes from the secretary of state’s office and was described by Deputy Secretary of State for Elections Mark Wlaschin as the list of necessities to successfully implement new mail voting requirements for the 2022 election.

“There were certainly some nice-to-haves that we had discussed that may come further on down the line, but this request, specifically, [are] the essentials for the 2022 election cycle based on input from all 17 of the counties,” he said during the meeting.

The additional funding comes on top of $12.2 million already allocated by lawmakers last year as part of AB321, the bill implementing the move to permanent, expanded mail voting.

The bill allows voters to opt out of being mailed a ballot by providing written notice to their local or county election clerk (such as through an online opt-out form), and the measure maintains certain minimum requirements for in-person polling places.

According to a memorandum submitted to lawmakers, the requested $2.2 million would be split between the secretary of state’s office and county election clerks for the cost of ballot drop boxes, ballot tracking software, signature curing software, ballot sorting equipment and increased pay and signature verification training for poll workers.

Asked by committee chair Sen. Chris Brooks (D-Las Vegas) why the costs were not detailed during the legislative session, Wlaschin said it “was the best information we had available at the time,” and that the requests for additional funding were a product of meeting with election officials in other states with similar mail ballot systems that gave Nevada officials a better understanding of the technology and costs needed to successfully implement the new mail balloting system.

Additional documents submitted to lawmakers noted that the secretary of state’s office was able to fund the mail voting changes used in the 2020 election cycle by tapping into nearly $4.5 million in federal CARES funding, which helped implement numerous security processes to carry out the “monumental change in the Nevadan electoral process.”

“These processes, once thought to be temporary measures for an election cycle during an emergency, are now expected to be routine aspects of all future elections,” the document stated. “A reversal or cessation of these additional processes will equate to a de facto reduction of the security and transparency of Nevada’s elections.”

The largest cost approved Wednesday is an expansion of ballot sorting technology, which covers machinery that sorts ballots by precinct, electronically scans and captures signatures while uploading them to a database, and rapidly open mailed ballots.

Wlaschin said that county election workers in the 2020 election had to sort mail ballots by hand, and that the request was based on the assumption that as more voters switch to mail ballots, “that these requirements for the sorting by precinct are going to continue to go up, which will be, again, either more manpower intensive, or could be mitigated by the use of these types of machines.”

In total, the new ballot sorting technology will cost $1.79 million.

The funding would also help cover a contract with BallotTrax, software that notifies voters through a telephone call, text message or email on all steps the ballot takes, including when it is received by the post office, processed and counted, or encounters any signature verification issue. The service was a free trial in 2020, but the office requested $114,000 for the 2022 election cycle to continue funding the service moving forward.

It would also cover funding for a $108,000 contract with “Txt2Cure,” a software program that notifies voters through their mobile devices if a clerk cannot verify their signature on a mail ballot.

According to a memorandum prepared by Wlaschin, many of the signature databases used by clerks did not have “high quality” images. In the 2020 primary and general elections, about 25,000 ballots required signature curing, of which 15,300 were cured, he said. About 3,000 of those ballots were cured by voters who were notified by the “Txt2Cure” software process.

Funding would also cover the purchase of fire suppression units to be placed in ballot drop boxes, which come in pairs and reduce the risk of ballots being burned or damaged by arson. Each pair cost $100.

The secretary of state’s office also said the funding would help pay for 137 new ballot drop boxes (on top of more than 1,000 already in use) based on requests from counties, because of an expected increase in voters turning in ballots through drop boxes and not through the mail.

The total cost of the additional ballot boxes and fire suppression units is just over $242,000.

Another portion of the funding would help cover a requirement from AB321 to provide forensic signature verification training for all county and city clerks and their staff members. Wlaschin’s memorandum stated that the office only found one person who could offer that training, who would charge $1,800 per class but refused to create a video going over the training.

Offering that class for the likely hundreds of election workers could cost more than $90,000, so the office instead requested $1,800 for one member of the office to take the course and then use that information to create a training video for other election workers.