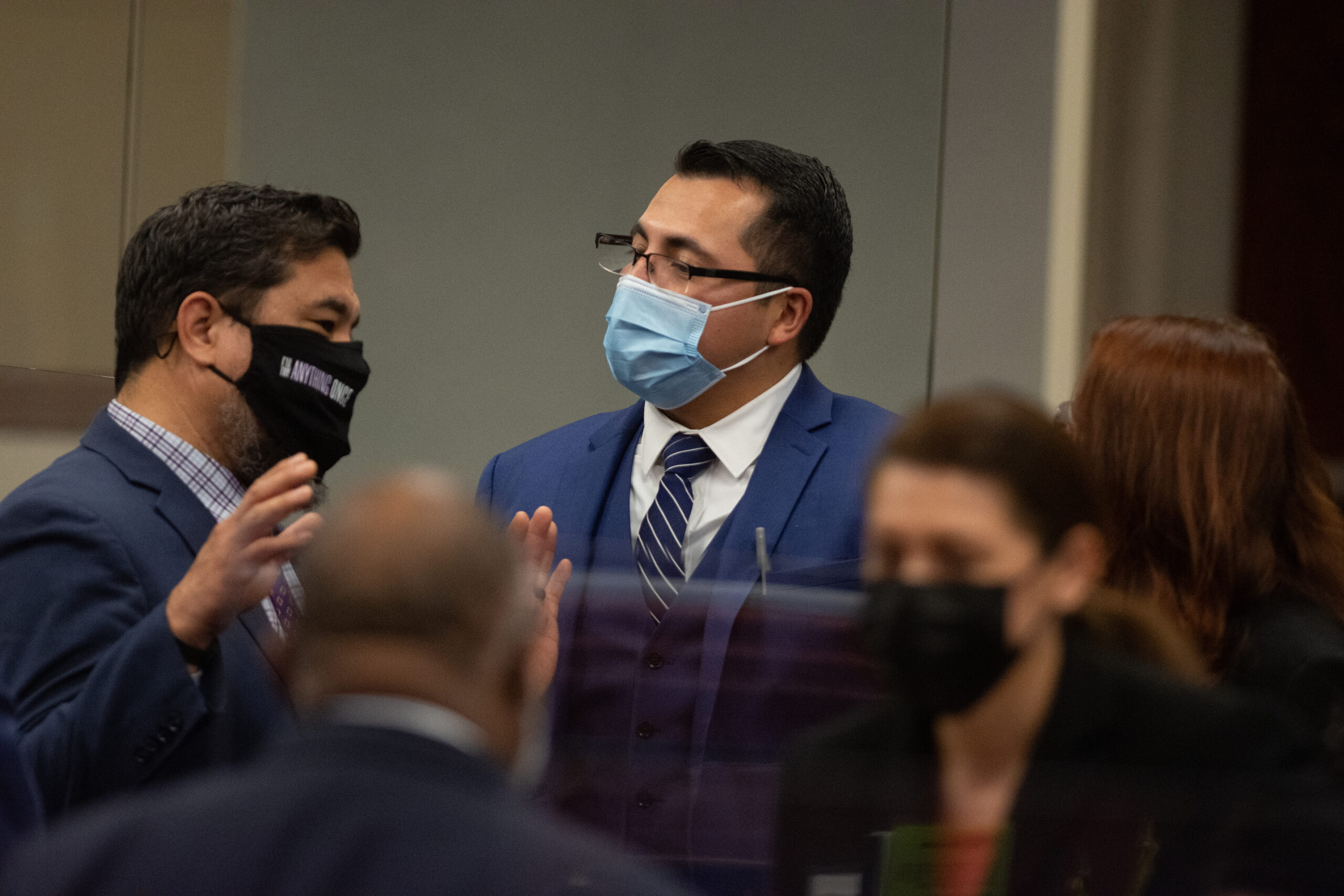 But after watching a family member suffer with an irreversible terminal illness, Flores said that he wanted to bring forward AB351, a bill allowing terminally ill patients to self-administer life-ending medication.

"This is not a question about choosing between living and dying," Flores told members of the Assembly Health and Human Services Committee during a Wednesday hearing. "This bill is about having control, and a choice at the moment of dying."

Modeled after Oregon's 1997 Death with Dignity Act, AB351 would authorize a physician to prescribe medication designed to end a patient's life in instances where a patient is at least 18 years of age, has been diagnosed with a terminal illness by at least two doctors, has been given six months or less to live, is a Nevada resident, is making an informed and voluntary decision and is not requesting medication because of coercion.

The bill revived a debate that has emerged in the last three legislative sessions and generally falls along partisan lines, with Democrats primarily in favor and Republicans mainly in opposition.

Under Nevada law, terminally ill patients can refuse resuscitation or treatment to keep them alive, but not to actively take a drug to end their life.

Advocates supporting the legislation said that it would create a safe and peaceful option for terminally ill patients wishing to end life on their own terms. Safeguards — stipulating that the process be self-directed and requiring patients to make two verbal requests within at least 15 days of each other and one written request signed by a witness not related by blood, marriage or adoption — will ensure that patients understand their choice, proponents said.

The bill also specifies that patients can revoke a request for the medication at any time, and no one but the patient can administer the medication. Physicians and pharmacists could choose to participate in the process, but those opting not to help the patient would need to refer them elsewhere.

"We cannot forget that only the dying person can determine how much pain and suffering is too much," Flores said. "This law puts the decision in the hands of the dying person, in consultation with their doctor and their loved ones."

Under the proposed legislation, death certificates for those who chose medically assisted death would list the terminal condition as the cause of death, which supporters argue is accurate because the patient would not need drugs otherwise. But Assemblywoman Robin Titus (R-Wellington), who works as a doctor, worried that not listing the actual cause of death could skew data surrounding terminal illnesses.

"The diagnosis of six months doesn't mean that's inevitable," Titus said. "When I have a discussion of what the average lifespan is on a person with X disease ... not being allowed to say yes, they took this medication, but with the caveat with a terminal disease by saying that they died from pancreatic cancer which is absolutely not true."

Opponents also voiced fears that insurers would steer patients to assisted death because it is cheaper than treatment options. It would pave the way for increased suicides and family members looking to take advantage of dying relatives, they added.

"I have an incurable and irreversible condition that cannot be cured or modified by any current medical therapy or treatment. In fact, I have several. They're called disabilities," Hammon said. "So even though the bill cleverly does not say the word 'disability,' there I am. All you need is an opinionated doctor to make a subjective pronouncement of my eminent death, which many would be very willing to do, and I meet the definition of terminally ill."

Others expressed worries that the legislation would harm communities of color who experience systemic inequalities in the health care system.

The stipulation that the process is self-directed negates chances for coercion, said Kimberly Callinan, president and CEO of Compassion & Choices, a "death with dignity" advocacy nonprofit. She said that more education is needed surrounding end-of-life care for minority populations.

"This bill — it does work to ensure that nobody will be pushed into this as an option," Callinan said.

Supporters of the bill shared stories of loved ones establishing residency in other states in order to access the end-of-life care they wanted. Kathleen Boho testified in support of the measure with a story of three relatives who passed away from congestive heart failure and received relief through California's End of Life Options Act.

"I'm not afraid of death, but I am afraid of the dying process," Boho said. "Nevada is my home and I want to die in Nevada, but I plan to move to a state which allows end of life options, if and when I am diagnosed with a terminal illness."

One of the most challenging situations for terminally ill patients is the silence surrounding the dying experience, said Peg Sandeen, an Oregon social worker.

"This silence arises out of the society's unwillingness to face the death directly," Sandeen said, noting that death is part of life and "by enacting this law, the Nevada Legislature will send a strong message that a compassionate response to suffering is available in the state."

The committee didn’t immediately take action on the bill on Wednesday, but the emotional testimony affected lawmakers such as Assemblyman Gregory Hafen (R-Pahrump).

"It has made me do some soul-searching and actually maybe do some research in the Bible because this is a very tough conversation for us to be having today," he said.