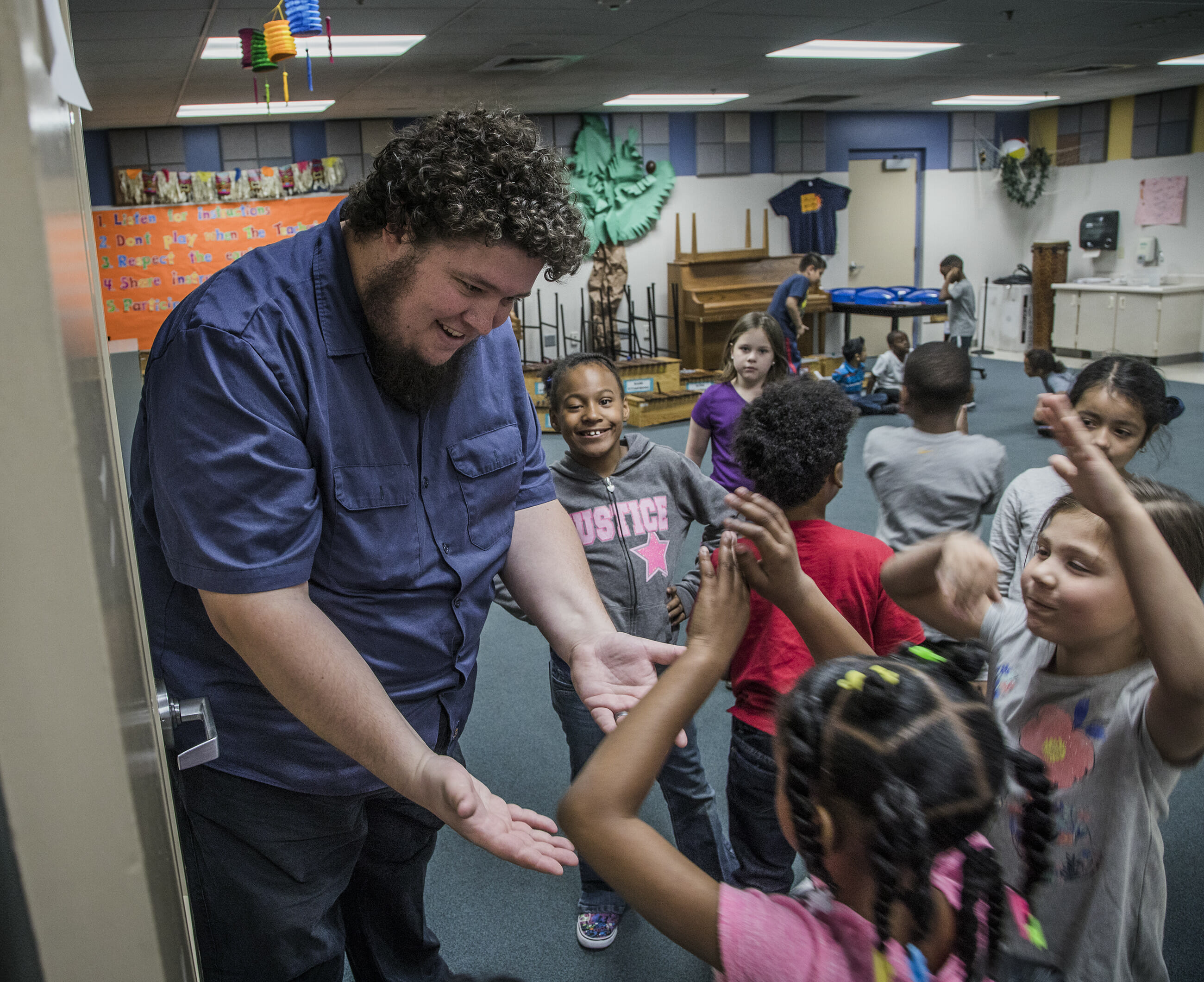 By Michelle Rindels and Jackie Valley

Democratic lawmakers are trying to eliminate — or at least reduce — the role standardized tests play in evaluations of teachers, saying educators are being unfairly judged on factors outside of their control.

If the concept that’s in three separate bills passes, it would be a reversal from 2011, when Republican Gov. Brian Sandoval’s office led a charge to develop evaluations that were based 50 percent on student academic performance. Today, Sandoval’s office says he’s adamant about accountability but would consider changes that improve teacher evaluations.

The idea doesn’t have the backing of the state’s top education official, though. State Superintendent Steve Canavero testified against the bills.

Democratic Assembly Speaker Jason Frierson, who sponsored one of the bills, said he’s always been troubled that teachers are rated on standardized test scores. He said his perspective was shaped when he saw children with tumultuous home lives in his past work with the child welfare system.

The 2011 initiatives called for evaluations rating teachers on a four-point scale from ineffective to highly effective. If teachers were rated “ineffective” or “minimally effective” for two consecutive years, they could return to a probationary status, under which they’d be easier to fire.

The efforts were based on the idea that it’s too difficult to oust an ineffective teacher, and a bad teacher can significantly hamper a child’s future academic process. Nevada needed to change its evaluation system to be eligible for a federal grant, which it didn’t end up winning.

Since then, a group called the Teachers and Leaders Council has been trying to hammer out a fair evaluation system. The process took years longer than expected, with lawmakers tinkering with requirements each session, and the group decided in January that it would recommend not using test scores at all in the evaluation — a position opposite the state education department.

The system has never been fully implemented, meaning teachers have not been given evaluations that could make them more fireable. Last school year, in a test period, the state found nearly 99 percent of teachers were ranked “effective” based only on observations, and about 86 percent were ranked effective when student achievement data, too, was incorporated.

Under the current law, teacher evaluations this school year are based 20 percent on student achievement. That will increase next school year to 40 percent: 20 percent from statewide tests and 20 percent from local assessments that are picked by the county school board, such as a system of personalized “student learning goals.”

The Assembly Education Committee heard testimony on three bills that would alter the criteria for how teachers’ effectiveness is measured. AB212 would prohibit the use of student test scores in evaluating teachers, while AB320 would eliminate statewide test results as a measure but allow local assessments to account for 20 percent of the total evaluation. A third proposal — AB312 — would ensure that teachers in overcrowded classrooms not be penalized for certain evaluation metrics deemed out of their control given the student-to-teacher ratio.

Several people who testified in support of AB320 pointed out that standardized tests don’t take into account chronic absenteeism or high transiency rates — both of which affect student learning. Lou Markouzis, principal of Lowman Elementary School in northeast Las Vegas, said the school receives 10 to 30 new students each week, with just as many moving away.

“This creates challenges in using an end-of-the-year assessment to measure teacher effectiveness,” he said. “In many of our schools a great number of those students have not attended the school they take the test in.”

Canavero, however, said only students who attended a school since October would be counted in the statewide assessment data. He testified in opposition to AB320, arguing it’s premature to make changes to an evaluation system that’s not fully implemented.

“Each session there has been a change to the evaluation system, and the change contemplated in this bill will add further to confusion or the wait-it-out mentality,” he wrote in his opposition statement.

Educators who testified Monday also said standardized tests don’t accurately depict student growth during the year. For instance, students may improve their math skills by two grade levels but still not be at the “proficient” level for their age, they said.

Audrey Beardsley, a researcher at Arizona State University, cautioned lawmakers against being “mesmerized” by the promised objectivity of standardized tests. They have their own flaws, she argued, estimating that 90-95 percent of researchers who are looking at the effects of high-stakes testing agree that they’re not moving the dial on teacher performance.

The evaluations were a major policy priority for Sandoval in 2011, when he invited former Washington, D.C. schools chancellor and education reformer Michelle Rhee to be his guest at his State of the State address to help the state have a “frank and honest conversation about public education.”

In the speech, he pushed to end teacher tenure, eliminate the protection of seniority in layoffs, “rely heavily on student achievement data in evaluating teachers and principals” and offer $20 million in incentives to the most effective teachers.

“Nevada has many effective teachers in our schools,” he said at the time. “But there are also some who have no business teaching or serving as an administrator. It is unacceptable that children in classrooms literally across the hall from one another achieve at dramatically different levels because of the quality of their teacher. The current system cannot address this.”

But as the process has worked itself out over the past six years, Sandoval appears willing to change some of the provisions approved earlier in the process.

“The governor and the Legislature made an unprecedented investment in education last session and a condition of raising revenue was the assurance that accountability measures would be put in place to make sure the money was helping our students,” his office said in a statement on Monday. “However, the governor does want to ensure that teacher evaluations are reflecting student achievement and growth, and if there are ways to improve those reviews, he will consider it.”

Lawmakers have until the end of Friday to pass these bills out of the committee; otherwise, they will die. The Assembly Education Committee meets again Wednesday.