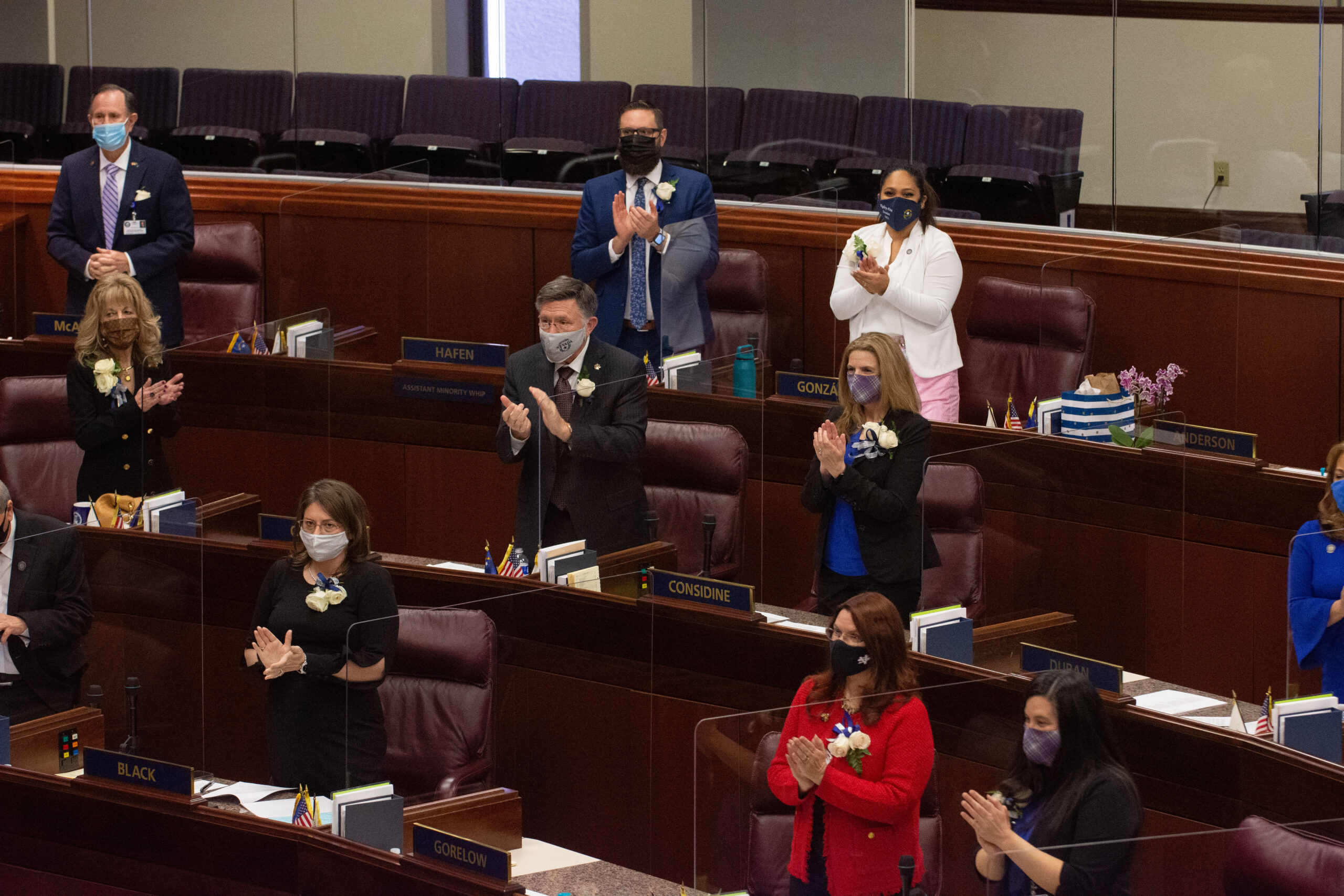 A resolution that proposes to amend the Nevada Constitution to guarantee equal rights could make its way into the 2022 general election ballot if approved this session, although it faced criticism from conservative opponents that it’s not “pro-women.”

The resolution, SJR8, sponsored by all 12 Democratic senators, was approved in the 2019 legislative session with broad, bipartisan support in both chambers and is back for its second consideration. If approved, voters can weigh in on the issue during the 2022 general election.

“The time is now to show the nation that we as Nevadans lead when it comes to equality for all,” Senate Majority Leader Nicole Cannizzaro (D-Las Vegas), one of the primary sponsors of the bill, said at a hearing by the Senate Committee on Legislative Operations and Elections on Wednesday. “We have to continue to fight to just obtain the simple rights that should be and ought to be guaranteed in our laws and in our constitutions.”

In 2017, Nevada ratified the Equal Rights Amendment (ERA) 45 years after Congress passed the federal ERA, which was designed to amend the U.S. Constitution to guarantee equal legal rights for all American citizens regardless of sex. But in order to be added to the Constitution, it needed approval by 38 of the 50 states. By the 1982 extended deadline, 35 states had ratified the ERA, falling short until more recent ratifications from Nevada, Illinois in 2018 and Virginia in 2020.

According to The Associated Press, the Department of Justice issued an opinion on Jan. 6, 2020, saying it was too late for states to sign off because of the deadline and the amendment process must begin all over again.

Later that month, Nevada, Illinois and Virginia filed a lawsuit petitioning the U.S. archivist to recognize the state’s ratification of the ERA and to officially declare the ERA as the 28th Amendment of the U.S. Constitution since every legal requirement was met after the three states ratified. The states’ attorneys general argue that the deadline is not binding.

The resolution up this session would amend the Nevada Constitution to include that rights shall not be denied or abridged “on account of race, color, creed, sex, sexual orientation, gender identity or expression, age, disability, ancestry or national origin.”

During public comment at the hearing, opponents expressed their concerns that the resolution might not be "pro-women." Many shared stories of cisgender women losing opportunities such as sports scholarships for competing with transgender women, or feeling uncomfortable to share bathrooms, locker rooms or women’s shelters with transgender women.

Even though “creed” is in the resolution, many said they worried that the language is too vague for not also including “religion.” They said their concern is that businesses would be punished for their religious beliefs if they do not agree with the sexual orientation, gender identity or expression of a customer or employee.

Others in opposition feared that the resolution would allow taxpayer-funded abortions based on the argument that any restrictions on abortions would be considered unconstitutional under the ERA. Cannizzaro explained in the hearing that SJR8 does not provide for that.

“What Senate Joint Resolution No. 8 does provide for, is that we ensure that there is equality under the law,” Cannizzaro said.

Sen. Pat Spearman (D-Las Vegas), who led the Nevada efforts to get the U.S. Constitution changed and is a primary sponsor of SJR8, emphasized persistence when dealing with the opposition. She cited the persistence of abolitionists to end slavery, that of activists to get the 1964 Civil Rights Act passed, that of HIV and AIDS activists to ensure human dignity, and that of members of the LGBTQ community to gain marriage equality, among others.

“Persistence is a hope and fuel that the indomitable spirit of this movement has and will have until we see victory,” Spearman said. “We've waited long enough for equal rights to be incorporated into our state constitution … We must be brave in protecting the weak, the downtrodden, the oppressed. We must be brave in lifting our fellow Nevadans to a place of justice and equality.”