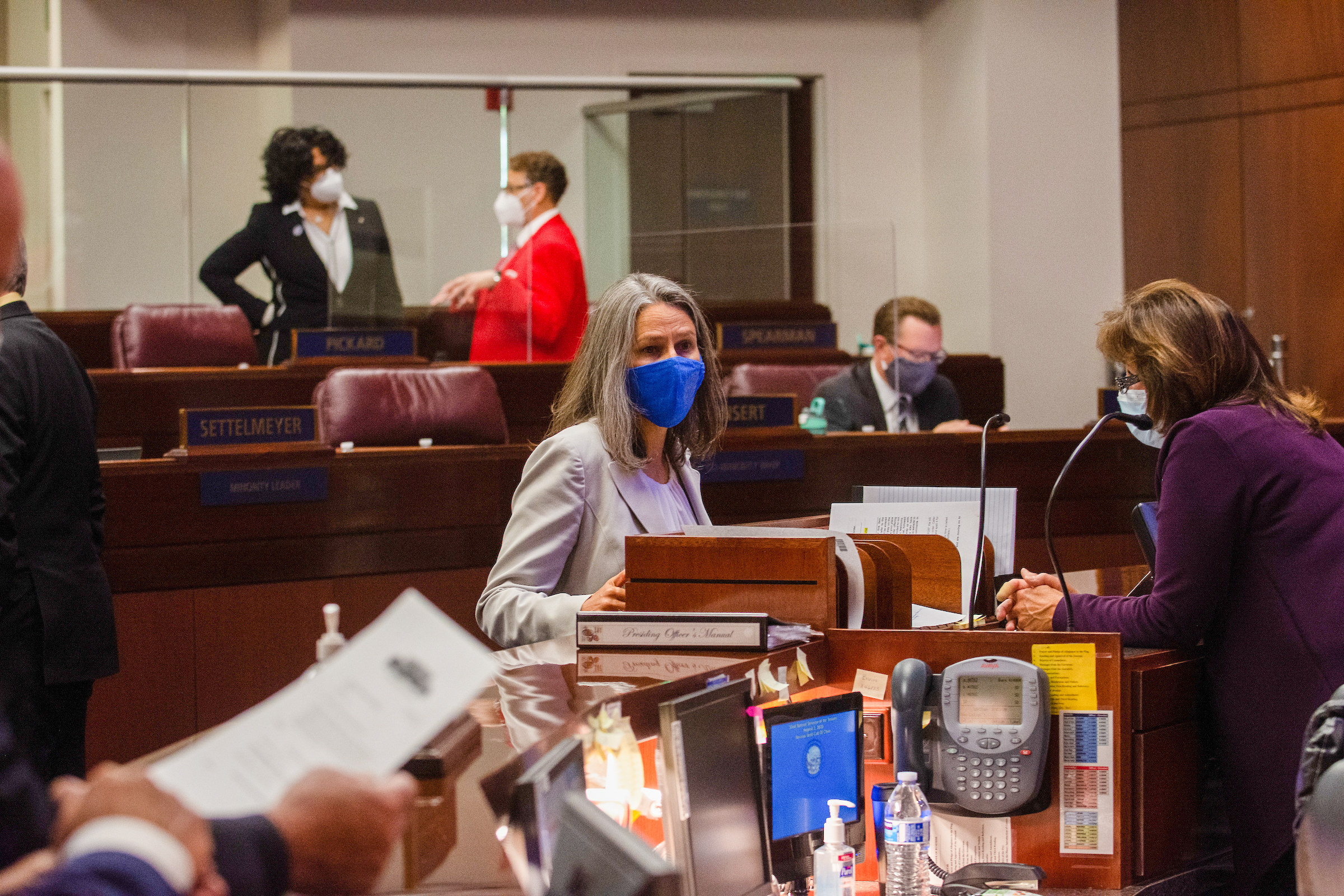 In 1981, lawmakers passed a bill earmarking five dollars from every state marriage license to benefit domestic violence programs. Forty years later, that surcharge has gradually increased to $25, but advocates and lawmakers say the surcharge still falls woefully short of meeting funding needs for those programs.

The last time the surcharge increased was in 2009, Ratti added, noting that the state can make up for 11 years of lost purchasing power by doubling the surcharge. The total cost of a marriage license in Nevada ranges from $60 to $80 depending on the county: Clark County-issued licenses cost $77, Washoe County charges $60, and Lyon County charges $80.

The bill, which requires a two-thirds vote, passed out of the Senate on a 16-5 vote earlier this month. Several Republicans opposed the measure over concerns that increasing the cost of a marriage license would dissuade people from getting married.

"[It's] completely inappropriate to put the cost of this effort squarely on the back of the marriage industry," Sen. Keith Pickard (R-Henderson) said, noting that he would want to fund sexual and domestic violence through the state's budget, not a fee increase.

But support centers do not have the luxury to wait for lawmakers to find alternative funding sources, Sen. Dallas Harris (D-Las Vegas) said.

"The choice before us is to increase this funding, or not … whatever the justification, may be," Harris said. "Is there some reason that the women of Nevada, who need help today, need to wait?"

During the Thursday bill hearing, Assemblywoman Lisa Krasner (R-Reno) praised the measure, noting that the average cost of a wedding in the United States runs upward of $33,900, including the ring.

"We spend so much money on a wedding with fancy dinners and open bars and a beautiful cake and a band and on and on and on and a dress and a ring," Krasner said. "And we can't increase the fee for victims of sexual assault in 16 of our counties? It's really shocking to me."

Ratti said the bill will have a tremendous effect for sexual violence and domestic violence service providers throughout the state.

"In 40 years, we haven't figured out a better way to do this. And people have tried," Ratti said. "So I strongly believe that the best path forward is to use the mechanism that is already in law, and make sure that it is enough of a resource to get the job done."