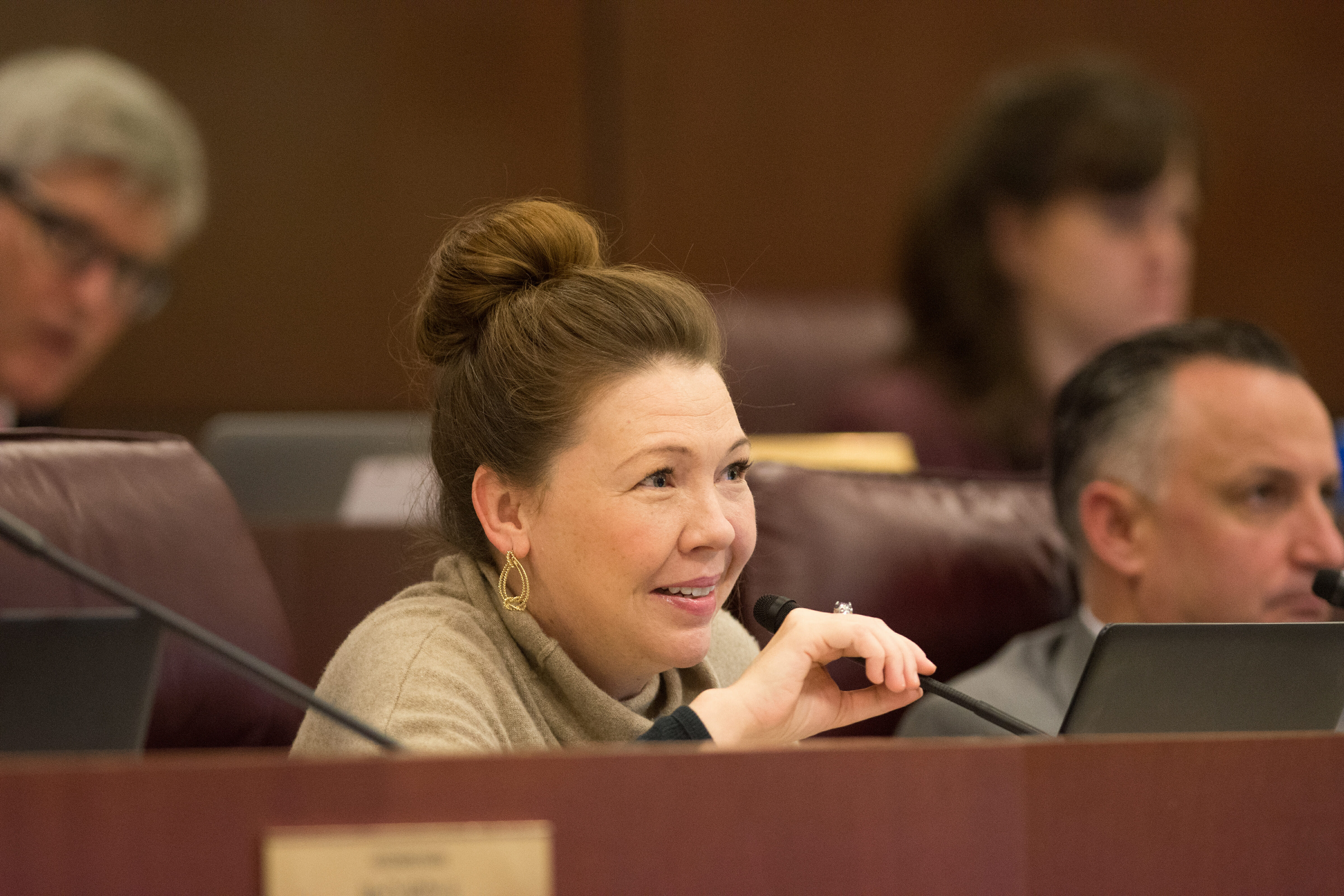 A Nevada lawmaker says he’s considering filing an ethics complaint against a fellow legislator who was recently revealed to be a registered foreign agent for the Kingdom of Saudi Arabia.

Republican Assemblyman Jim Wheeler told reporters on Thursday that he was considering filing an ethics complaint against Democratic Assemblywoman Shannon Bilbray-Axelrod, whom the Las Vegas Review-Journal identified as a registered foreign agent for the Kingdom of Saudi Arabia.

Wheeler said he thought Bilbray-Axelrod should recuse herself from voting on a bill that would ban hydraulic fracturing given the Middle Eastern country’s role in oil production, and said that her role lobbying for the government is troublesome.

Bilbray-Axelrod and three other women employed by Organized Karma, a consulting firm based in Las Vegas, were revealed by the Review-Journal to be registered as lobbyists subcontracted by Qorvis MLSGroup to work on behalf of Saudi Arabia.

In paperwork filed with the U.S. Department of Justice shortly before the 2016 election, Bilbray-Axelrod said her services included “outreach to media, influencers, state and federal elected officials regarding the Justice Against Sponsors of Terrorism Act,” which would allow victims of the 9/11 attacks to sue the government of Saudi Arabia.

In a statement sent Thursday afternoon, Bilbray-Axelrod said she had resigned from Organized Karma and regretted any “unintended consequences” her actions may have caused.

"Although I’ve already been on unpaid leave, this morning I made the decision to resign from Organized Karma effective immediately,” she said in a statement. “The questions that have come as a result of my employment are distracting and unfair to the constituents in my district.

Bilbray-Axelrod was first elected to the Assembly in 2016, defeating Republican Matt Williams by a 59 to 41 percent margin.

Wheeler said he would make the decision on whether or not to file an ethics complaint by the end of the week.