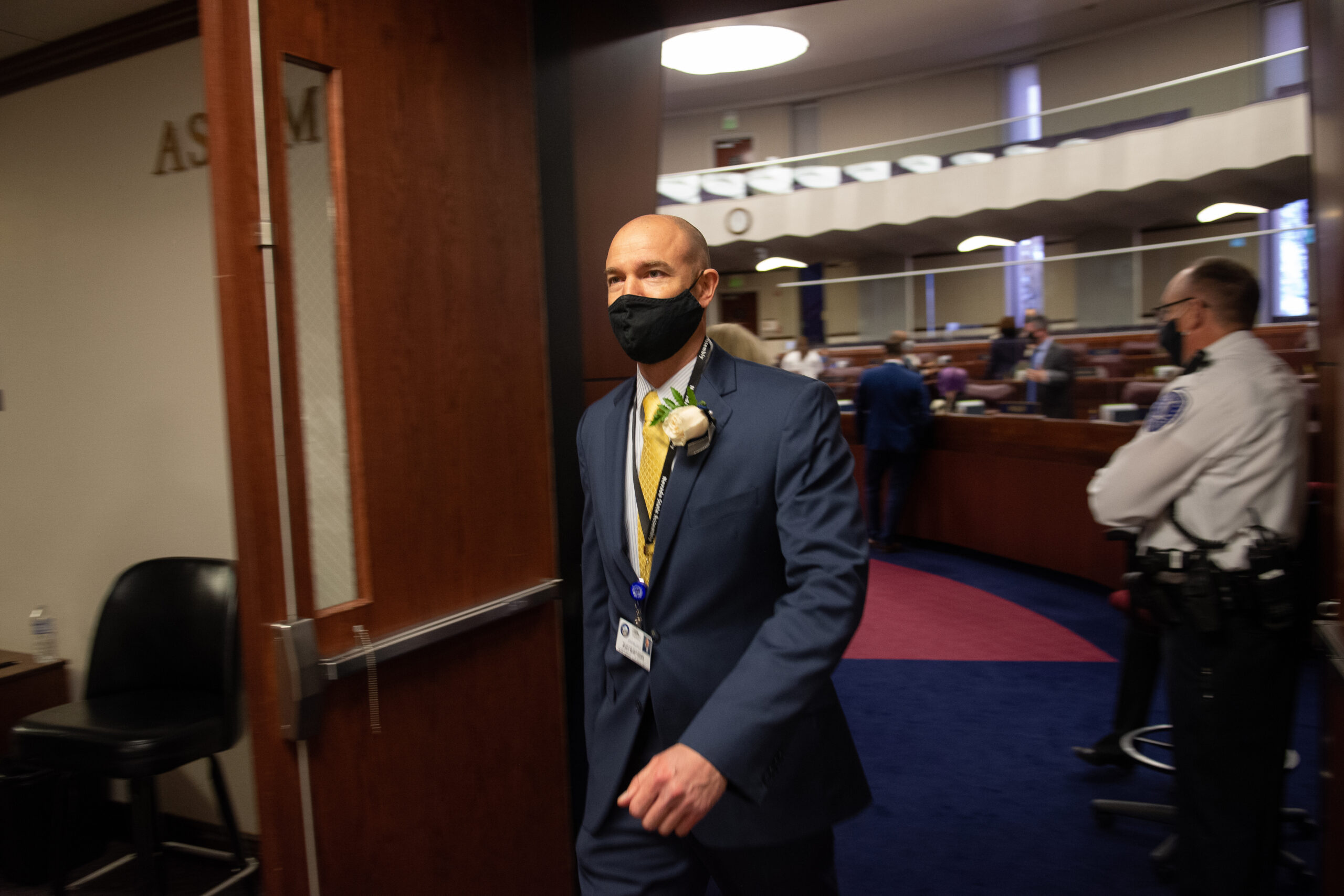 A group of government agencies is opposing a bill that would strengthen penalties for delaying or denying public records requests, though supporters of the bill argued on Tuesday that it would increase transparency and compliance.

Existing law allows a requester who has filed a public records lawsuit to recover both costs and attorney’s fees from an agency that has unreasonably delayed or denied access to public records or charged excessive fees for documents. AB276, a bill sponsored by Assemblyman Andy Matthews (R-Las Vegas), would entitle a prevailing requester to an award that is double the cost of the lawsuit, in addition to reasonable attorney’s fees.

“We’re opposed to this bill because increasing the amount of attorney’s fees and costs that can be awarded is not going to make some of these requests any less complex,” Matthew Christian, assistant general counsel for the Las Vegas Metropolitan Police Department, said during a Tuesday hearing on the bill. “It's not going to eliminate the need for courts. It's just not going to be effective.”

Christian was one of 13 people who testified against the bill during the half hour of opposition testimony — the group also included representatives of the city of Henderson, city of Las Vegas, Washoe County, the Nevada League of Cities, the Nevada Association of Counties and the Nevada District Attorneys Association.

Matthews said that his bill would address the “ongoing problem of noncompliance of public records requests” by providing greater incentive to government entities to fulfill requests.

“The underlying goal here is not to see an increase in the amount of money paid out in the form of penalties,” Matthews said during the hearing. “The goal is to avoid penalties and even lawsuits to begin with by ensuring stricter compliance with public records requests.”

However, opponents of the bill argued that it would actually increase the number of lawsuits brought forward.

“It's literally an invitation to litigation,” David Cherry, government affairs manager for the city of Henderson, said during the hearing. “Some requesters may see the potential for a large payday and will look to make difficult requests with hopes of collecting on generous penalties.”

Cherry and other bill opponents also pointed to a previous piece of legislation — SB287 from the 2019 session, which imposed civil penalties upwards of $1,000 on agencies that willfully fail to comply with public records requests — saying that that law already imposes strong enough penalties.

“We believe that the existing penalties and statute are sufficient to address those cases where there may be a bad actor,” said Vinson Guthreau, deputy director for the Nevada Association of Counties. “SB287 struck a balance between fines and those governments that are acting in good faith to individuals.”

Support for Matthews' bill was limited in comparison to the wide swath of government agencies opposing the bill, but those advocates argued for stronger incentives in situations where an agency may be stonewalling a requester.

“There is no mechanism to enforce the law other than requiring the citizen at their own cost and expense to initiate litigation,” Robert Fellner, vice president and policy director for a conservative think tank, Nevada Policy Research Institute, said during the hearing.

Fellner said that average citizens likely would not risk thousands of dollars of their own money to pursue a lawsuit over a public records request, and because of that, greater penalties that encourage government agencies to comply with requests help empower those who want to engage with the government.

Matthews, who is the former president of the Nevada Policy Research Institute, also said that the issue is not a partisan one and that it is important to “unite in support of the principle of open government.” He pointed to other states with similar penalties, including California, where Democratic lawmakers in the state have introduced legislation similar to his bill.

“[The bill] would add no clarity to existing public records law, which already results in litigation due to the vagueness of existing provisions,” Cherry said.

Another bill opponent, Wesley Harper, who is executive director of the Nevada League of Cities, added that the lack of clarity in the current law leaves local governments to handle the burden of determining what information they are required to release as public record.

“If this bill also included a definitive and clear definition of a public record, it would significantly improve its construction,” Harper said.

Tuesday’s hearing marked the first time the bill was discussed in the Legislature. The committee did not hold a vote on the bill.