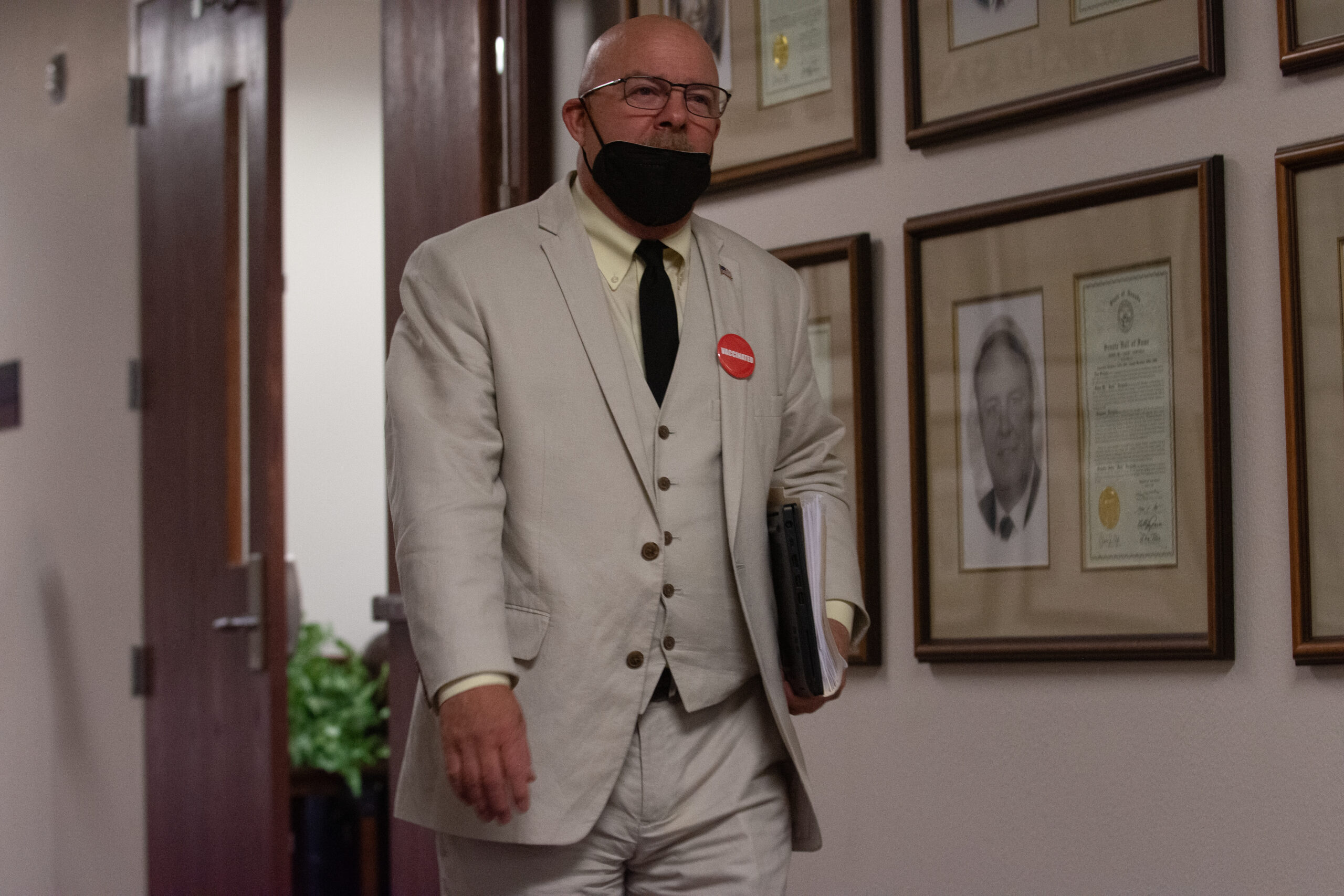 Sen. Ira Hansen (R-Sparks) angered some Native advocates earlier this month when he rebutted the historical accuracy of testimony shared by tribal leaders and elders, but doubled down on his comments saying he was focused on accuracy.

Native elder Delaine Spilsbury and Confederated Tribes of the Goshute Reservation Chairman Rupert Steele delivered testimony during a hearing on AB171 earlier this month, explaining the importance of Spring Valley (known as Bahsahwahbee in Shoshone) where they said hundreds of Indigenous people were killed in at least three massacres between 1850 and 1900.

During the hearing, Spilsbury emotionally recounted her own grandmother’s experience of surviving a massacre as a young child.

“As she hid in a ditch, she witnessed bloodthirsty thugs viciously kill off her relatives and friends and desecrate her place of worship, her place of solace,” Spilsbury said. “For the remaining Nuwu people, it is our firm belief that the swamp cedars in Spring Valley embody the spirits of the lives lost during these massacres, bodies of our relatives nourished those junipers. Their spirits, souls and remains are all that is left in Spring Valley in those trees. That is why I continue to visit.”

But Hansen pushed back on the historical accuracy of the massacres described in Spilsbury’s testimony and by Steele in a letter of support for the bill. During the hearing, Hansen argued that there were anomalies between the testimony and the historical record, including indications that U.S. Cavalry divisions were involved in the 1897 massacre while saying there was no cavalry in the region at that time.

“No offense to anybody, but the historical inaccuracies disturb me, as part of the bill,” Hansen said during the hearing in early May. Despite concerns, Hansen ultimately voted to pass it during the Senate Natural Resources Committee meeting last week.

The Nevada Native Voters Alliance called for a public apology for the comments from Hansen earlier this month, stating that they “reflect a lack of cultural competency and Indigenous education that is endemic in this country” in a press release.

“It's super disrespectful for Senator Hanson to assert that he knows more about tribal history than our tribal people,” Taylor Patterson, executive director of the Nevada Native Voters Alliance, said during an interview with The Nevada Independent last week. “If he's truly a student of history, as he says he is, he realizes that history is written from a certain perspective and often leaves out indigenous perspectives as well as other BIPOC communities.”

In an interview, Hansen apologized for hurting people’s feelings but said he would not apologize for his statements on the historical record.

“I'm standing by it,” Hansen said during an interview Thursday with The Nevada Independent. “I apologize for hurting their feelings. But you know, I'm not going to apologize for basically saying something I think is inaccurate, it’s inaccurate.”

Hansen said he thinks the history needs to be “solid” in the language and history behind both the bill and a separate resolution urging Congress and the Biden administration to designate the area as a National Heritage Area.

“I’m voting for this. The only thing that concerns me is we have some historical things that frankly just aren't accurate in this thing,” Hansen said during floor debate on AJR4 on Friday, adding that he believes the region merits protection for the 1863 massacre but continued to raise doubts about the massacres in 1859 and 1897.

Patterson said she didn’t expect Hansen to offer an apology, but hopes the exchange could spur the senator and others to increase conversations with tribal leaders and community members, adding that the Legislature would benefit from having elected tribal members to represent their communities.

“So we have this issue where we're not being included, number one, schools are not teaching about Native Americans in a real meaningful way, and then we have legislators that are perpetuating stereotypes and false narratives about our people,” she said.

Hansen also said that he considers himself native to Nevada, as well, as his grandfather arrived in the Great Basin region in 1925.

“I'm as much a product of the Nevada desert, born right here, so in my mind I'm a Native American too,” he said. “True, I don't have the ancestry that goes back thousands of years, but hundreds of years in my case, almost a hundred.”