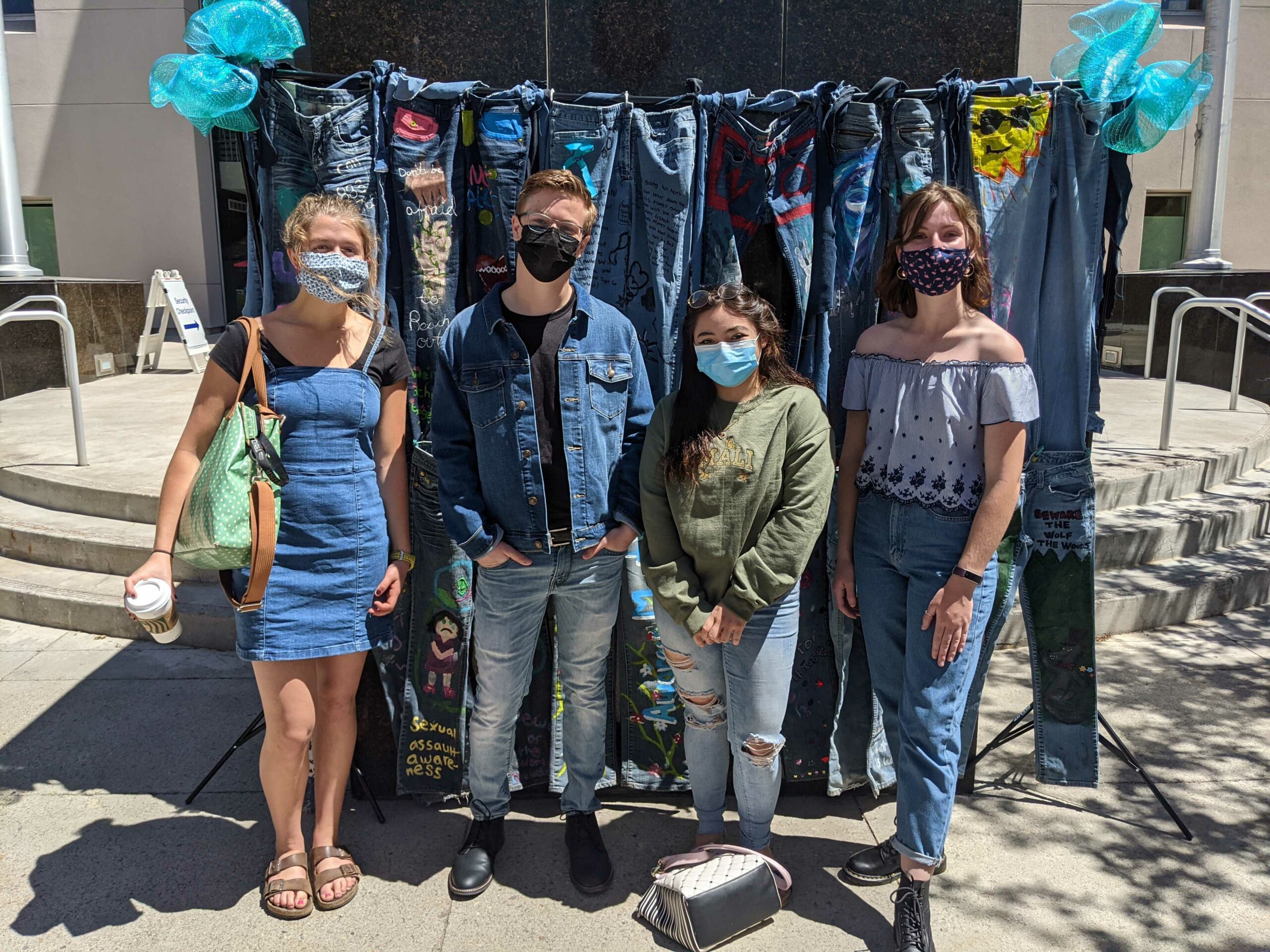 For one day every session, lawmakers and Legislative Counsel Bureau staff swap out their slacks and blazers for denim jackets and blue jeans in solidarity with victims of domestic and sexual violence.

The tradition referred to as "Denim Day," stems from a 1990s ruling in the Italian Supreme Court that overturned a rape conviction based on the observation that a victim-survivor had implied consent because her jeans were so tight she must have assisted with their removal. Following the ruling, women in the Italian Parliament wore jeans in solidarity, calling out victim-blaming and shaming.

But lawmakers and advocates with the Nevada Coalition to End Domestic and Sexual Violence said Wednesday that the denim was more than a solidarity fashion statement — it also provided a real opportunity to highlight bills this session aimed at curbing sexual misconduct and violence.

Assemblywoman Selena Torres (D-Las Vegas) said that AB384, which would require each institution within the Nevada System of Higher Education to participate in a survey on sexual misconduct, implement a sexual misconduct policy and establish a victim's advocate, is just one step to more significant sexual assault reforms.

"Unfortunately, I received too many calls from friends that were survivors of sexual violence," Torres said during the press conference. "Being on the other end of that phone, I knew that we needed to take action. I knew that it was time that we passed policy that was going to address the issue of sexual violence in our institutions."

Student advocates from UNR helped draft the legislation and said that problems would continue to occur without change.

"Every single one of my friends that are girls ... have been sexually assaulted," UNR student Douglas Collins told The Nevada Independent. "Honestly, the vast majority of them have not said anything. So if we could at least have some sort of anonymous climate survey so we can at least know what's going on, that's really important."

Another measure that Scheible highlighted is SB364 — a bill that requires all hospitals and emergency centers to provide emergency contraceptives to sexual assault survivors.

"By passing SB364 ... any person who finds themselves in this unenviable and horrible position of being in an emergency room, and being possibly impregnated and not wanting to be, they have the full backing of the law behind them to say, 'I'm entitled to an emergency contraceptive,'" Scheible said.

But much of the focus fell on SB177, a bill sponsored by Sen. Julia Ratti (D-Sparks) that seeks to increase the fee on marriage licenses to provide funding to each county to develop sexual violence advocacy services. The bill, which requires a two-thirds vote, passed out of the Senate on a 16-5 vote earlier this month, with several Republicans opposing the bill over concerns about doubling the license fee to pay for sexual violence services.

The last time that marriage license fees increased was in 2009, Ratti said, adding that by doubling the fee, the state can make up for 11 years of lost purchasing power and expand sexual violence services to all of Nevada's counties.

"We don't have enough resources, there's a waiting list," Ratti said. "To me, That's not acceptable."