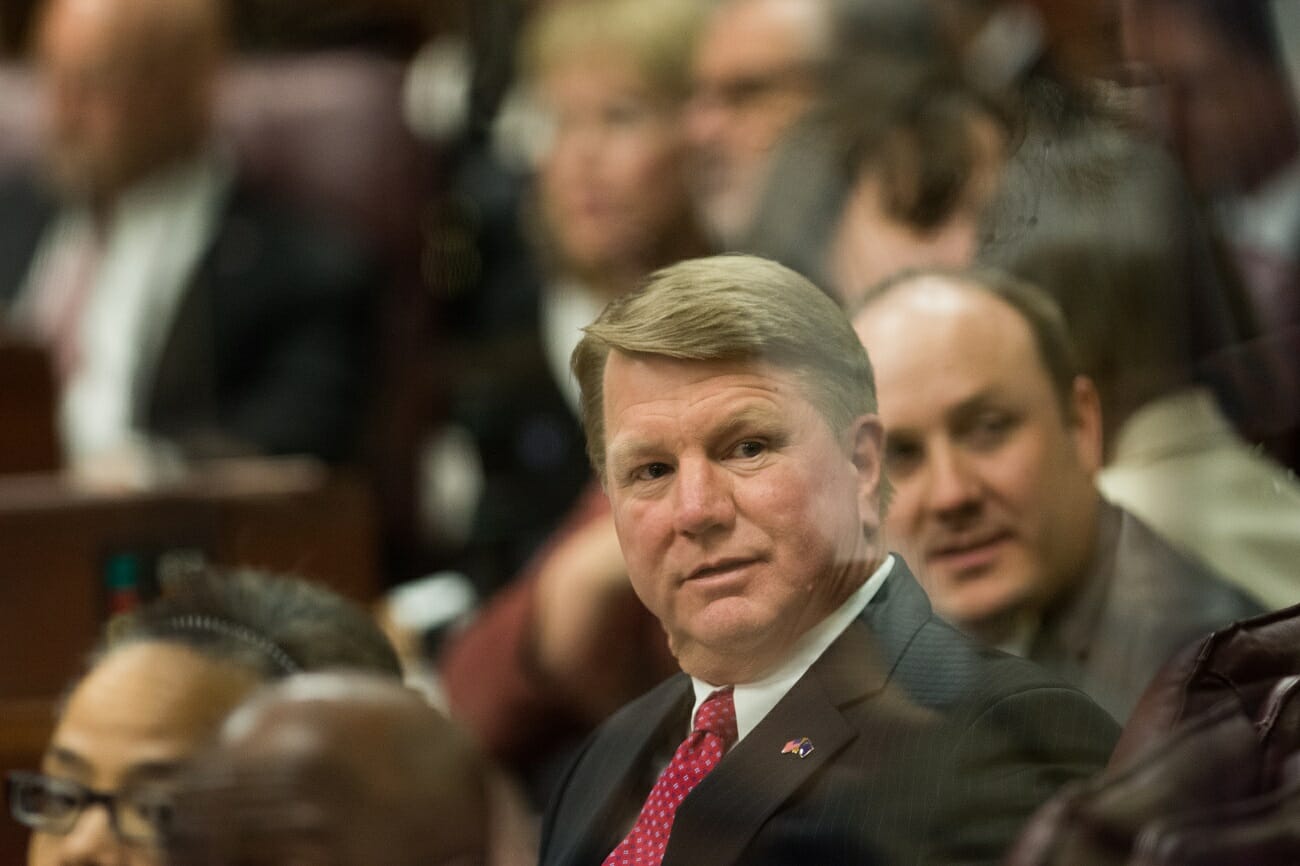 A Republican assemblyman listed as the “legislative advocate” for a business group founded by a controversial former legislator says he’s no longer involved with the group.

Assemblyman Jim Marchant, a freshman Republican, is currently listed as the “Legislative Advocacy Committee Chairman” for the Real Chamber of Commerce, a pro-business group led by former Assemblyman Brent Jones.

But Marchant said in a brief interview on Thursday that he was no longer involved in that capacity. However, he confirmed that his business Desert Ice was still involved in the group. A spokesperson for the Republican Assembly Caucus later sent a clarifying statement.

“Early in the session, in order to dedicate myself entirely to my legislative duties, I stepped down from my voluntary role with The Real Chamber of Commerce,” Marchant said in a statement. “While I share their desire to create jobs and keep Nevada moving forward, I wanted to ensure that I was focused full time on behalf of my constituents in Assembly District 37.”

The group was founded after the election by Jones, who served one term in the Assembly and ran a group of mostly unsuccessful primary challengers, including his son Blaine, against Assembly members who voted for tax increases during the 2015 session. Brent Jones lost his 2016 re-election bid to Democrat Justin Watkins by 54 to 46 percent.

On the group’s website and in a video recorded after the start of the session, Marchant pledged to send out updates and calls to action as needed on “any and all” legislation that impacts Nevada businesses.

“First and foremost, I want to be your ‘eyes and ears’ in Carson City,” he wrote on the group’s website. “I will be your advocate, protecting your investments and businesses from burdensome taxes and regulations that stifle economic growth.”

An email sent to the Real Chamber was not returned Thursday.

It’s unclear whether serving as a legislative advocate for an independent business group would count as a conflict of interest for an active lawmaker. Legislative ethical oversight, including conflicts of interest, resides in a somewhat murky area as the legislative branch is generally immune to oversight from the state’s Commission on Ethics as related to “core legislative functions.”

Lawmakers have constitutional authority to police members or offer opinions, but the Assembly and Senate legislative commissions dedicated to ethical oversight rarely meet.

State law specifically exempts “employees of the Legislature, Legislators, legislative agencies or legislative commissions” from the definition of a “lobbyist,” and the legal provisions and rules governing registration and restrictions on lobbyists. Marchant said he checked with the Legislative Counsel Bureau’s legal team to ensure that he wasn’t violating the conflict of interest rules found in the Assembly standing rules approved at the start of the session.

Nevada Commission on Ethics Executive Director Yvonne Nevarez-Goodson said that Marchant’s activity — whether or not it violated conflict of interest standards —  would likely fall outside of the commission's jurisdiction.

“If there were prohibitions against a legislator serving in a lobbyist role or if the legislator ultimately ended up sponsoring or voting on legislation that directly impacted a business organization in which that legislator had employment or other fiduciary ties, that conduct would likely not fall within the Ethics Commission’s jurisdiction as they are core legislative functions,” she said in an email

Marchant was also listed as a host for a fundraiser for Las Vegas city councilman Stavros Anthony in February, a move which appeared to flirt with violating the fundraising blackout period for state legislators.