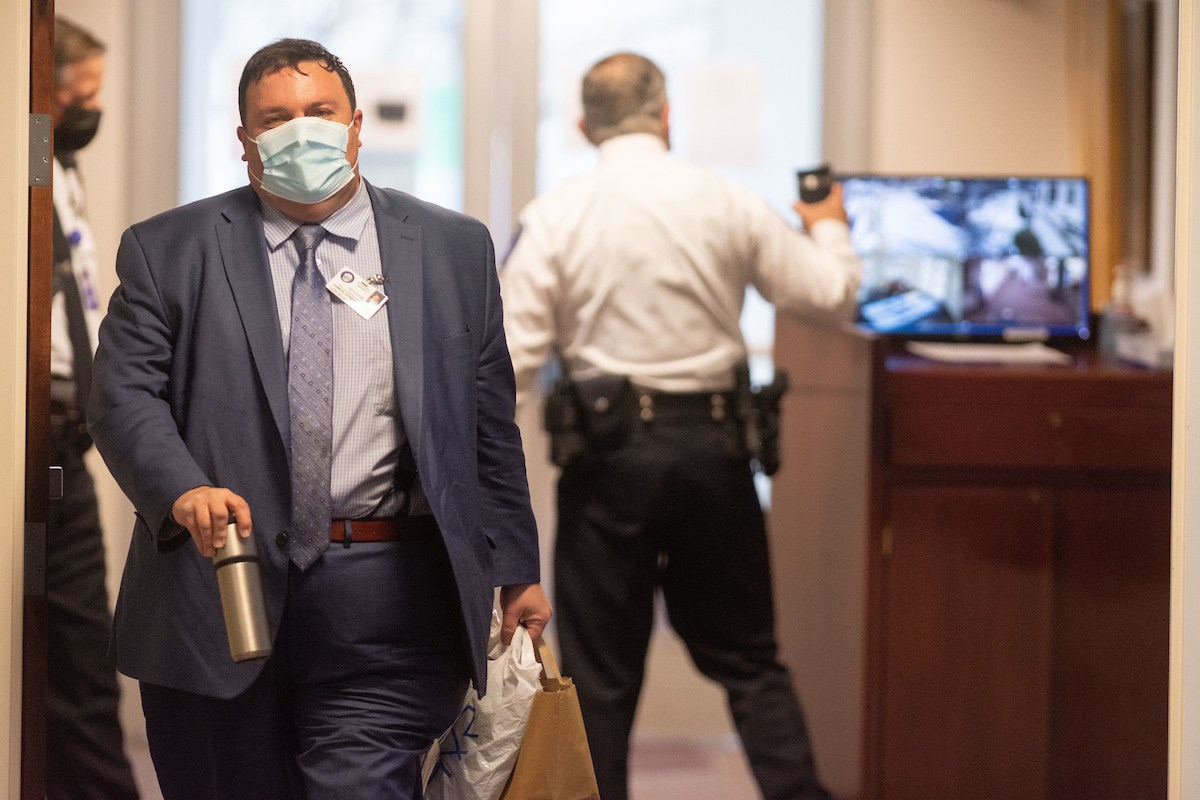 Legislation banning possession of dangerous wild animals failed in 2017 and in 2019, but it’s back this session, and has a new nickname —  the “Tiger King” bill.

The Netflix series of the same name garnered viral success in portraying the life of Joe Exotic, a big cat collector based in Oklahoma who was convicted of killing five tigers and selling and trafficking other wild animal species.

“Although it wasn't the show's intent, it did raise awareness about the plight of captive big cats and expose the hidden suffering associated with a practice called cub petting,” Jeff Dixon, Nevada state director for the Humane Society, said during a Thursday hearing of the bill. “It also highlighted why SB344 is the least that Nevada can do to help address this issue.”

The bill, SB344, is sponsored by Sen. James Ohrenschall (D-Las Vegas) and would prohibit a person from importing, possessing, selling, transferring or breeding dangerous wild animals — a classification that includes elephants, non-human primates, bears, tigers and other big cats. Certain groups would be exempt from the ban, though, such as licensed veterinarians, law enforcement, animal control, the Department of Wildlife and entities accredited by the Association of Zoos and Aquariums, which is a nonprofit dedicated to the advancement of zoos.

Proponents of the bill argued that it would help protect the community from the dangers of exotic animals, including both physical attacks and the spread of disease, as well as protect the animals themselves from potentially unsafe living conditions. And Ohrenschall noted that there are 20 other states with “comprehensive bans” on the ownership of dangerous wild animals.

But the bill received significant backlash from exotic pet owners and from entities accredited by a different wildlife management nonprofit, the Zoological Association of America. The Humane Society and other animal advocate groups have been critical of the ZAA’s more lenient policies in the past.

“This is a giant witch hunt to try to find an excuse to shut down the zoo, because this bill really isn't about protecting the public or protecting the animals,” said Tim Stoffel, of the Sierra Safari Zoo in Reno, which advertises itself as the state’s largest zoo with 50 different species. “It's about finding another way to eliminate these animals from the human population.”

The bill also received opposition from some Las Vegas entertainers who use animals in their shows, though one of the bill’s presenters, former Republican Sen. Warren Hardy, said he would be working with stakeholders in the state’s gaming and entertainment industries to ensure “good actors” from those groups are not affected by the bill.