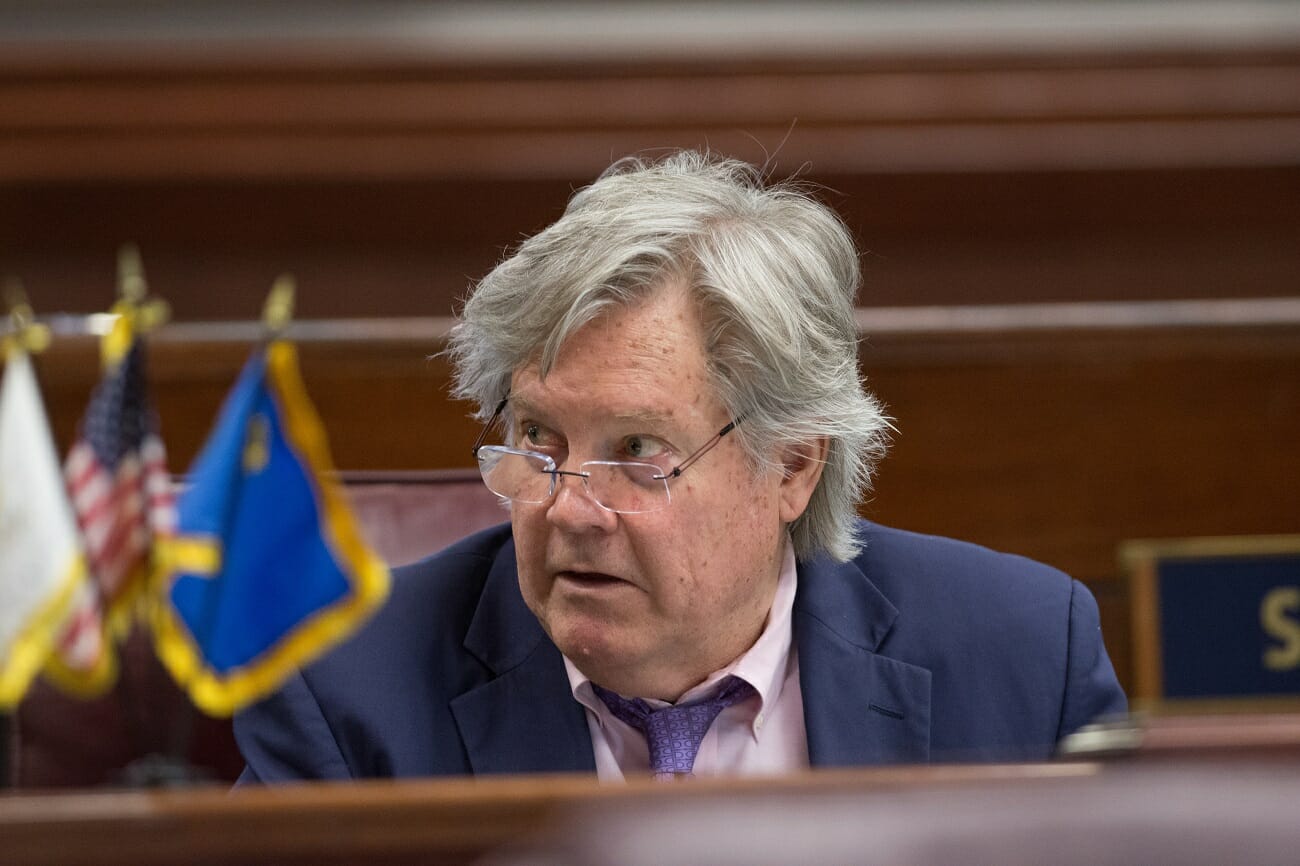 Until about a month ago, Nevada was — in the eyes of the federal government — still officially requesting an amendment to the U.S. Constitution to prohibit the forced racial integration of public schools.

Removing that 1973 request, and rescinding various other calls for constitutional conventions to outlaw abortion and directly elect senators was the intent of SJR10, which passed unanimously out of both legislative houses and took effect in early May.

Though the resolution flew largely under the radar, its passage means Nevada has likely untangled itself from rapidly growing national movements to hold a state-led constitutional amendment convention, which could bring up or make constitutionally binding changes to a variety of hot-button issues ranging from restrictions on abortion to requiring a federal balanced budget.

“We were fearful if there was a convention, who knows what would happen,” said Democratic Sen. Tick Segerblom, the bill’s sponsor.

The two-page resolution clearly states its intent — to “rescind, repeal, cancel, void, nullify and supersede each previous resolution passed by the Nevada Legislature” calling for a constitutional convention under Article V of the U.S. Constitution. The resolution, which doesn’t require Gov. Brian Sandoval’s signature, became effective on May 15th.

Nevada has submitted at least 10 requests to Congress seeking a so-called “Article V” convention since 1903, including a 1907 request for the direct election of senators and a 1925 resolution opposing Prohibition. More modern requests include calls for amendments restricting abortion, requiring a federal balanced budget and enacting term limits for members of Congress.

All 27 ratified amendments to the Constitution have originated from a two-thirds vote from members of Congress before going to state legislatures for approval, but the nation’s governing document also lays out an alternative — a state-led constitutional convention called by two-thirds of states (34) to propose constitutional amendments, that would then need to be ratified by three-quarters of states (38).

Though such a convention has never been called because of an insufficient number of states expressing interest, several conservative groups have begun pushing and funding efforts to call a state-led conclave, especially with Republicans in control of 32 state legislatures and 33 governor’s offices.

A group called Convention of States on Monday announced the hiring of former South Carolina Sen. Jim DeMint, recently ousted from the conservative Heritage Foundation, to help promote its effort to garner support in enough states to call for a constitutional convention. At least 12 state legislatures have signed on and approved legislation promoted by the group, which includes a balanced budget amendment and limits on higher taxation as examples of what sort of topics could be brought up at a convention.

In February, Texas state lawmakers wiped clean all 16 previous requests for a constitutional convention save those seeking a federal balanced budget amendment, and enjoined the state to language promoted by Convention of States project.

Those renewed efforts are part of the reason Segerblom said he brought the proposal forward.

New Mexico, Maryland and Delaware have over the last two years rescinded all official requests for a constitutional convention.

Calling a constitutional convention isn’t a purely partisan debate — Segerblom presented the bill alongside longtime conservative activist Janine Hansen, and said the measure wasn’t “hard to sell” with Republican colleagues given that they share similar fears of a “runaway convention” wreaking havoc on long-established constitutional norms.