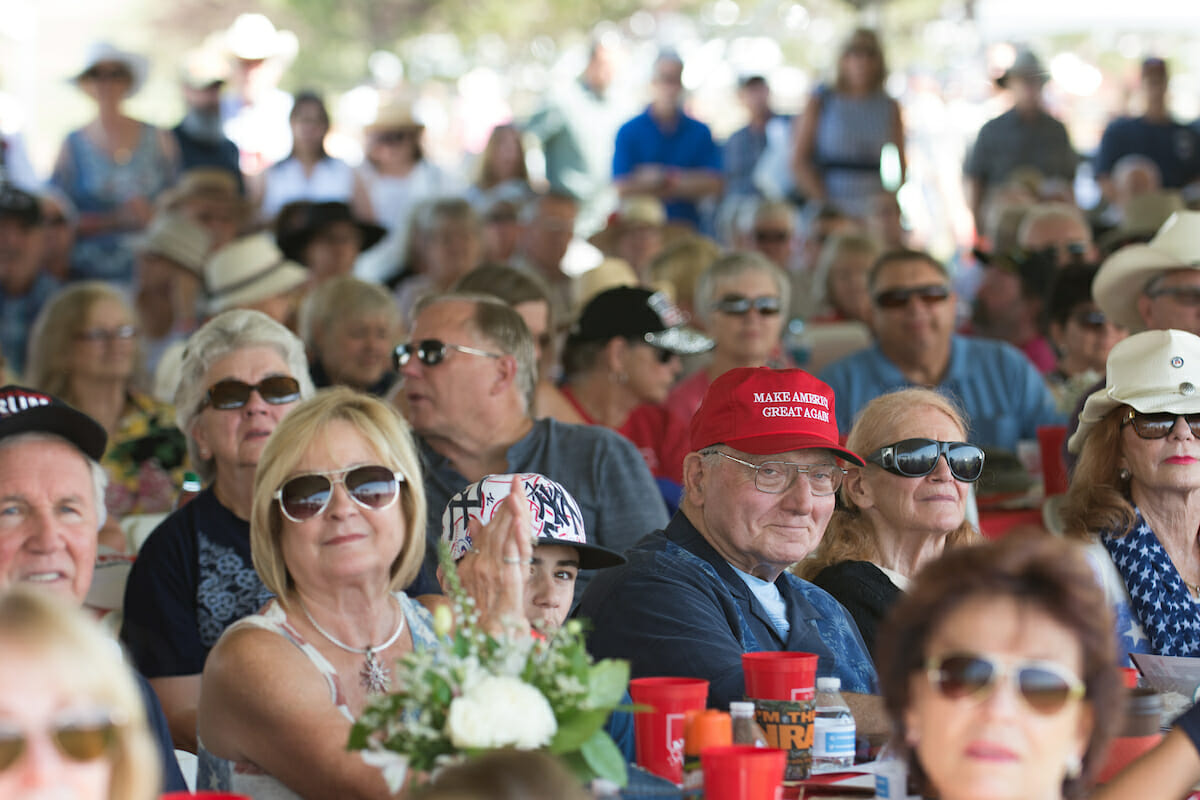 It wasn’t cheap for Nevada to put on a nationally televised parole hearing for its most famous prisoner — O.J. Simpson.

John Borrowman of the Nevada Department of Corrections said the department chalked up 563 hours of overtime related to the hearing, which took place in remote Lovelock and became a massive media spectacle.

Agency spokeswoman Brooke Keast said that included manning a parking lot around the clock for 150 people who were coming and going at all hours of the night, escorting media to get camera shots outside the facility and helping the Pershing County Sheriff’s Office staff and monitor a variety of roadblocks.

There were also risk assessments, strategic planning and scheduling for the celebrity’s hearing, as well as officers trying to keep the family safe as reporters tried to pursue them when they left, Keast said.

The overtime discussion came up during a legislative Interim Finance Committee meeting on Thursday, when officials talked about how they relied on overtime because they struggle filling vacancies and keeping workers from leaving for higher-paying local government police jobs.

Rosen, Titus against automatic voter registration? Not quite.

A group of left-leaning organizations is attempting to identify congressional Democrats who have (or haven’t) signed on to a bill that would implement automatic voter registration, with at least two Nevada representatives in the “Not Supporting” category.

The image, produced by a cadre of progressive-leaning groups including the Vermont Sen. Bernie Sanders-inspired group Our Revolution, includes a full list of the 121 Democratic House members co-sponsoring HR 2840 and all of the other Democrats who haven’t signed on to the bill as of August 10th. The bill would require every state to automatically register any qualified voter who provides identification information to the state-specific DMV.

Although Nevada Reps. Jacky Rosen and Dina Titus are listed in the “Not Supporting” category, both congressional representatives say they generally support the concept of automatic voter registration.

A spokesman for Titus noted that the Congresswoman had signed on as a co-sponsor of HR12 — the “Voter Empowerment Act of 2017” — that includes language addressing automatic voter registration. Rosen is also a co-sponsor of that bill, and her office said she’s looking into co-sponsoring HR2840 as well. Fellow Democratic Rep. Ruben Kihuen has co-sponsored both bills.

Even though the bill is unlikely to make much progress in the Republican-controlled Congress, Nevadans will have a chance to weigh in on the policy on the 2018 ballot, after Gov. Brian Sandoval vetoed an initiative petition that would implement a similar “motor voter” law during the 2017 legislative session.

Rep. Mark Amodei said he’s not on board with President Donald Trump’s suggestion to shut down the government if Congress doesn’t approve funding for a border wall.

“I’m not willing to shut the government down whether it’s in there or not,” he said in an interview at the Basque Fry. “The same way I’m not willing to shut it down if there’s Planned Parenthood funding in there or not, because the Reno Planned Parenthood clinic doesn’t provide abortion services — it provides women’s health care for 2,500 people.”

Amodei said congressional Republicans tried the shutdown strategy in 2013 and it didn’t work. He also said the GOP always takes the blame for the fallout.

But the northern Nevada congressman didn’t take a strong position on another recent Trump move — pardoning former Arizona sheriff Joe Arpaio after the lawman was convicted of criminal contempt for ignoring a judge’s order on immigrant detention practices.

“I’ve got some homework to do on that one before I decide,” he said.

State senators speak out on recalls

A trio of Republican state senators who haven’t responded to inquiries about three ongoing recall efforts answered questions about the moves in interviews at the Basque Fry.

State Sen. Ben Kieckhefer said he was aware of the recalls before they were announced and was part of some discussions about the process.

“I hope they’re all successful,” he said. “I think Democrats used their majorities this past session to offer a radical, sort of nationalized agenda that doesn’t fit Nevada. They certainly didn’t campaign on that, and using this process to allow voters to reconsider is appropriate.”

He pointed out that he was the subject of an unsuccessful recall in 2015 after he voted in favor of the Commerce Tax.

“This is a totally legitimate process,” he said. “They had every right to do it, and I didn’t take to Twitter to complain about it. I started raising money to defend myself. I’d recommend they do the same.”

Sen. James Settelmeyer said he didn’t think the recalls were an abuse of process and argued that “the concept of creating a sanctuary state doesn’t sit well with people.”

“The radical agenda that the Democratic Party pushed — it’s no surprise that some of the citizens in Clark County decided to say ‘no,’” he said. “It’s not being led by the senators themselves, but I support the concept — giving people the right to vote. What’s wrong with that?”

A third state senator, Republican Minority Leader Michael Roberson, spoke bullishly from stage about how the recalls could help the GOP retake control of the state Senate by Christmas. But he dodged when asked directly at the barbecue if he was involved in bringing the recalls to life.

“I support the recalls,” he responded before walking away.

Lawmakers also helped fill in a few biographical details about a candidate who would take over if nonpartisan Sen. Patricia Farley is successfully removed from office. Jared Glover, who The Independent has been unable to reach, used to run a Crossfit gym and now works for the real estate company CBRE. At one point, he considered running for the Assembly seat held by Marchant, but didn’t end up jumping into the race.

Politicians on the move

A variety of Republican elected officials, many of whom spoke to the The Nevada Independent at Attorney General Adam Laxalt’s Basque Fry fundraiser, confirmed details this week about their future political plans.

A Democrat-controlled panel of lawmakers relented in their opposition to a $56,000 computer upgrade requested by Republican Treasurer Dan Schwartz’s office when they were told that a popular college savings program might be hobbled without the money.

Legislative Democrats have pushed back frequently against Schwartz, who’s garnered criticism even from Republicans for making decisions without prior lawmaker approval. The Interim Finance Committee denied a recent request for $117,000 to upgrade the software for the Nevada Prepaid Tuition Program, telling Schwartz’s staff to come back and make the request again in the 2019 legislative session.

The treasurer’s office was back on Thursday, when they told lawmakers that without the original deal, they’d still need to spend $56,000 maintaining the existing software or the Prepaid Tuition Program might not be able to accept applications by the November open enrollment date.

Democratic Assemblywoman Maggie Carlton initially wanted to delay a decision until October because she said staff hadn’t received sufficient backup information, but she eventually agreed to the spending, saying she didn’t want the panel blamed if the program didn’t get going in time.

Republicans were critical that the committee spent about an hour scrutinizing a contract that was budget “dust” when they had already approved millions of dollars of other contracts with no discussion as part of the consent agenda.

In a week filled with more bummer budget news for the Clark County School District, several of its magnet schools received positive attention.

The distinction was bestowed upon the schools after they completed a nine-month evaluation process that demonstrated best practices. Walter Bracken STEAM Academy and East Career and Technical Academy also were two of 10 magnet programs to be designated National Demonstration Schools.

Clark County education officials have long pointed to magnet schools as an example of something the district is doing right. Magnet schools are public schools that boast a theme and aligned curricula, with an emphasis on hands-on learning.