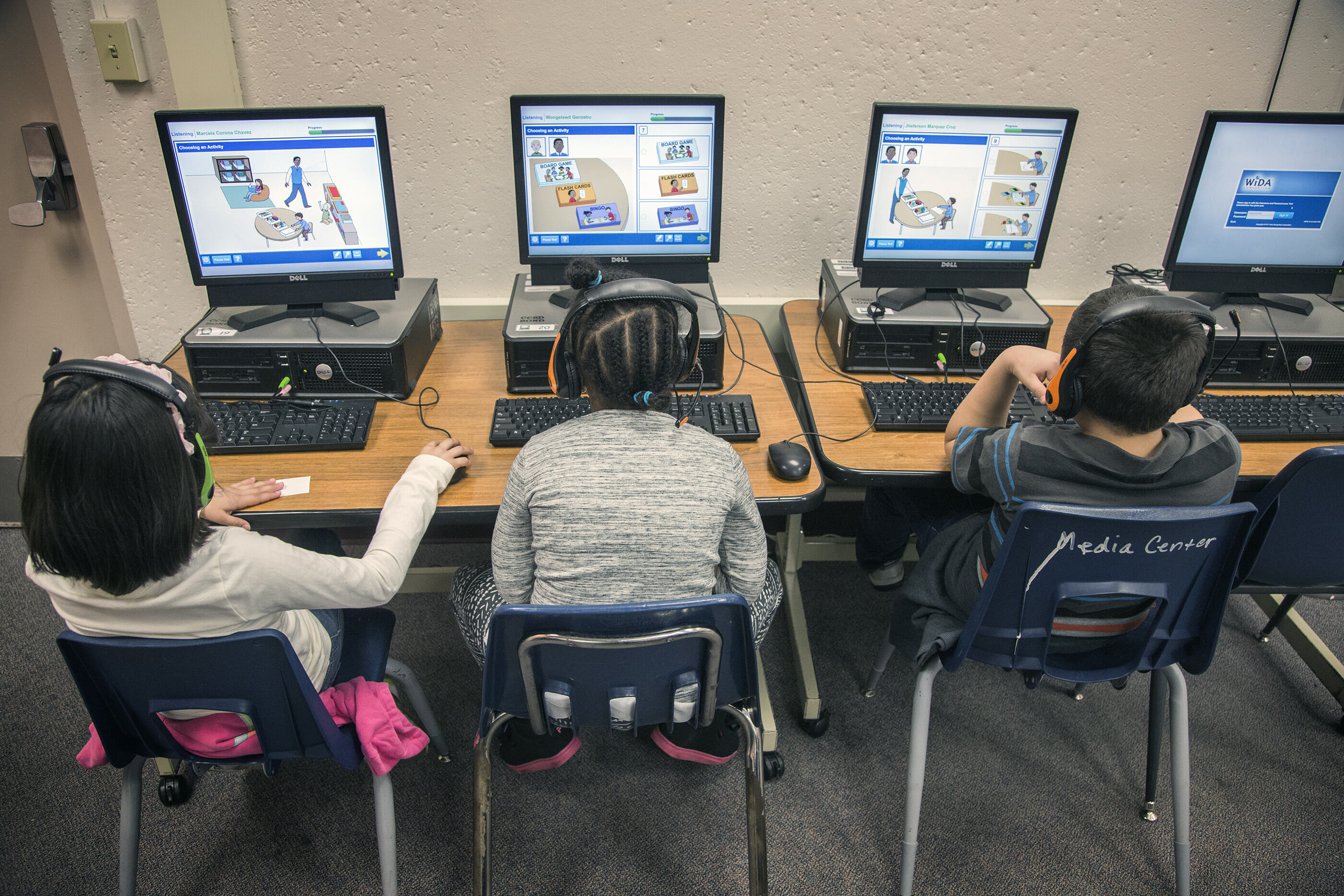 Gov. Brian Sandoval rolled out a portfolio of targeted education reforms in the 2015, arguing they could help the state rise from the bottom of national rankings and ultimately convincing a supermajority of the Republican-controlled Legislature to fund them with a $1.1 billion tax increase.

Almost two years have passed. So have the Legislature’s multimillion-dollar investments been working?

The state contracted with a research team that included UNLV and Las Vegas-based ACS Ventures to evaluate some of the major initiatives through focus groups, data analysis and thousands of surveys. Researchers recently produced a nearly 70-page report on their findings that will be discussed in the Assembly Education Committee on Wednesday.

Evaluators recommended funds keep flowing to the programs, although they had advice for fine-tuning them and generally concluded it was too soon to make definite conclusions about how much they’d help student achievement. Here’s a summary of four of the most well-known initiatives and the independent evaluation’s conclusions about their success:

Who: The Zoom Schools program aims to boost academic achievement at schools with the highest populations of English Language Learners. In the 2016-2017 school year, 108 schools with nearly 46,000 students are involved. Of those, about 18,000 are English language learners.

What: Zoom Schools are given money to add programs including pre-kindergarten, full-day kindergarten with reduced class sizes of 21-to-1, reading centers where students can get extra help and and summer academies or intersession programs so the school year is longer.

When: The program was authorized through SB504 in 2013 and expanded through SB405 in 2015. The number of schools participating has more than doubled since then.

Where: About two-thirds of the students in Zoom Schools are in Clark County, although it’s also in other counties and in charter schools.

Why: The state wants to ensure English language learners don’t fall behind. The graduation rate among students designated English learners is about 43 percent, well below the 74 percent of the general population.

Schools’ ability to use Zoom grant money for teacher bonuses was strictly limited compared to the policy for Victory School grants. Sandoval’s budget aims to address that concern and attract more teachers to Zoom Schools by allocating $15 million just for teacher incentives.

Evaluators recommended continuing funding for the program, while noting that adequately supporting English language learners continues to be a challenge.

What: Victory Schools are asked to spend the majority of their funds on one or more of the following programs: Pre-K, full-day kindergarten, summer learning academies, after-school programming or tutoring, professional development for teachers, incentives for hiring and retaining teachers, teacher’s aides, and a reading skills center.

As long as a majority of the funds were spent on those programs, Victory Schools can spend the rest of their funds on one or more of the following activities: programs to improve the social, psychological, or physical health of students and their families, programs to engage parents, and programs to improve school climate and culture.

Why: Poverty is one of the factors that correlates with lower academic achievement.

How much? Lawmakers approved $50 million for the current biennium. Sandoval has proposed budgeting $80 million for the upcoming biennium to add 30 more schools and about 27,000 students to the program.

“There was strong agreement among stakeholders that Victory Schools funds were having a positive impact on the outcomes of students and the educational environments on Victory Schools campuses,” they said in the report. “In both the focus groups and on the survey, there were positive perceptions of Victory Schools plans and support for continued funding of the Victory Schools initiatives. This excitement for the program bodes well for the continued impact of the initiative over time.”

Who: The Read by Grade Three program was designed for all Nevada students with the goal that they can read proficiently by the end of third grade. While its mandates touch all elementary schools in Nevada, only some schools received grants. It’s now branded as Nevada K.I.D.S. Read, to reflect the goal that all Nevada K-3 students are “Keeping (their) Individual Dreams Strong.”

What: Each school district and charter school board in the state had to create a local literacy plan that was submitted to the Nevada Department of Education for  review  and feedback. Each school had to designate one teacher as a K-3 learning strategist who trains and assists other teachers in helping students who struggle with reading. Competitive grants were awarded to develop and implement Read by Three programs. The measure also requires schools to hold back children who can’t read at grade level by third grade, but that won’t start happening until mid-2019, when students who were kindergartners during the program’s first year (2015-2016) reach third grade.

Where: All schools in Nevada fall under a local literacy plan developed by the district, and all schools must designate a learning strategist.

Why: Sponsors say children learn to read through third grade, and read to learn after that, so it’s important that they master reading by third grade to avoid falling behind.

Who: To help fight against bullying that’s been blamed for bad grades, poor attendance and self-harm, Nevada created the Office for a Safe and Respectful Learning Environment within the Department of Education and has been placing mental health professionals in many of its schools. Those hired already include people with degrees in social work, marriage and family therapists, psychologists, social work interns and registered nurses.

What: Social workers implemented educational programs for families and students as well as professional development for staff. The programs include outreach to help parents recognize bullying, raise awareness about the pitfalls of social media, and develop parenting skills. For students, the social workers held book study groups and counseling sessions and designed programs to help students cope with social anxiety and academic stress. For staff, it included training on how to develop relationships with students, recognize the signs of bullying, prevent suicide and support students with difficult home situations.

Social workers also said they worked to create a culture of openness through home visits, coordinating with teachers to provide more emotional  support, creating clubs such as a Gay/Straight Alliance and create a physical space that is welcoming for students receiving services.

When: Lawmakers authorized new anti-bullying legislation in 2015 through SB504 and funded social workers through SB515. In late 2015, the American Institutes for Research developed and conducted a School Climate/Social Emotional Learning screening customized for Nevada. Officials used the results to rank schools on the basis of need, and grants to schools were awarded in January 2016. In the first round, 161 positions were awarded and only 118.5 were filled. About 52 percent of funds were returned at the end of the 2015-2016 school year because schools had trouble filling positions. The second round of grants was more successful. As of September 2016, 204.5 positions had been funded at 158 schools across the state. By November 2016, 92 percent of awarded positions had been filled.

Where: Of the 158 schools who had received funds to fill the social worker position, 34 percent were elementary schools, 33 percent were middle schools, 20 percent were high schools, and 13 percent had multiple levels of schooling. About 136,000 of Nevada’s children are eligible to receive services from this program.

Why: Officials say investing in the social and emotional health of students will help them better succeed academically.

How much: The state has issued $10.2 million in grants for the program so far. The governor's budget calls for $22.4 million for the program over the upcoming biennium. State officials also plan a budget bill so unused funds can roll over to future years.

“The SWS program has been positively embraced by many educators throughout the state,” the report said. “Although the implementation has not always been smooth or met without resistance, the program appears to be providing educators with tools to better meet student social and emotional needs, while at the same time creating a more integrated system of support for students. Educators provided specific instances of social worker impact on the school community and these descriptions are supported by responses on the evaluator-initiated survey and statewide climate data.”

This story was updated at 3:48 p.m. on Monday to add information about Gov. Sandoval's proposed budget allocations for social worker and Read by Grade Three programs.