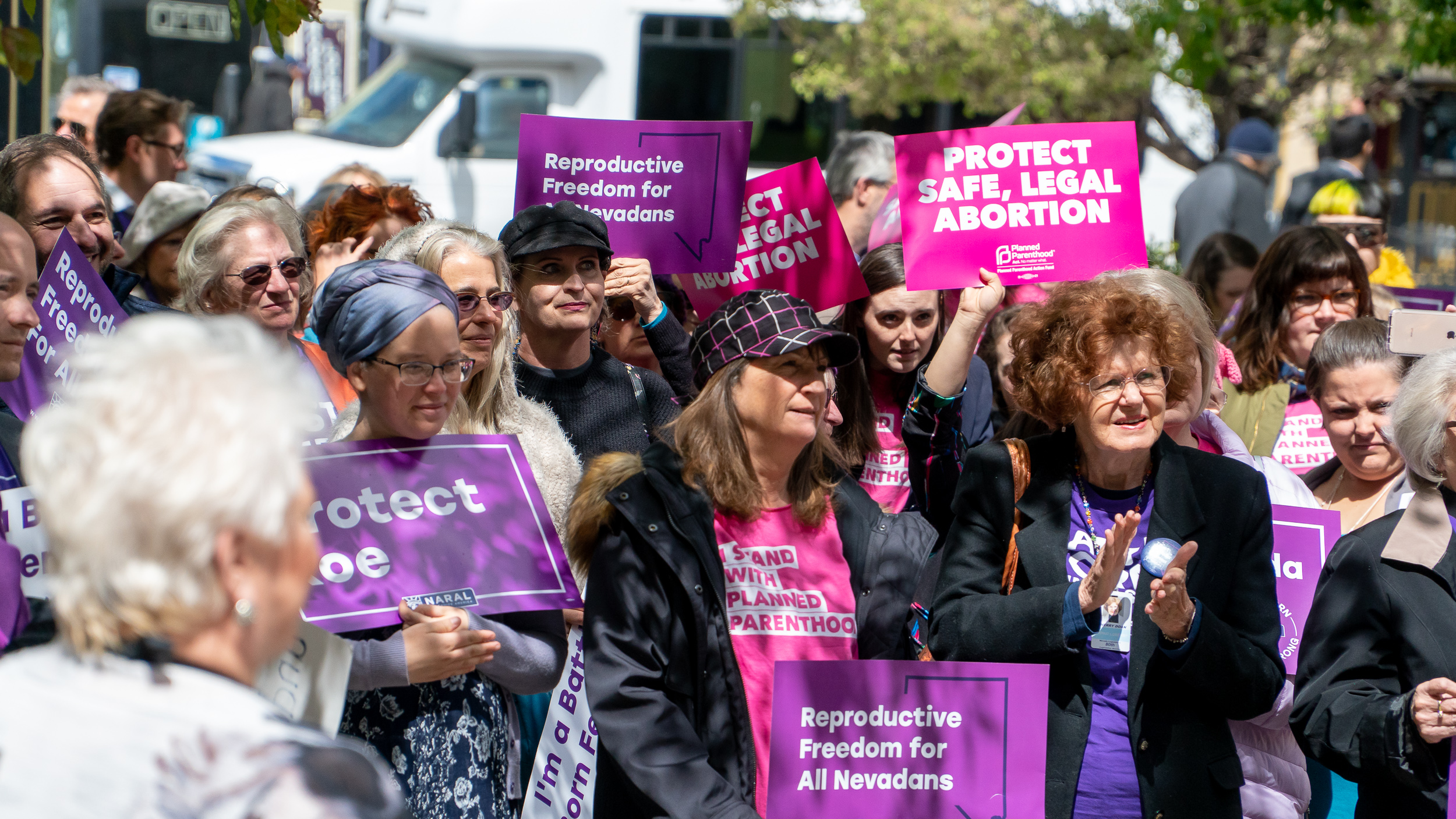 Following the passage of bills by Republican-controlled legislatures in the South and elsewhere in recent weeks restricting or outright banning abortions, Nevada’s Democratic-controlled Legislature took a step in the other direction on Tuesday when members of the Assembly voted to pass a bill to decriminalize abortion and otherwise ensure women have smooth access to the procedure.

While the bill wouldn’t expand a woman’s ability to receive an abortion, which is generally limited to the first 24 weeks of pregnancy in Nevada, it proposes to remove felony criminal penalties on abortion that have been in place in Nevada since the early 20th century. It also would remove a requirement that doctors must share with patients the emotional implications of undergoing the procedure, something abortion rights proponents have argued is a scare tactic that discourages women from receiving an abortion but opponents believe is relevant medical information.

The legislation, SB179, cleared the Assembly 27-13 on Tuesday, with Democratic Assemblywoman Dina Neal joining Republicans in opposition to the bill, and it will head to the Senate for concurrence on a minor amendment before going to the desk of Gov. Steve Sisolak. A spokeswoman for Sisolak did not respond to a request for comment on Tuesday about whether the governor would sign the bill, though Sisolak supports abortion rights.

Alabama’s abortion ban, which makes abortion illegal in almost all cases, including rape and incest, and would send doctors to prison for life for performing the procedure, is expected to make its way to the U.S. Supreme Court, where it could be used as a test case to challenge Roe. The ban was signed into law last week.

The Assembly’s vote also coincided with a national “Stop the Bans” day of action by abortion rights organizations to protest the Alabama abortion ban, as well as other restrictive “heartbeat bills” approved by lawmakers in Georgia, Ohio, Kentucky and Mississippi that prevent abortions as soon as a fetal heartbeat is detected, which can be as early as six weeks into a pregnancy.

On the floor, Democratic Assemblywoman Shea Backus called such laws “draconian” and said that they “infringe upon women’s fundamental rights and have no business in a free society.”

“Nevadans don't want to follow the likes of Mississippi, Alabama, or Texas when it comes to women's rights,” Backus said. “It is time to repeal antiquated laws.”

But three Republican assemblywomen who stood up in opposition to the bill said that the Nevada legislation goes too far in its efforts and could actually end up harming women. Assemblywoman Robin Titus, a doctor by trade, voiced concerns that the legislation would remove a requirement that a physician ask a woman’s age before performing an abortion and that it doesn’t clearly define who counts as a woman.

“Indeed I do trust women,” Titus said. “Who I don’t trust are those who will take advantage of children and women.”

Assemblywoman Alexis Hansen, who earlier this session sponsored a bill that would have required providers to inform women where they can receive a free ultrasound before undergoing an abortion, called the bill a “slippery slope” that would leave women and children less informed and susceptible to exploitation.

“As a mother of four daughters and eight granddaughters, I have tried to use the virtue of trust in my life and live it by word,” Hansen said. “My life’s work is hopefully a testament of trusting my conscience and my common sense.”

Before the vote, dozens of abortion rights activists clad in pink and purple, some of them holding homemade signs that read “Stay the hell out of my uterus” and “#VoteThemOut #MyBodyMyChoice,” gathered in front of the Legislature through brief rain and snow showers to support passage of the legislation and oppose the legislation passed in other states.

“We could not have planned it so that everyone was here today on the day that the bill will get its final vote out of the Assembly at a moment where it just feels awful. It has felt awful in the last few weeks in the fight for women's reproductive freedom,” Democratic state Sen. Yvanna Cancela, the bill’s sponsor, said at the rally. “I think that at a time when the rest of the country may feel hopeless, may feel bleak, they should look to Nevada as the shining beacon that we are for women's rights.”

Nevada’s abortion statute was first enacted in 1973 and upheld by voters in a 1990 referendum, meaning that it can only be changed through another vote of the people. Though Nevada law limits abortions to being performed in the first 24 weeks of pregnancy, a physician may perform an abortion after that point if the mother’s life or health is in danger.

The removal of felony criminal penalties isn’t expected to have any immediate impact in Nevada because abortion is legal, so long as it is performed in accordance with state law. But abortion rights proponents argue that the measure is preventative in the event that Roe is struck down and voters decide to limit or ban entirely the ability for women to receive abortions.

“This is us thinking ahead and saying, ‘Let's make sure that every single vulnerability sitting on the books that could punish women and put them in prison for 10 years for ending a pregnancy should not be on the books anymore,’” Caroline Mello Roberson, Nevada state director for the abortion rights organization NARAL Pro-Choice, said in an interview. “That's really what this is about.”

Mello Roberson said that she and her colleagues were told that they were “being hysterical” by voicing concerns that Roe v. Wade could be overturned. Now, she says, more people are realizing that could be a reality.

“I hate being right about this. I sort of wish I wasn't,” Mello Roberson said. “But we're seeing so many of these states pass blatantly unconstitutional bans to abortion. There's no intent for them to do that except to try to challenge Roe. We know that.”

The Nevada bill would specifically repeal felony criminal penalties on abortions performed outside the scope of Nevada’s abortion statute, including self-induced abortions. Under existing law, anyone who performs such an abortion is guilty of a category B felony punishable by up to 10 years in prison and a $10,000 fine. It would also remove penalties on anyone who sells drugs to produce a miscarriage.

The legislation also removes requirements in existing law that doctors ask a woman’s age and marital status before she undergoes the procedure and mandating that doctors explain the emotional implications of the procedure, which abortion rights proponents argue isn’t medically relevant but oppnents argue is. During hearings on the bill, the state medical association testified that the law wouldn’t prohibit doctors from sharing such information in the event that they do believe it to be medically relevant, in accordance with their medical code of ethics and the patient’s bill of rights in Nevada.

Updated 5-21-19 at 4:50 p.m. to remove a reference to a statement made by a legislative lawyer during a hearing last month that abortions performed outside the scope of Nevada law would still be punishable as a misdemeanor. The misdemeanor penalty applies to several sections of law dealing with abortions, but not the specific section dealing with conditions under which abortions are permitted.