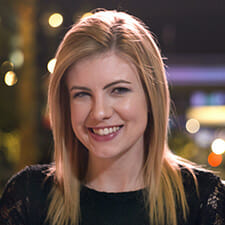 Before joining The Nevada Independent, Megan was a reporter at the Las Vegas Sun, where she covered the 2016 election as the paper’s one-woman politics team. She also wrote magazine features for the Sun’s sister publication, The Sunday.

At Berkeley, she was editor of the independent student newspaper, The Daily Californian, and worked with fellows at UC Berkeley’s Investigative Reporting Program on her own projects. She also studied Mandarin while living in Beijing in summer 2014. Like many other journalists, she traces her beginnings in journalism back to high school, where she was editor of her high school’s magazine and yearbook.

Since becoming a political reporter, Megan has appeared on MSNBC, Fox News, KNPR, KUNR, Capital Public Radio, and Vegas PBS. In 2015, she won a first place award for community service from the Nevada Press Association for a piece on prescription drug abuse in Southern Nevada.

Megan was born and raised in Orange County, CA. Whenever she gets down time, she is often found flying to Iowa to see her mother or to Japan to visit her father. When not traveling, she enjoys reading, binge-watching her favorite shows on Netflix, and having dinner with friends. She also has a 5-year-old Dachshund mix named Moby who thinks he’s the king and her apartment is his dominion.