Election Preview: Democrats largely lead in funding for seats on the state’s most powerful board

Kristyn Leonard
October 14th, 2020 - 2:00am
Updated October 14th, 2020 - 12:05pm
Ten candidates are entering the final weeks of their campaigns for the Clark County Commission, campaigns begun months before COVID-19 was on their radar. Democrats are dramatically outpacing their challengers in funding for three of these spots while a fourth is host to a high-dollar contest between two high profile politicians.
Full Story
Election 2020 | Legislature | Local Government

Tabitha Mueller
October 10th, 2020 - 2:00am
In the Ward 3 council race, incumbent Oscar Delgado far outstrips Rudy Leon in fundraising. His challenger, however, criticizes the two-term incumbent for his lack of presence in or engagement with the community and says that campaign funds are just a piece of the puzzle.
Full Story
Local Government

Michelle Rindels
October 9th, 2020 - 6:08pm
Other cities had a vastly different makeup, with North Las Vegas putting 83 percent of its allotment to residents and businesses and just 17 percent to city operational expenses. None of the three largest cities behind Las Vegas put nearly as much toward payroll; next highest was Henderson, which reported about 27 percent to that line item.
Full Story

Tabitha Mueller
October 8th, 2020 - 2:00am
The at-large council position represents residents of the entire city, but in 2024, the city will redraw wards, adding a sixth geographically distinct ward and eliminating the at-large position in the process. Lorton is looking to replace Reese on the council for the next four years.
Full Story
Election 2020 | Local Government

Savanna Strott
October 7th, 2020 - 2:00am
The five-person Board of Supervisors, which operates much like a city council with the mayor as the chair, will have to prioritize projects and programs while responding to the continuing and long-lasting effects of the pandemic on the local economy.
Full Story
Election 2020 | Local Government

Savanna Strott
October 2nd, 2020 - 2:00am
Incumbents Donald Abbott in Ward 1 and Paul Anderson in Ward 3 have had a considerable lead in cash on hand since the cycle started and point to their primary wins as a sign of support from voters. Meanwhile, challengers Wendy Stolyarov in Ward 1 and Quentin Smith in Ward 3 have characterized the incumbents as disconnected from their respective wards and argue that they would be better representatives on the council.
Full Story
Community | Local Government

With just over a week of counting left, local leaders make a final push to increase responses to the U.S. census

Kristyn Leonard
September 22nd, 2020 - 2:00am
More than half of the state’s counties have not hit response rates from 2010 with just over a week remaining to complete those counts. Local leaders across the state have been implementing programs that help them engage in the community in order to encourage participation in the census and educate residents about what the purpose of the census is.
Full Story
IndyBlog | Local Government

Savanna Strott
September 14th, 2020 - 3:53pm
Lawson was first elected to the City Council in 2010. Appointed in November 2018 as mayor pro tempore — the person who will serve in the absence of the mayor — Lawson will complete Smith's term and will be up for election in November 2022.
Full Story
IndyBlog | Local Government

Kristyn Leonard
September 9th, 2020 - 6:22pm
A petition to recall Las Vegas City Councilwoman Michele Fiore failed to garner enough signatures by its Wednesday deadline, but organizers say this is not the end of their efforts.
Full Story
Local Government

AUDIO STORY: Breaking down Assembly Bill 4 and how vote by mail will work come November

Jacob Solis
August 6th, 2020 - 4:30pm
AB4 was signed into law by Gov. Steve Sisolak during the second special session of 2020. The bill aims to continue the process of holding a primarily mail-in election come November, this time by mailing ballots to all active registered voters and providing more polling locations in the two urban counties than existed in June for the primary election.
Full Story
Local Government | State Government

Riley Snyder
July 27th, 2020 - 5:16pm
Updated July 27th, 2020 - 6:52pm
At a press conference Monday evening in Carson City, the governor said the following counties — Clark, Washoe, Elko and Nye — would continue to have their bars and pubs closed for the foreseeable future, while those in rural Lander, Lyon and Humboldt counties would be allowed to re-open. The directive is effective immediately.
Full Story
Community | Coronavirus | Local Government

Homeless shelter at the Reno Events Center to close, safe campsite and reopened shelter space set to replace it

Tabitha Mueller
July 22nd, 2020 - 12:24pm
More than three months after opening a makeshift homeless shelter at the Reno Events Center and as the pace of coronavirus spread in Nevada has accelerated, officials will vacate the venue by Aug. 3, replacing the facility's 375-bed capacity with existing shelter space and a temporary campground.
Full Story
Education | Local Government

Jackie Valley
July 10th, 2020 - 6:45am
The Clark County School Board of Trustees has signed off on three reopening plans that will be sent to the state education department for approval.
Full Story
Election 2020 | Local Government

Tabitha Mueller
July 3rd, 2020 - 2:00am
In Nevada’s second most-populated county, two seats on the five-person County Commission are up for grabs in races that will shape how Washoe County approaches planning and development decisions and navigates the fallout from a coronavirus pandemic that has devastated Nevada’s economy.
Full Story
Community | Coronavirus | Local Government

How we dealt with a pandemic – a century ago 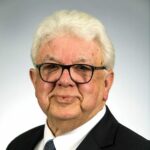