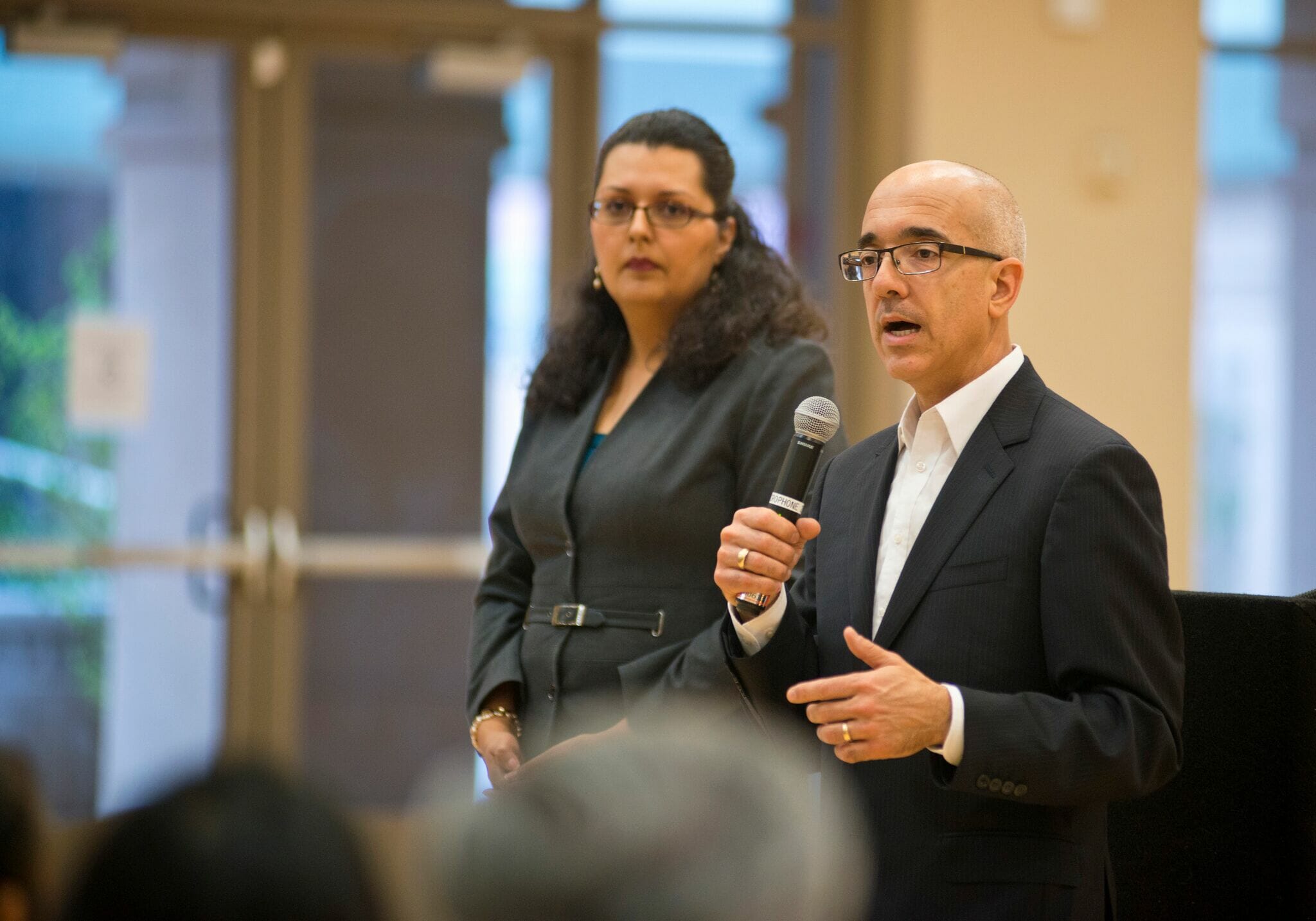 But the measure, AB186, faces tough odds in its current form. The Nevada Department of Education estimates that making pre-K available to all would cost more than $353 million over the next two years because it could add about 28,000 students to the rolls if all eligible 4-year-olds opt in.

Diaz acknowledged some of those political realities in her testimony.

“This is a starting point for a conversation,” Diaz told the Assembly Education Committee on Wednesday. “I don’t necessarily expect my bill will stay in the form I presented it.”

Nevada has a low rate of pre-K participation. About 5,400 of the estimated 32,000 4-year-olds in the state are enrolled in a public program such as Head Start or one funded through Zoom Schools, Victory Schools or the basic state pre-K programs.

Officials who run the state pre-K program, which is mostly targeted toward at children from low-income families, say participants show significant growth in their vocabulary after their time in pre-K and outperform children who didn’t enroll in such a program in reading and math.

Those gains are important for leveling the playing field for children who don’t speak English at home or who are otherwise at risk of falling behind as they get older, officials said.

Some skeptics questioned whether pre-K classes were state-funded babysitting programs and whether taxpayers would support such a dramatic expansion outside of the traditional K-12 model. Republican Assemblyman Chris Edwards asked whether there was a big enough workforce to hire two teachers per 20 children, as required in a pre-K classroom; the state still struggles with a teacher shortage in its K-12 schools.

Diaz said she was realistic about the bill’s chances because funding for the sweeping proposal isn’t included in Gov. Brian Sandoval’s budget. The proposal sets out a vision of where the state could be in coming years, though.

“The reason I bring this out is because the ball needs to get rolling,” she said.

The biggest opposition to the bill came to provisions that would make kindergarten compulsory for 5-year-olds. While most Nevada children are attending kindergarten at 5 and some start as early as 4, state law allows students to delay their formal education until 7 if their parents choose.

Nevada is one of 15 states that has a mandatory school-start age of 7, and of the estimated 37,000 5-year-olds in the state, about 2,000 aren’t in school. Adding them to the rolls would cost about $24 million over the next two years.

Homeschooling families testified that the bill would strip parents of the right to do what they think is best — including delaying formal education until their child is older than 5 and more mature.

Angela Freeman, a mother of three from Carson City, said she actually regretted trying to start formal homeschooling for her youngest son when he was 5. Her two older girls flourished when they started at age 5, but her son, now a second-grader, has only known struggle in school.

“It’s very discouraging,” she said. “I think that when you experience that constantly, it makes you not want to pursue something.”

Other homeschooling parents argued that with kindergarten freely available to children as young as 4, the current 7-year-old age limit isn’t limiting access. That’s a position shared by Republican Assembly Leader Paul Anderson, who pointed out that the state was already ramping up its investments in young children this year by funding kindergarten that lasts a full day, not just a half day.

“We have it available. I don’t see why we have to mandate it,” he told reporters on Tuesday. “I think you’ve got to give parents flexibility. For that to be mandatory is a little bit of an overreach.”

Sandoval's office said in a lengthy statement late Thursday that he'd review the proposal if and when it ends up at his desk. But his office pointed out that the state has hit roadblocks on its current quest to expand pre-K, in part because the Clark County School District opted not to join the state's pre-K initiative:

“In 2014 Nevada was selected as an award recipient of the U.S. Department of Education and U.S. Department of Health and Human Services Preschool Development Grants program. The first year grant allotment was more than $6.4 million with an allotment spanning the next four years of $43 million.

"In the Governor’s recommended budget for the 2017-2019 biennium, the State match is $13.8 million which will leverage $25.1 million in federal match dollars should the Governor’s budget pass. These dollars were anticipated to increase the preschool population by 58 percent but due to the state’s largest district electing not to participate in the program the state had to identify other operators to serve children in Clark County.

"Thanks to local non-profits like United Way of Southern Nevada stepping up to serve students in Las Vegas the state has been able to put most of these state and federal dollars to use.  Challenges in finding quality placements with the necessary space and teachers has limited Nevada’s ability to utilize the full funding and maximize the full amount of seats possible for our state’s youngest learners.

"While the Governor has always supported providing more options for students who would like to opt-in to high quality early childhood education programs he believes we should find a way to fully utilize current funding sources first.”

Anderson, a fellow Republican, said he’s supportive of pre-K and thinks the state’s experiments with the program have worked.

“If I’m a pro-life Republican, you can’t kick them to the curb when they’re born,” Anderson said. “I’ve got to make sure we as a society make sure there are interventions and support programs that give them at least an equal opportunity to succeed.”

Diaz, after listening to the pushback over the age requirement, defended her bill as a way to get as many children immersed in high-quality education programs as possible.

“My heart is in the right place,” she said. “I want to make sure that all children are on the path to be successful.”

This story was update at 10:30 p.m. Thursday to add a statement from Gov. Brian Sandoval.