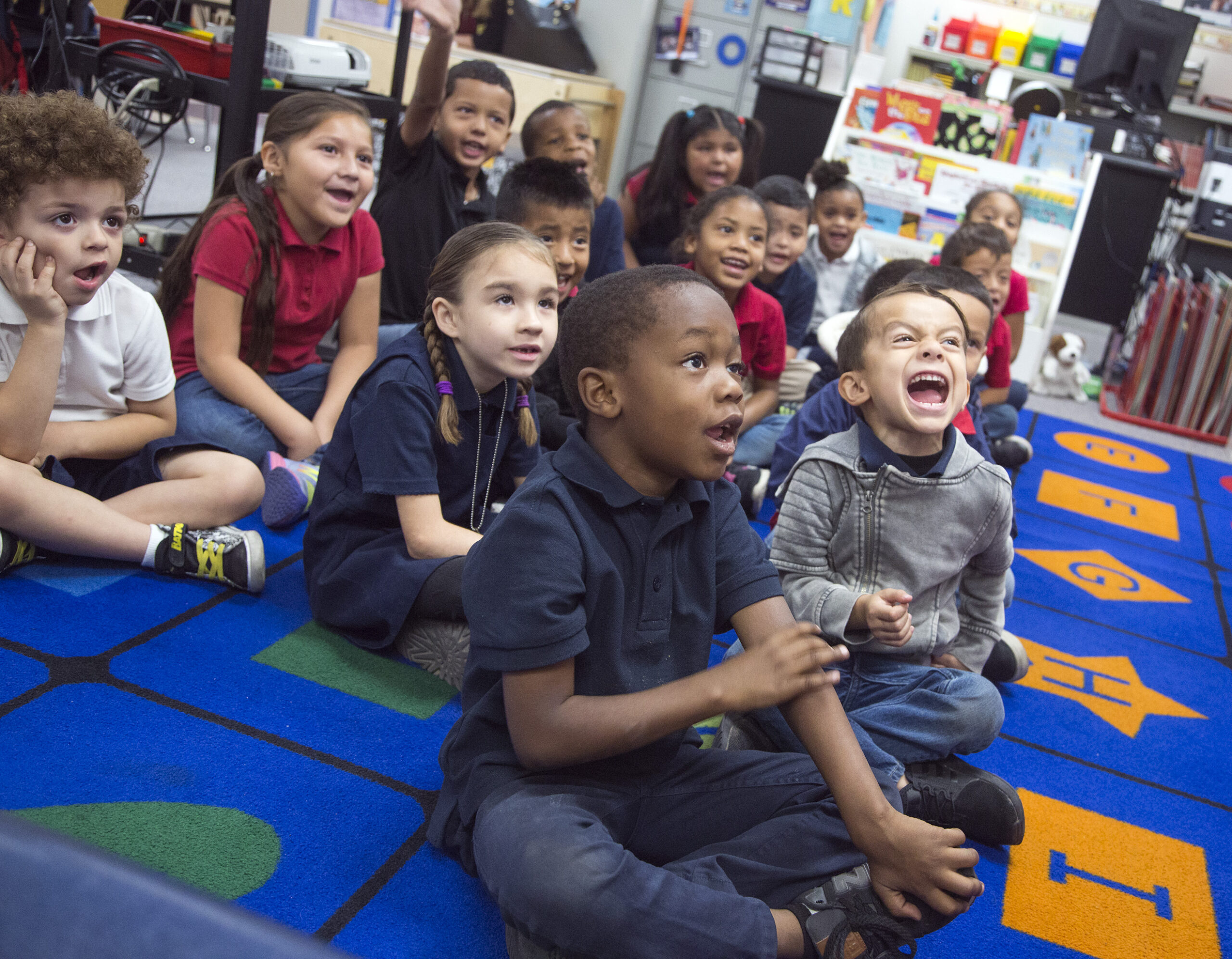 Discussion on an ambitious bill to reduce Nevada class sizes once and for all stirred up some deeper questions about how to pay for it and lingering frustration that halfway through the legislative session, lawmakers still have not unveiled their plan to overhaul public education funding.

Democratic Assemblywoman Brittney Miller, a classroom teacher, presented a bill Tuesday that would turn Nevada’s non-binding student-teacher ratio recommendations into binding mandates that are fully enforced by the 2028-29 school year. Teachers at the helm of larger-than-recommended classes would be paid additional money and would not be held accountable to reaching “student learning goals” they set for their annual evaluations. The bill also gives unions a role in setting student-teacher ratios.

“We have to look into the future. If we don't enact bold legislation, where will we be in 10 years? How large will our class sizes be? What will our student performance and school environments be like? How many teachers will be left?” Miller said. “How do you want this day in history, when there was an opportunity to take a stand, to be remembered?”

Smaller class sizes have been both a campaign promise from Democratic Gov. Steve Sisolak and a perennial rallying cry among education groups. It’s also been a personal crusade for Miller, who last session sponsored a bill that initially proposed automatically giving teachers with larger-than-recommended classes the highest possible rating on their evaluation.

Among the bill supporters was the Nevada State Education Association, whose parent organization — the National Education Association — recently issued a report ranking Nevada last in terms of student teacher ratio. It estimated the average teacher in Nevada in fall 2016 had almost 26 students in their care.

Although Nevada applies hundreds of millions of dollars each biennium to keep class sizes low, the money flows only up to third grade. Ruben Murillo, president of the union, read lawmakers letters from teachers about the toll that the large class sizes were taking on them.

“It's very hard to give individualized attention so all of those kids can be successful,” wrote one teacher about a year in which they had 34 fourth graders in class. “That was the year I felt more like a police officer than a teacher. The majority of my job is controlling the amount of students I had in my classroom … I feel very unsupported by the State of Nevada.”

Critics of the bill said they supported reducing class sizes, but wondered where the money would come from. Sisolak has not explicitly included more class size reduction funding in his budget, and the bill does not appropriate money to the effort, which would require districts to start reducing their classes in four years.

“Because this is currently an unfunded mandate, we can only hope that AB304 does not fall into the scrap heap of good ideas,” said Anna Slighting of the education advocacy group Hope for Nevada. “Thank you for not just discussing good ideas like this, but also for your leadership to fund them.”

Brenda Pearson of the Clark County Education Association said the bill provisions that punish districts for going over the class-size limits could have major costs. She said the Legislature in 2017 allocated $147 million to class size reduction, but that only supported about three-quarters of the teachers needed to meet class size targets, leaving the Clark County School District to pay another $40 million to cover the difference.

She said reducing all class sizes in upper grades to 25:1 in 2017 would have cost $309 million more than the state allocated.

“It becomes another unfunded mandate, but worse yet, sets up a cliff that districts are heading towards in 10 years without addressing the needs and the resources this issue demands,” she said.

And some critics voiced frustration that the Legislature still has not revealed its plans for a major overhaul of Nevada’s 50-year-old funding formula, with the session more than halfway through. The new system could have significant, and yet unknown, effects on a long list of education programs.

“We are testifying in neutral because we were unsure how effective this policy will be without either (1) additional funds to support it or (2) knowing if its fiscal impact will be included in the new school funding formula that has yet to be released,” said Michaela Tonking of Educate Nevada Now.

The Nevada Department of Education (NDE) said it could not determine the fiscal impact the bill would have, because it depends on what student-teacher ratios the state education board ultimately recommends and could require an unknown number of new buildings. As it stands, the board broadly recommends a 15:1 student-teacher ratio for lower grades and 25:1 for fourth grade and up.

“Until those ratios are set, there is no way to estimate the fiscal impact,” the agency wrote in a fiscal note. “Also, NDE is unable to estimate the infrastructure costs associated with the move to the class size ratios set by the State Board. As this is addressed across multiple biennia, it would also depend on how much each district is able to implement each year.”

Miller noted it would be several years before districts needed to implement smaller class sizes, and said the bill’s timeline offered the opportunity for Nevada to figure out how to fund the initiative.

“This is in no way intended to be another huge unfunded mandate,” she said. “In fact, it's intended to keep the conversation and the issue alive as we keep pursuing that goal.”