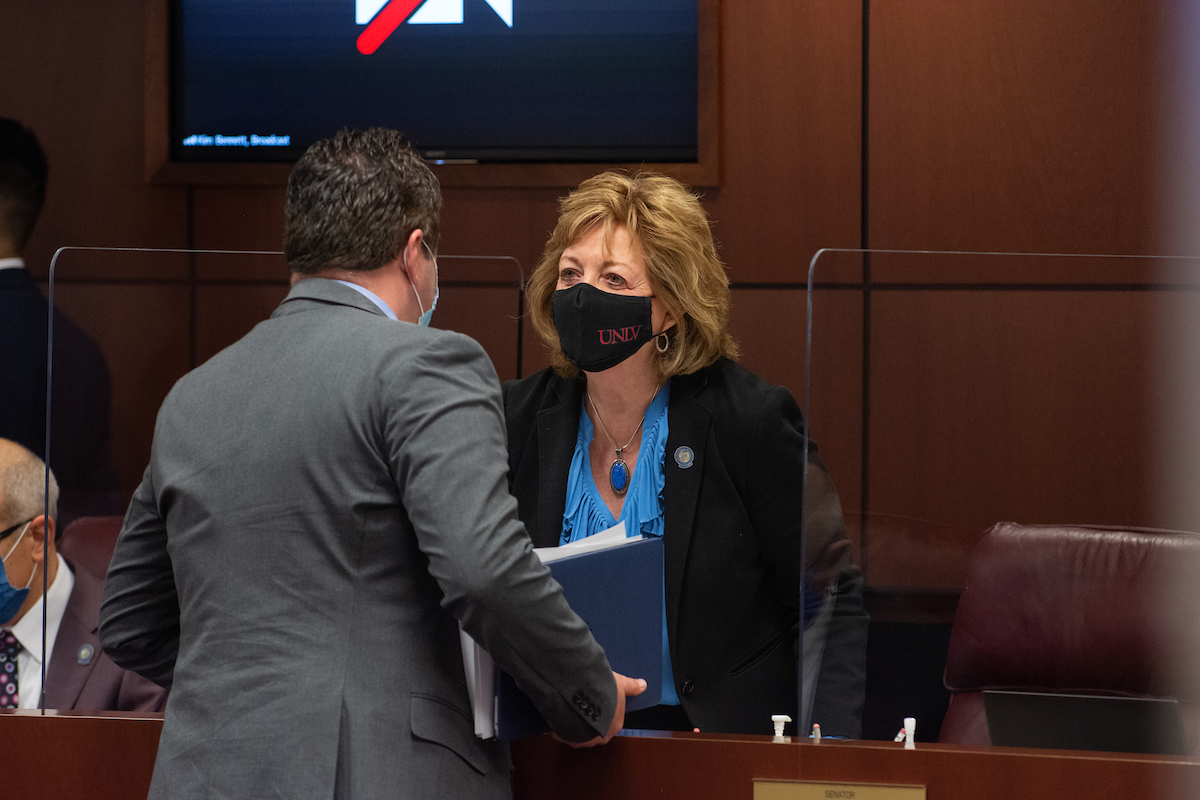 Although the demise of a bill to abolish the death penalty attracted widespread attention, another 18 bills met their fate in the Legislature at a Friday deadline for second committee passage.

Those included criminal justice reform measures that would have barred police from using deadly force if a subject appeared only to be a harm to themselves, a bill that would have created a treatment program option for people charged with misdemeanor domestic violence and another that would have promoted race-blind charging among prosecutors.

Other ideas — such as a bill relaxing rules around children playing without parent supervision, and one creating a “worksharing” program as an alternative to layoffs — also hit a wall after  passing in their house of origin.

The next major legislative deadline comes Friday, when most bills not exempted from legislative rules have to pass out of their second chamber.

Below is a rundown of the bills that failed to move forward.

AB17: Sponsored by the state’s Division of Parole and Probation, this bill would have eliminated the distinction between an honorable and dishonorable discharge from parole or probation. It passed out of the Assembly on a party-line 26-16 vote, and was heard in the Senate Judiciary committee on April 27, but never came up for a vote before the deadline. It was opposed by the state district attorneys association.

AB129: This campaign finance transparency measure, sponsored by Assemblyman Tom Roberts (R-Las Vegas), would have required political action committees in the state to report their cash on hand totals when filing contribution and expenditure reports, similar to the requirement for political candidates. The bill passed unanimously out of the Assembly, but never received a hearing in the Senate.

AB160: Sponsored by Assemblywoman Selena Torres (D-Las Vegas), this bill would have required courts to allow credit for time served in confinement prior to a criminal conviction. The bill passed out of the Assembly on a 33-9 vote, but never received a hearing in the Senate Judiciary committee prior to the deadline.

AB180: A bill aimed at expanding supplemental policies attached to Medicare for people with disabilities failed to advance past the deadline after never receiving a hearing in the Senate Commerce and Labor committee. The measure was sponsored by Assemblywoman Alexis Hansen (R-Sparks) and passed out of the Assembly on a 40-2 vote.

AB201: Legislation sponsored by Assemblywoman Cecelia Gonzalez (D-Las Vegas) that aimed to require more tracking and reporting on use of criminal informants failed to advance out of committee by deadline. The bill, which was approved on a party-line 26-16 vote in the Assembly, was heard in the Senate on May 13 and was scheduled for a committee vote on Friday, but was pulled and never voted on.

AB209: Cats may have nine lives, but this bill from Assemblywoman Susie Martinez (D-Las Vegas) banning the practice of declawing a cat only had one life, which was snuffed out Friday without ever receiving a hearing in the Senate Natural Resources Committee. It previously passed out of the Assembly on a 28-14.

AB243: A bill that would have required courts to consider whether a defendant is younger than 21 when deciding a sentence failed to clear the deadline. The bill, whose primary sponsor was Assemblyman David Orentlicher (D-Las Vegas) would also authorize prosecutors to establish a system of race-blind charging when considering criminal charges or allegations of criminal delinquency against a child. The bill passed on party lines in the Assembly, with all Republicans opposed.

AB268: The Senate failed to advance a measure that would have required law enforcement agencies to post their use of force policies on their websites. It also would have prohibited police from using deadly force against a person solely based on the premise that the person is a danger to themselves, and if a reasonable peace officer would not consider that the person poses an imminent threat of death or serious harm to the officer or another person. The bill, whose lead sponsor was Assemblywoman Lisa Krasner (R-Reno), also had Democratic co-sponsors and passed unanimously out of the Assembly.

AB313: This bill would have adjusted the law for removing people from the executive board of a homeowners association, including allowing people voting by secret ballot to do so electronically. It was sponsored by Assemblywoman Alexis Hansen (R-Sparks) and passed in a 40-2 vote, with two Democrats against.

AB339: A bill allowing justice courts to create treatment programs for people convicted of misdemeanor battery that constitutes domestic violence did not survive a deadline. The measure would also have required a court to seal the record of a defendant who successfully completes the program, if it is at least seven years after the charge is conditionally dismissed. The bill, sponsored by Assemblywoman Rochelle Nguyen (D-Las Vegas), passed the Assembly with just one lawmaker opposed.

AB367: Nevada students will not see requirements for “disciplinary skills” in their American government instruction after this bill died. The measure sought to cultivate skills that help students discern the reliability of any given source, and was supported by the Clark County Education Association, which said it would help students tell the difference between information and misinformation. The bill passed with just two Democrats in the Assembly opposed.

AB384: This bill would have authorized a survey on sexual misconduct for students in the Nevada System of Higher Education and would have shaped a process for responding to reports of misconduct. It also would have required an annual report from the system on certain information about sexual misconduct. Sponsored by Assemblywoman Selena Torres (D-Las Vegas), the bill passed unanimously out of the Assembly.

AB395: This bill would have abolished the death penalty. Although it passed out of the Assembly on a party-line vote with Republicans opposed, Gov. Steve Sisolak announced the day before the deadline that the bill had no path forward in the Senate.

SB90: Members of the Assembly did not vote on this bill, which would have used different language to describe investigations of health care providers that turn out to be unsubstantiated. Rather than calling the regulatory probe an “investigation,” it would refer to it as a “review and evaluation” for purposes of employment, professional licensure or liability insurance. The bill, sponsored by Sen. Joe Hardy (R-Boulder City), passed unanimously in the Senate.

SB123: This bill would have relaxed the requirements for joining the Silver Haired Legislative Forum, which acts on issues of importance to seniors. It would have allowed people to be appointed to the forum as long as they had lived in Nevada for six months — down from five years — and would have reduced the residency requirement in the appointee’s senatorial district from three years to 30 days.

SB143: This so-called “Let Grow” bill with bipartisan sponsorship failed to clear Friday’s deadline. It would have spelled out that people aren’t abusing or neglecting a child just because they allow a child to do independent activities. It also explicitly stated that minorities and children living in poverty are disproportionately subject to intervention about their child-rearing practices and deserve equality under the law. Co-sponsored by Sen. Dallas Harris (D-Las Vegas) and Assemblywoman Alexis Hansen (R-Sparks), the bill passed unanimously out of the Senate.

SB218: Landlords would be required to disclose extra fees on the front page of a lease agreement, would not be allowed to assess late fees until three days after rent is due and would only be able to charge one prospective tenant at a time a fee for a rental application. The bill, sponsored by Sen. Julia Ratti (D-Sparks) passed the Senate on a 12-9 vote, with all Republicans opposed.

SB308: Assembly members did not vote on this bill, which would have required the Department of Employment, Training and Rehabilitation (DETR) to create a worksharing program through which employers could opt to reduce the hours of a group of employees instead of laying them off, and DETR would provide partial unemployment benefits to those workers. The measure, backed by Sen. Marilyn Dondero Loop (D-Las Vegas), passed the Senate in a 13-8 vote, with most Republicans opposed.

SB381: This bill, which aimed to modify and expand definitions in law around “service contracts” — defined as contracts where a provider agrees to repair, replace or perform maintenance on goods over a certain period of time — failed to advance out of the Assembly after passing unanimously in the Senate.