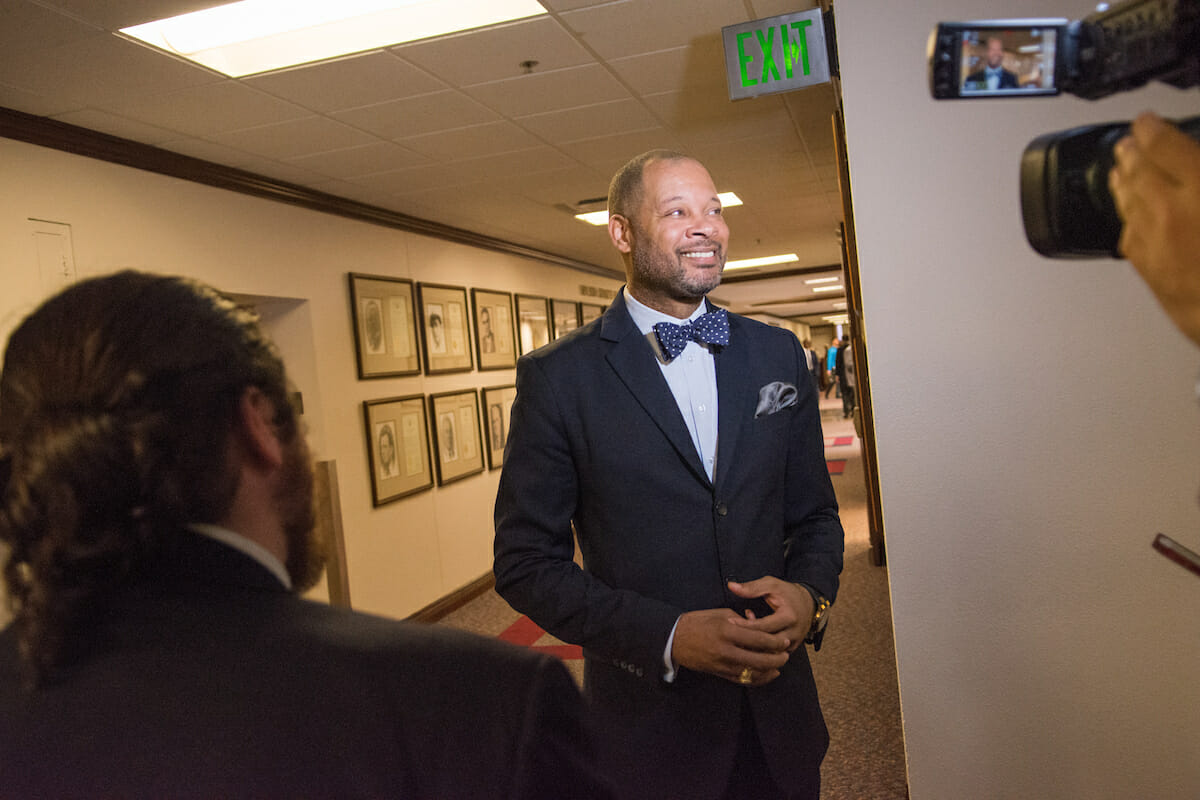 Senate Democrats are amending a comprehensive paid sick leave bill in the hopes of attracting support from members of the business community.

The proposed amendment to SB196, sponsored by Democratic Senate Majority Leader Aaron Ford and scheduled for a hearing Wednesday, would generally require private businesses and employers in Nevada with more than 25 employees offer paid sick time time off, with several exceptions. The previous version of the bill passed out of the Senate in April on a party-line 12-9 vote.

The amendment changes the requirement that businesses give their employees no less than one hour of paid sick leave for every 30 hours worked to one hour for every 40 hours worked. It also caps the maximum total accrual at 80 hours instead of a 48 hour maximum per year.

The previous version of the bill stated that employers may limit the amount of paid sick leave an employee uses to 24 hours per year. The new version raises that limit to 40 hours or about five work days a year.

"Paid sick days are critical for the economic security of hardworking Nevadans," Ford said in a statement. "Senate Bill 196 has been deliberately crafted to help businesses keep quality employees longer by removing the all-too-common choice between their health and their job."

Republican Gov. Brian Sandoval told the Associated Press in April that he had serious concerns about a policy that could harm the state’s business-friendly reputation and stunt economic development in the state.

"Paid benefits are a business decision that are an incentive to attract talent," Sandoval said in a statement emailed Tuesday evening. "Government mandates are not the right policies for our state during a time of economic recovery and growth."

A spokeswoman for Sandoval did not immediately provide a comment on the amendment.

The amendment also prohibits use of paid sick time off until the first anniversary date of a worker’s employment and states that the requirements of the bill do not apply to employees who work less than 12 consecutive months for the employer. Employers who provide by contract, policy or other agreement full-time employees with a paid sick leave policy or paid time off policy that provides for at least 40 hours of paid leave a year would be exempt from the law, under the amendment.

It also exempts day or temporary workers, construction workers or provides occasional or irregular work at a hospital or health care provider. The amendment removed an exemption for workers employed in a “bona fide executive, administrative or professional capacity.”

Additionally, the amendment specifies that employees can’t be compensated twice for the same hours of leave, that all leave will be calculated based on the employee’s anniversary date with the employer and that full time employment is based on at least of 1,600 hours of work annually.

The amendment also makes changes to the definition of who counts as an employer to someone who has 25 or more employees in private employment in the state — instead of 50 employees for each working day in 20 or more calendar weeks in the current or immediately preceding calendar year.

According to the National Conference of State Legislatures, seven states and Washington D.C. require paid sick leave for private employers.

The bill is scheduled for a hearing in Assembly Commerce and Labor at 1:30 p.m. on Wednesday.