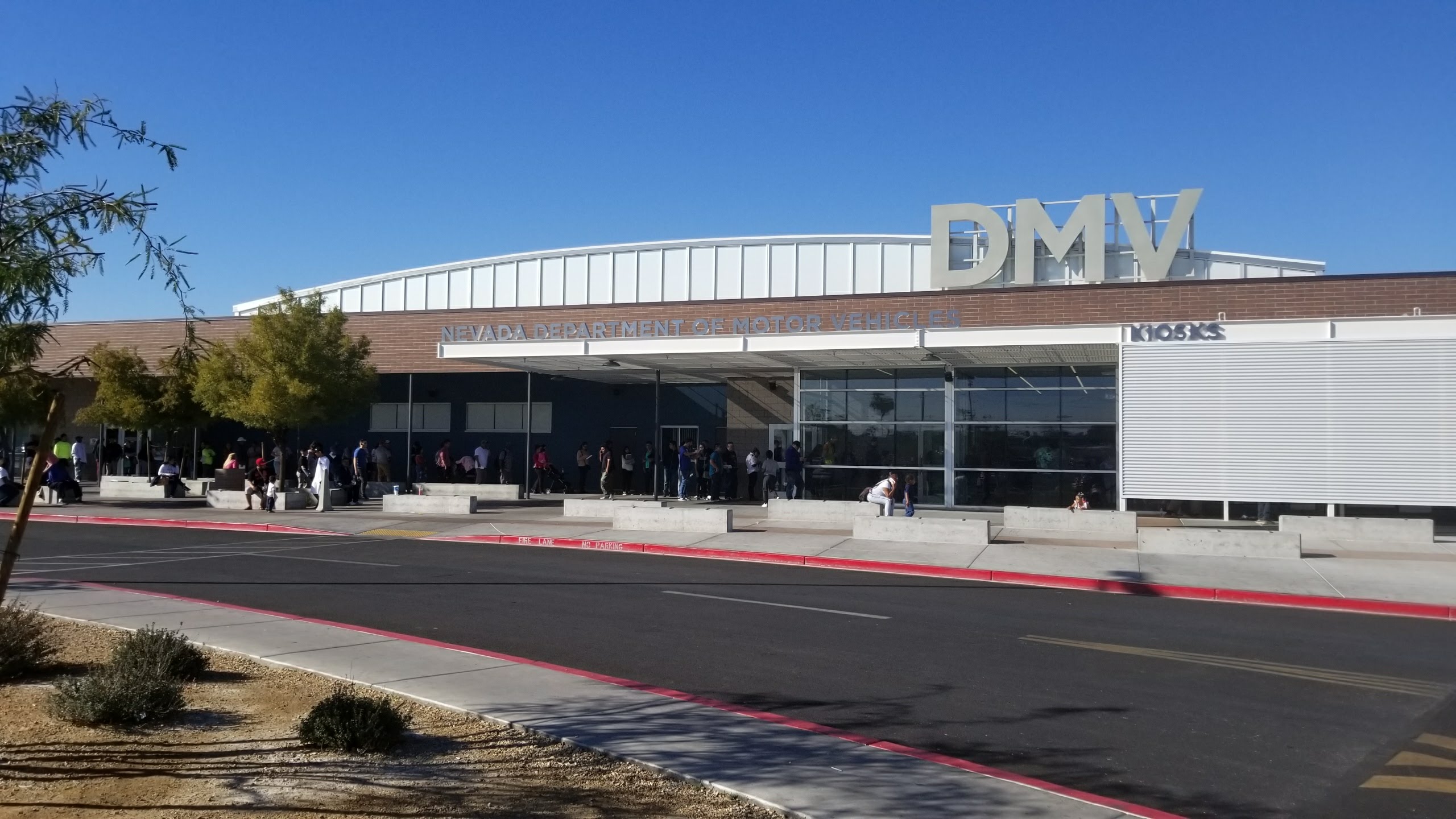 The Nevada Department of Motor Vehicles plans to again ask the Legislature for an extension of a $1 per transaction “technology fee,” for at least four years, in part to help transition the agency to a new online-focused approach.

DMV leadership briefed state lawmakers on an interim state budget panel Monday on their plans for an estimated $54.3 million initiative establishing a “Virtual Field Office,” designed to transition the bulk of DMV operations and customer services over the next four years to a primarily online platform.

DMV Director Julie Butler said continuation of the $1 technology fee — which brings in about $7 million a year — was a necessary funding component given expected reductions in agency funding over the next two years of the budget cycle.

Although the technology fee and planned system upgrade have been in the works since 2015 — derailed by a failed multi-million dollar contract with a private vendor — Butler said that the DMV was taking a “new effort and new approach” to the project, setting a four-year implementation timeline to not just update the department’s internal computer software, but also to redirect the agency toward an online-first approach.

“The staffing challenges coupled with the COVID-19 pandemic have spotlighted the need for the department to radically change its service delivery,” she said during the meeting. “No longer can we be a brick and mortar operation that happens to have a website for a few transactions. We need to be an online operation where customers only come into the office as the exception rather than the rule.”

The planned transition away from in-person services to online has been hastened by the COVID-19 pandemic — Butler presented information showing that the DMV served more than 1.1 million customers in the last two quarters of 2019, but only 561,000 through the last two quarters of 2020. She said long wait times and difficulties in making appointments was caused by an abnormally high number of no-shows to appointments, estimating that about half of appointments ended with customers not showing up.

In an interview, Butler said that the DMV’s software systems “are still ancient by technology standards,” but that the department had opted to shift course in 2019 and go in a different direction than the planned system upgrade first proposed in 2015 — when lawmakers initially granted approval of the $1 “technology fee” assessed on all transactions from car registration to license renewals to help fund a planned five-year system modernization project.

But a state audit in 2018 found that a contractor, Tech Mahindra, was months behind schedule and not fulfilling its requirements under the contract, such as providing inadequate staffing levels and missing deadlines for project documentation. The contract was ended by the state in early 2018, four days after release of the audit report.

Butler said she opted to not put the contract out to bid in 2019 (shortly after coming aboard as new DMV director under Gov. Steve Sisolak) to instead focus on a holistic approach toward how the agency approached its mission, ending up with a four-year “roadmap” of seven initiatives that Butler said would transform the agency from “custom developed software and into modern technologies that support the department's vision of customer service.”

The initiatives include moving to a cloud-based technology system, several operational and organizational changes, a replacement backend mainframe, a thorough data cleansing of information kept by the system and creation of a “Virtual Field Office” to direct the bulk of customer transactions and needs online, as opposed to in person.

The estimated $54.3 million price tag over the two years of the budget cycle are included as a proposed “one-shot” appropriation, meaning that it isn’t directly built into the agency’s specific budget account and would instead be introduced as part of a larger appropriations bill near the end of the session. Though Sisolak and state lawmakers have urged flexibility on the budget owing to uncertainty related to the COVID-19 pandemic, Butler said she hoped lawmakers included funding for the project in the final budget.

“The way that the department does its business has been based on face to face interaction for many many years, and what the pandemic has shown us is it can't continue,” she said. “And so you know I'm really hoping that the Legislature understands that and sees that and sees fit to fund it.”

Unlike most state agencies, the DMV isn’t funded out of the state’s “general fund,” which is the main budget account funded by sales, gaming, payroll and other familiar types of tax. It’s instead funded through the state’s Highway Fund, the primary budget account for the agency funded through gas taxes, federal transportation dollars, bonds and other highway-focused revenue sources.

The Nevada Department of Transportation and a handful of other state agencies and operations are funded out of the Highway Fund, but that source of funding has been increasingly squeezed in recent years.

The DMV anticipates receiving about $148 million from the state’s Highway Fund over the two years of the budget cycle, but that could vary based on the actions of the 2021 Legislature.

It’s complicated, but dollars from the Highway Fund that can be allocated to the DMV every year are capped at a certain percentage, which was raised in recent years to account for the computer system upgrade. But lawmakers in the 2020 special session opted to balance the budget in part by transferring all proceeds from the car registration tax to the state’s normal budget fund, which is usually split 75-25 between the two budget accounts.

As it stands now, state law will reset the car registration tax balance back to normal on July 1. If lawmakers again tap into that tax to help balance the budget but also move it out of the Highway Fund, the DMV says its share of those dollars will decrease to a level that will either require an increase in its spending cap or the closure of DMV office facilities to stay within that limit.

The department’s budget requests (which also include the elimination of 64 vacant positions department-wide) are assisted by the existence of the $1 technology fee — but its future could be in jeopardy.

At the end of the 2019 Legislature, state Senate Republicans filed a lawsuit challenging what they alleged were unconstitutional votes to extend the deadline of otherwise soon-to-expire rates in both the state payroll tax and the DMV transaction fee. That case is still pending before the state Supreme Court.

Butler said the agency could theoretically implement the project without a continuation of the technology fee, but that the roughly $7 million annually raised by the fee helps diversify funding sources and lessens budgetary pressures on other operations of the agency.

“Realistically speaking, IT systems cost money,” she said. “And the changes that we need to make to support our business, those don't just happen without a funding source. So, I guess you can kind of read between the lines there, but to maintain and do the business that we need to do is tremendously expensive, and we need our dedicated funding source for that.”