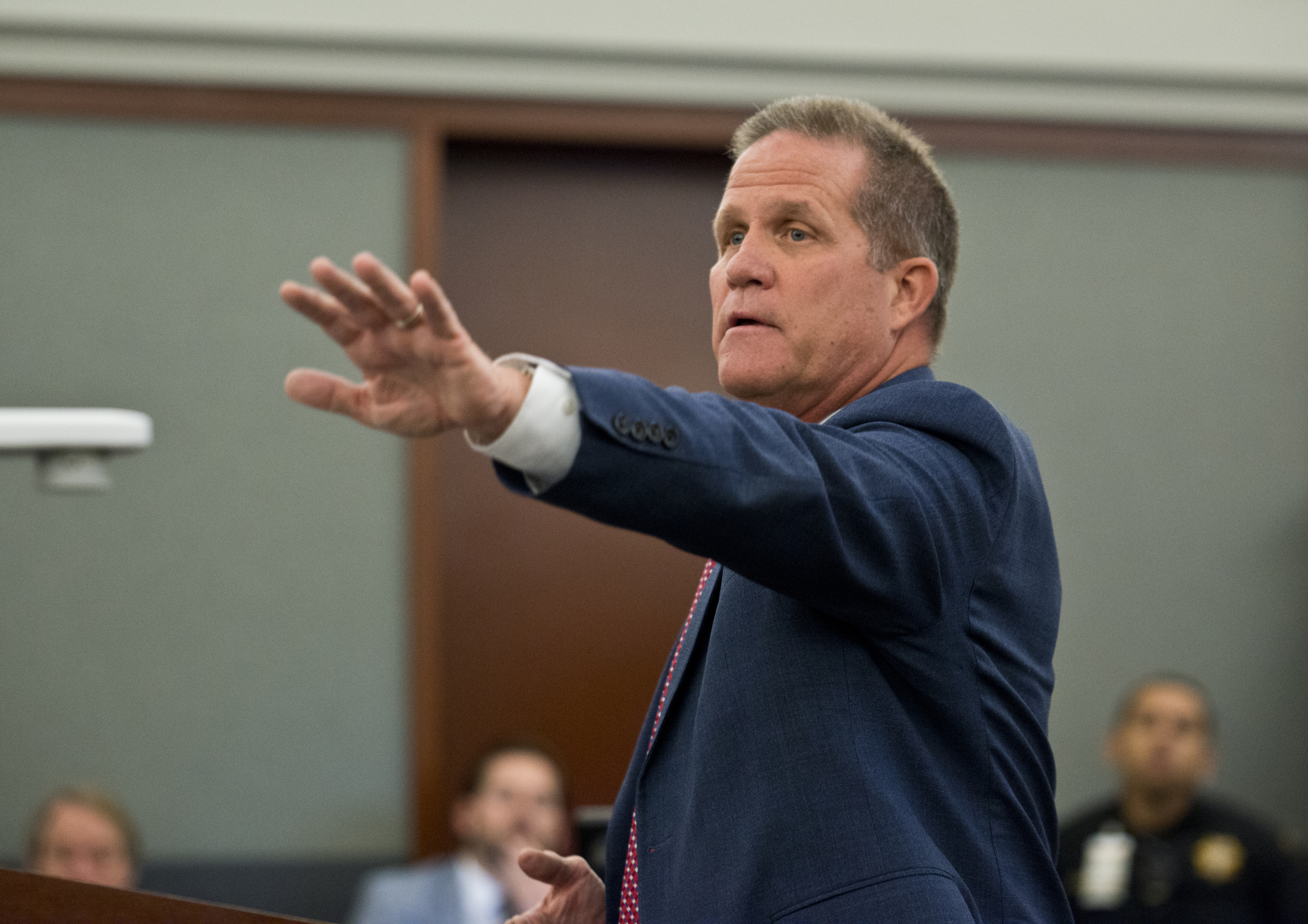 Though President Donald Trump fell short of victory in Nevada’s 2020 election, state Republicans still saw quite the silver lining in election results — the first major gains in legislative races since the 2014 midterm elections.

Though election results are being contested (including a request for a special election in one close state Senate race), a substantial amount of credit for Republican success in down-ballot races is being attributed to a well funded political action committee called “Stronger Nevada PAC.”

The group, headed by former Lieutenant Governor Mark Hutchison, raised and spent nearly $2 million through the course of the campaign season, focusing on television, digital and mail advertising spending in a state Supreme Court race and a handful of key swing Assembly and state Senate races.

Though the group was not successful in all of its targeted races, Hutchison said in an interview that he was pleased with the down-ballot results of the election, saying it has justified his belief that Nevada was still very much a swing state despite recent strings of victories by Democrats.

“Nevada is much more of a purple state (and) still is, I think now as a result of this election,” he said. “A lot of people were talking about it becoming a blue state, and really having sort of left the ‘purple stage.’ I really feel like this election is putting the data back into what we’ve known for years, a purple state. Nevadans care about candidates and they care about policies, and they're going to vote for those kinds of policies, not necessarily straight party line.”

The PAC made some limited television ad buys, but largely focused on digital and mail advertising in down ballot races, including Doug Herdon’s state Supreme Court race against attorney Ozzie Fumo, three state Senate races (Districts 5, 6 and 15) and four Assembly races (Districts 4, 29, 31 and 37). It reported spending more than $130,000 on Facebook ads, according to the social media company’s repository of advertisements on its platform — more than either Steve Sisolak or Adam Laxalt spent on the platform during their respective runs for governor in 2018.

Creation and use of a political action committee to help boost legislative Republicans isn’t a new trend; former Gov. Brian Sandoval did it in 2014 and 2016 through the “Nevada Jobs Coalition,” a similar independent expenditure-focused committee that ran advertisements boosting Republican candidates.

But the 2020 effort was notable both in the size and source of the contributions (more than half of the PACs contributions came from 501(c)(4) social welfare nonprofit groups, which aren’t required to disclose donors) but also in leadership structure; Hutchison left office in 2018, but worked with several currently-elected Republicans including state Sen. Ben Kieckhefer and Assembly members Jill Tolles and Tom Roberts.

In an interview, Kieckhefer called the PAC and leadership arrangement a “good partnership,” and said it had proved an effective counter to Democratic advertising against Republican candidates. He said the PAC’s success bodes well for the upcoming 2022 midterms, and that some of the financial relief it offered was a product of businesses pushing back against the prospect of Democratic supermajority control of the two legislative chambers.

“This was an instance where businesses that were feeling under attack by their state government decided to step up and take a stand,” he said. “And part of that was investing in the effort to gain legislative seats for Republicans. And we did that. So, this was a statement, and hopefully people are paying attention.”

As for Hutchison, his continued political involvement while out of office continues to fuel speculation about a potential future candidacy — Gov. Steve Sisolak and U.S. Sen. Catherine Cortez Masto are both up for re-election in 2022. Hutchison said he plans to “think about my political future later,” but hinted that Republicans need to expand beyond the normal base to see success in the upcoming midterms.

According to campaign finance reports, the Stronger Nevada PAC raised more than $1.8 million cumulatively through the first nine months of the calendar year, while spending more than $1 million over that same time period. Actual spending and contribution levels are likely to be higher, given that currently-reported fundraising totals don’t include the final month of campaigning.

Much of the group’s funding is obscured through the use of 501(c)4 nonprofit advocacy and social welfare organizations — which are not required to reveal their donors — for contributions. Hutchison helped fund the PAC’s initial wave of spending in the spring through a nonprofit called “Nevada Foundation for Judicial Engagement,” which contributed about $150,000 to the PAC in April.

That nonprofit was created in February of 2019 and is registered to Hutchison’s private-practice law office. It has reported no other contributions to Nevada-level or federal candidates since it was created.

But the group’s largest contributions have come from a similar 501(c)4 nonprofit organization called American Exceptionalism Institute Inc., which contributed a sizable $985,000 to the PAC in October and September — more than half of its listed contributions. The group has few public footprints; it lists an Alexandria, Virginia P.O. Box as its mailing address, and its listed chairman is an Ohio conservative activist named Chris Macisco.

According to government ethics group Citizens for Responsibility and Ethics in Washington, the group was founded by an Ohio lawyer named James G. Ryan who is also involved in other “dark money” 501(c)4 nonprofits that engage in heavy political spending.

Outside of a publicized television ad campaign urging Kentucky Sen. Rand Paul to support the nomination of CIA Director Gina Haspel in 2018, the nonprofit has not attracted much interest or public attention. More recently, it contributed $150,000 to a Super PAC supporting Georgia Sen. Kelly Loeffler in July 2020.

Other major donors to the Stronger Nevada PAC include the Republican State Leadership Committee, which contributed $200,000, and $250,000 from Nevada Gold Mines, the joint partnership between mining conglomerates Barrick and Newmont. The state’s mining industry soured on legislative Democrats after the 2020 summer session, where lawmakers pushed through three proposed constitutional amendments that would remove the cap on net proceeds of minerals.