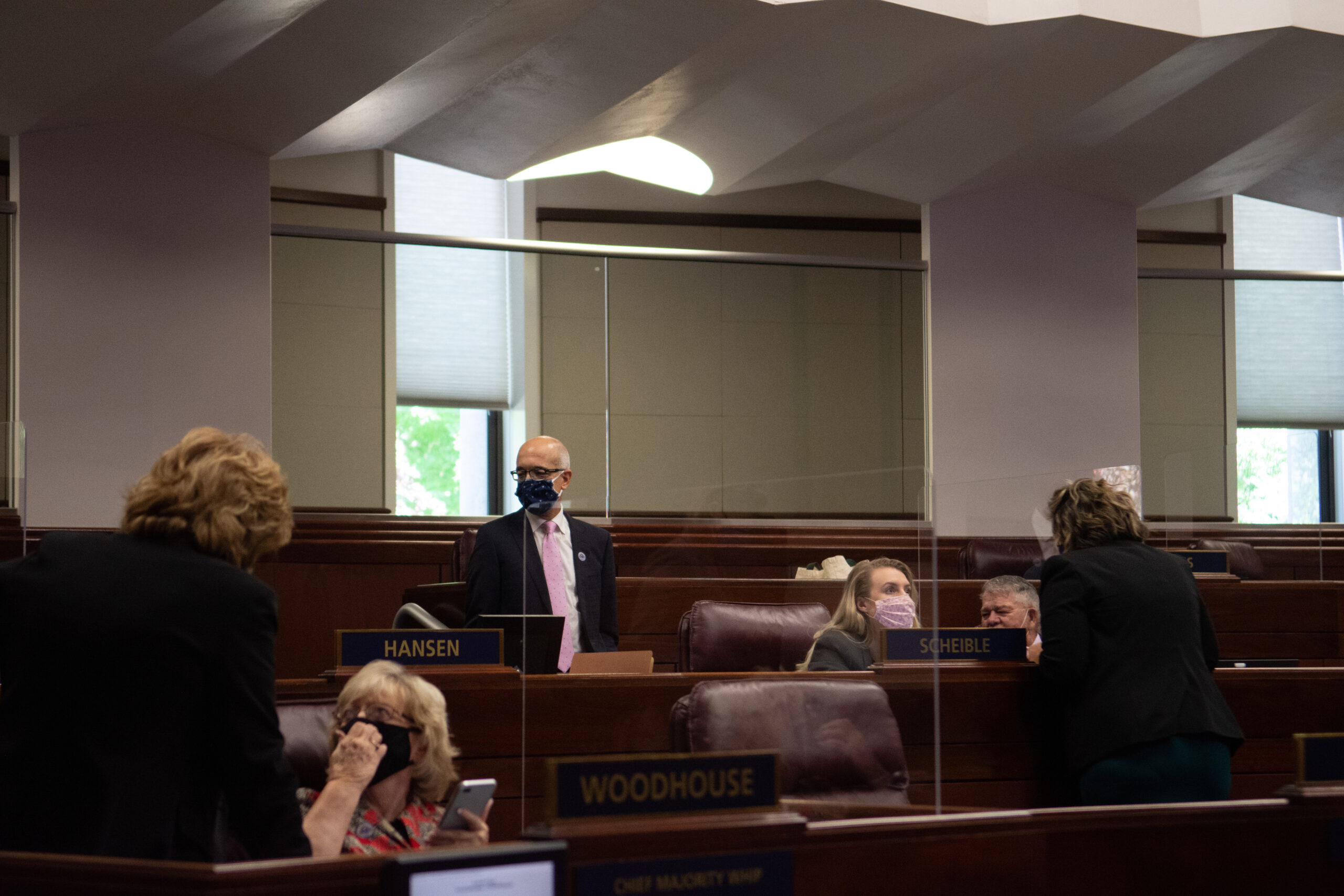 Nevada lawmakers have kickstarted a process that could eventually raise taxes on mining companies by passing three potential constitutional amendments during the special session.

In separate floor votes on Sunday, the Democrat-controlled Assembly and Senate voted in favor of AJR1, AJR2 and SJR1 — three measures that would modify the current 5 percent cap on the net proceeds of minerals tax set in the state’s Constitution. Progressives have been seeking more revenue out of the industry, saying it has had a “sweetheart deal” in the Constitution since Nevada gained statehood in 1864.

Two of the proposals (AJR1 and SJR1) would remove the 5 percent cap and implement a 7.75 percent rate on gross mining proceeds, with portions of the new tax funds earmarked either for education or health care (AJR1) or a separate fund for payments to “eligible persons domiciled in this State” (SJR1).

But the third proposal, AJR2, is more conservative — amending up the net proceeds tax rate to a maximum of 12 percent, with a minimum taxation rate tied to the property tax rate of the jurisdiction where the mining operation is located. The first two proposals would raise an estimated $541 million in new tax revenue (assuming that the Legislature backfills lost revenue for local school districts and governments), while AJR2 would, assuming the full 12 percent tax rate, generate about $170 million.

Assembly Speaker Jason Frierson described that measure as an olive branch and potential compromise with the mining industry. Nevada Mining Association President Tyre Gray, while opposing the other two measures, testified in the neutral position on AJR2.

“AJR2 represents a good faith effort to protect the current net proceeds mechanism and holds the local governments harmless,” Gray said during testimony on AJR2 in the Senate. “Yet it bears mentioning that the top rate would increase by 140 percent. This is a large jump that could threaten smaller operators and start to slow investment into the state.”

All three resolutions passed out of the Assembly after midnight on Sunday, after hours of hearings and public testimony on the bill. They passed largely on party lines, though four Assembly Democrats crossed party lines to oppose SJR1, which still passed on a 25-17 vote.

On the Senate side, Republican Sen. Joe Hardy crossed party lines to support AJR2, saying that it was the “least worst” of the three options. The other two resolutions were approved along party lines in the Senate.

Critics had argued SJR1, with its “dividend” of mining revenue divided among Nevada residents, would only serve to increase mining’s political power among voters in the state and create a perverse incentive to continue exploration in spite of environmental consequences.

Gray said on Sunday that AJR1 would raise taxes on the industry by 385 percent, putting in jeopardy mining jobs that are “the middle class American dream.”

Opponents of adjusting mining’s tax structure through any of the three mechanisms argued the changes could put mines out of business, cutting off an economic lifeline for many rural communities.

"I worry that this bill will change the economics of the mining industry in Nevada and will drive them elsewhere,” said Paul Enos, who is head of the Nevada Trucking Association and hails from a mining family, “whether it's to Ghana, whether it's to Uzbekistan, South Africa, Australia."

Others said it was unfair to consider a tax on the gross proceeds rather than on the net, after companies make deductions for business expenses. But supporters of adjusting the tax said the taxation policy should not depend on whether a mining company is making a profit.

All three resolutions will come back to the Legislature after the November election. If approved again by lawmakers, the measures will proceed to the 2022 general election ballot for adoption into the state’s Constitution.

The compressed timeline itself drew the ire of Republicans. They said the majority was running “roughshod” over the minority and rushing a process that should take several years by scheduling the votes during special sessions, where time and participation is limited, rather than biennial regular sessions.

“This is a farce,” Republican Sen. Ben Kiekchefer said. “This will be the third constitutional amendment we’ve passed in the past three days, and on the same industry, the same tax, the same sections of the Constitution, and ultimately, it’s to no effect.”