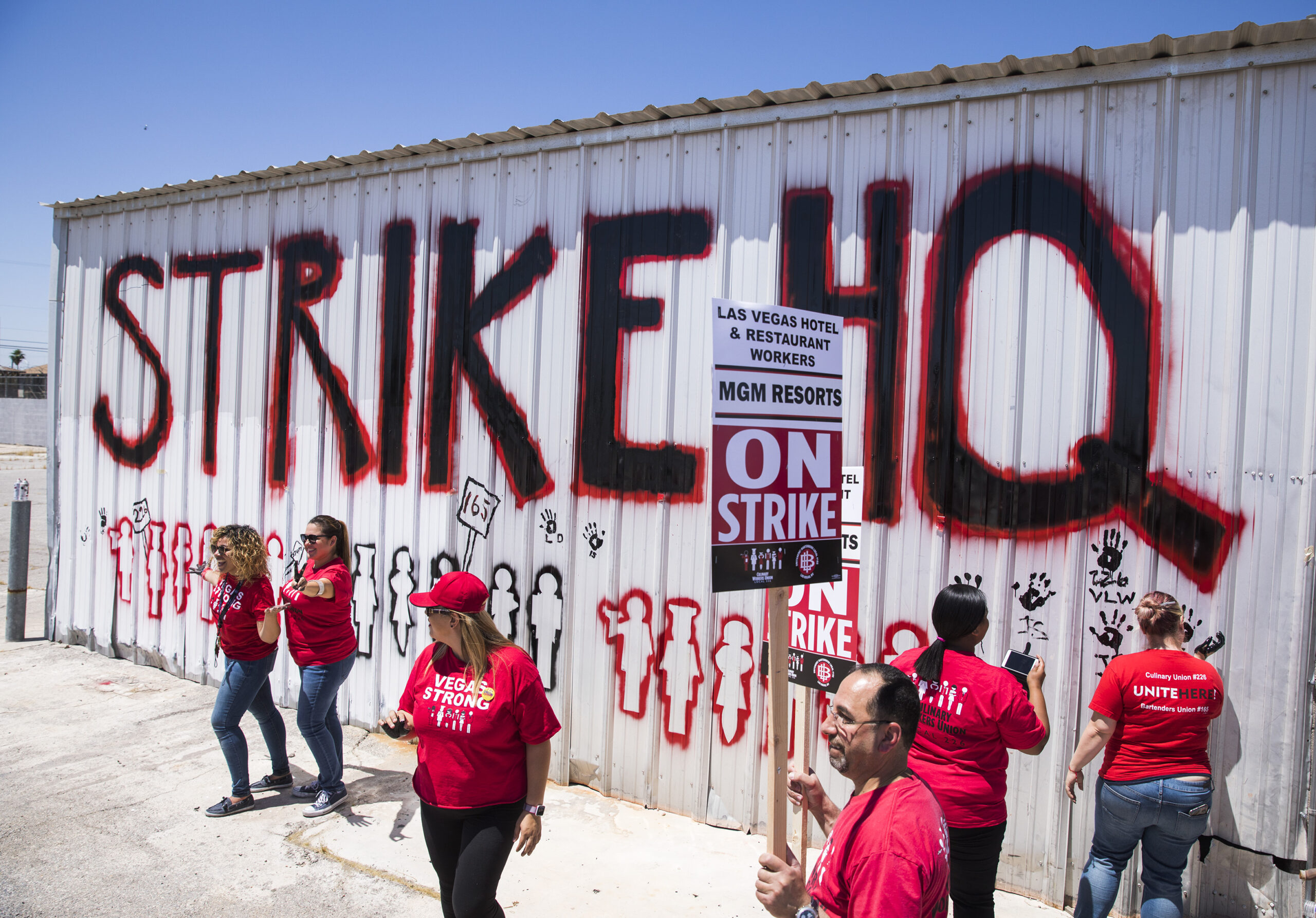 A bill giving more than 20,000 state workers the right to collectively bargain is moving forward with some major caveats — it would allow the governor the final say on wages, and wouldn’t bind the state to union demands on retirement contributions and health insurance.

The amended bill, heard late Wednesday in the Senate Finance Committee, would allow state employees to negotiate for salary and other benefits as part of 11 separate bargaining units beginning in 2021. But the governor could still disregard the conclusions of the negotiations if he or she wants.

“Notwithstanding the provisions of any collective bargaining agreement,” the amendment language reads, “the governor may include in the biennial proposed executive budget of the state any amount of money the governor deems appropriate for the salaries, wage rates or any other form of direct monetary compensation for employees.”

Collective bargaining for state employees was one of the biggest promises made by Democratic Gov. Steve Sisolak and a major priority of AFSCME. It was considered on shaky footing for weeks because of the cost of allowing state workers to collectively bargain, but appears back on track.

Though Democratic Sen. David Parks is the bill sponsor, the amendment was presented by Sisolak’s Director of the Department of Business and Industry, Michael Brown. He said the bill would allow state workers to enjoy the same benefits and job security held by local government workers, who have been allowed to collectively bargain since 1969.

“With this amendment, this administration believes that SB135 will strike the creative balance to provide for the efficient management of state government and provide for the many men and women who faithfully serve Nevada,” he said. “Their skills, knowledge, experience and devotion have been invaluable to our state and we are grateful for their service.”

Although the amendment aimed to align the collective bargaining structure with the system used by local government by setting up a negotiating period and delineating topics that can be discussed in collective bargaining, the biggest change by far is expanding the governor’s latitude on budgeting. The governor’s decision will not be considered a “prohibited practice” in negotiations.

“Despite all that, the governor when he submits his executive budget can put in whatever salaries and wages he wishes,” Bruce Snyder, head of the Local Government Employee Management Relations Board, said during the hearing.

State employees will not have the power to negotiate over health insurance; that remains the purview of the Public Employees Benefits Program (PEBP). The state would not be required to abide by union contracts on PERS retirement contributions or things such as mandatory staffing ratios.

In spite of the rollbacks, the measure attracted support from various Nevada labor unions and dozens of green-shirted AFSCME members who burned the midnight oil for a chance to speak in favor of the bill.

“A lot of compromise has been put into this bill,” said Nevada AFL-CIO head Rusty McAllister. “This is a good step to getting these employees a seat at the table.”

McAllister said state employees will now be able to bargain on issues including safety and discipline that go beyond wages and benefits.

Several conservative and business groups testified against the bill, saying they were concerned that raising state worker salaries combined with promises to increase education funding in future sessions could put unmanageable pressures on the state budget.

“We would have less concern if there was an identified funding mechanism, but we feel this is setting ourselves up for, in the next two to four years, a considerable amount of resources that will have to be dedicated to this project,” said Bryan Wachter, lobbyist for the Retail Association of Nevada.

Woodhouse said the Finance Committee still needed to assess potential fiscal impacts of the bill and took no action on the measure after the half-hour hearing.