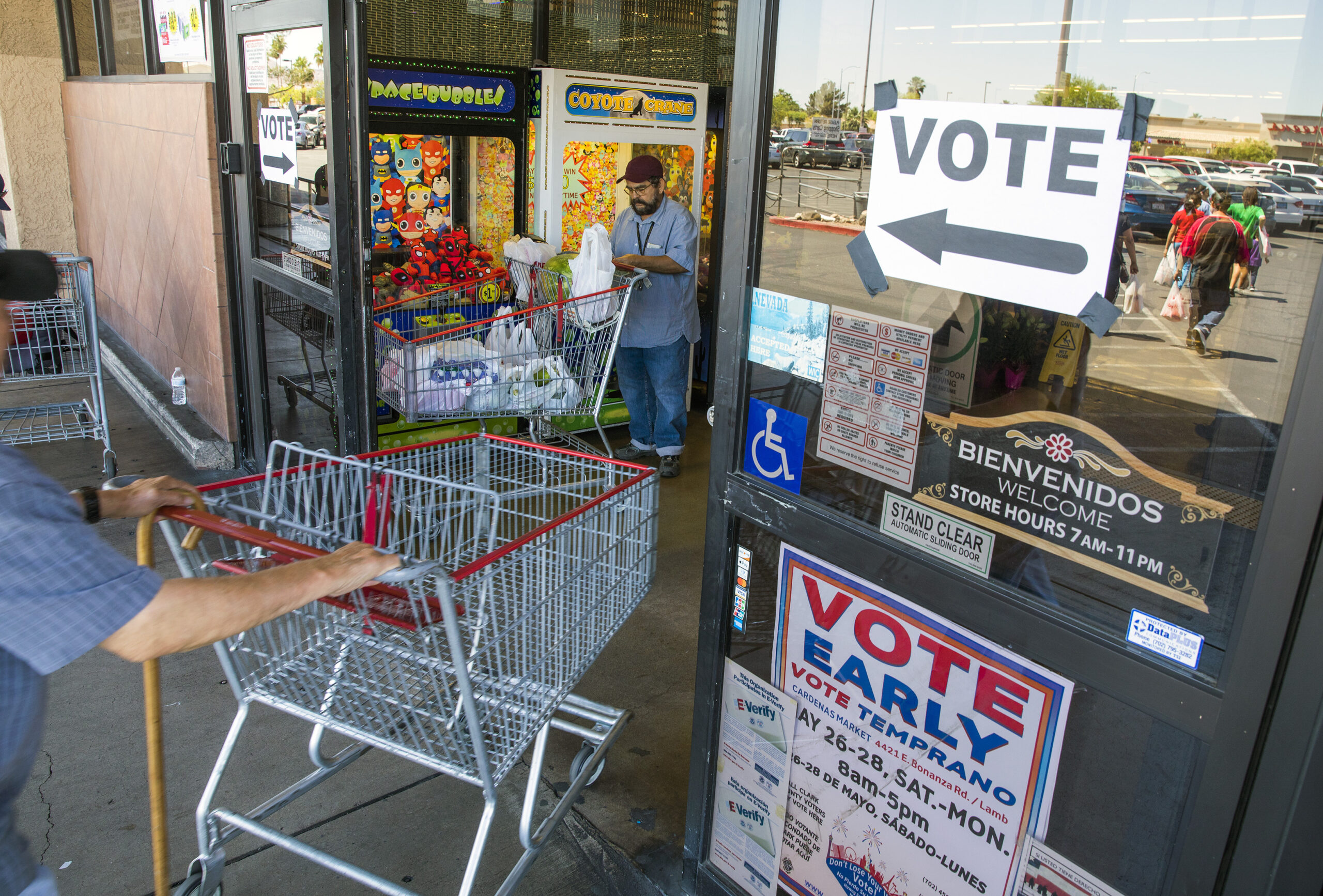 A nascent political group led by a teacher in rural Nevada is proposing to amend the Nevada Constitution by substantially overhauling the structure of state Senate elections, including elements of ranked voting in those elections.

According to paperwork filed with the secretary of state’s office last month, a public school teacher in Beatty named Benjamin Pennington has filed documents signaling an intent to begin collecting signatures for a proposed initiative petition that would reduce the terms for state senators from four to two years and align their districts with the boundaries of the state’s congressional districts.

The proposed initiative would redraw state Senate boundaries to fit Nevada’s number of U.S. House seats (currently four) and would allow each district five senators. But voters would cast ballots for state Senate candidates using a single transferable vote system, where voters would rank candidates in order of preference and the vote is “transferred” if a person’s first choice is eliminated.

In an interview, Pennington said he drew inspiration for the system from Australia and other governments with similar systems as a way to increase proportional representation, get rid of “needless redundancy” in the Legislature and eliminate the ability of the state Senate to create gerrymandered districts with an overwhelming voter registration advantage.

“If we change how we elect our officeholders, the problem of gerrymandering disappears,” he said.

At least nine states have jurisdictions using a form of ranked-choice voting, and voters in the state of Maine approved a ballot question in 2016 to use the system for federal and state elections. A group in Nevada — Nevadans for Election Reform — filed an intent to circulate a ballot petition to implement a similar statewide ranked-choice voting system in 2018, but failed to gain enough signatures to make it onto the ballot (Doug Goodman, who heads that organization, said it was not involved with the new ballot question).

According to the ballot question’s description of effect, a summary of the proposed ballot question required to be printed at the top of every signature sheet, the proposed amendment would benefit the state by ending the “unnecessary duplicate structure” in the Legislature and reduce the amount of time and energy spent on redistricting.

“The end goal is to increase the number of effective political parties in the Nevada Senate, increase the viability of candidates that are not affiliated with any political party, and decrease the amount of money that a candidate needs to spend on advertising in order to have a viable campaign,” it states.

The measure would also change constitutional limits on the size of the state Senate from “not be less than one-third nor more than one-half of that of the members of the Assembly” to requiring the Assembly be at least one more than twice the number of state senators.

Additionally, Pennington filed documents indicating the creation of a political action committee — “Fountainhead Society” — to assist with the initiative. Its stated purpose is to “advocate changing how Nevada, and other States, elect their State Legislatures.”

Pennington said the group has not yet engaged in fundraising, but that he had been in contact with certain “select individuals” who may be willing to financially support the effort.

Nevada’s state Senate is composed of 21 members who serve staggered four-year terms. Each senator represents a district that contains within its boundaries two state Assembly districts. The number of state senators has fluctuated over time — from a low of 15 to a high of 25 in the 1800s — and has been set at 21 since 1983.

As with any other voter-driven constitutional amendment, backers of the initiative first must gather signatures from at least 10 percent of voters who cast a ballot in the last preceding election, including minimum totals in all four of the state’s congressional districts.

Statutory petitions (and official signature gathering) can be filed on or after Sept. 1, 2019, and the last day to submit signatures is June 16, 2020.

Only one other group — the League of Women Voters — has thus far formally filed paperwork to qualify a new constitutional amendment through use of the initiative process; the group is seeking to create an independent redistricting commission to combat partisan gerrymandering.

Other questions facing voters on the 2020 ballot include a second go-around for a measure raising the state’s renewable portfolio standard in the Constitution (Question 6 in the 2018 election), and four measures introduced in the Legislature in 2017 and approved in the 2017 and 2019 legislative sessions: