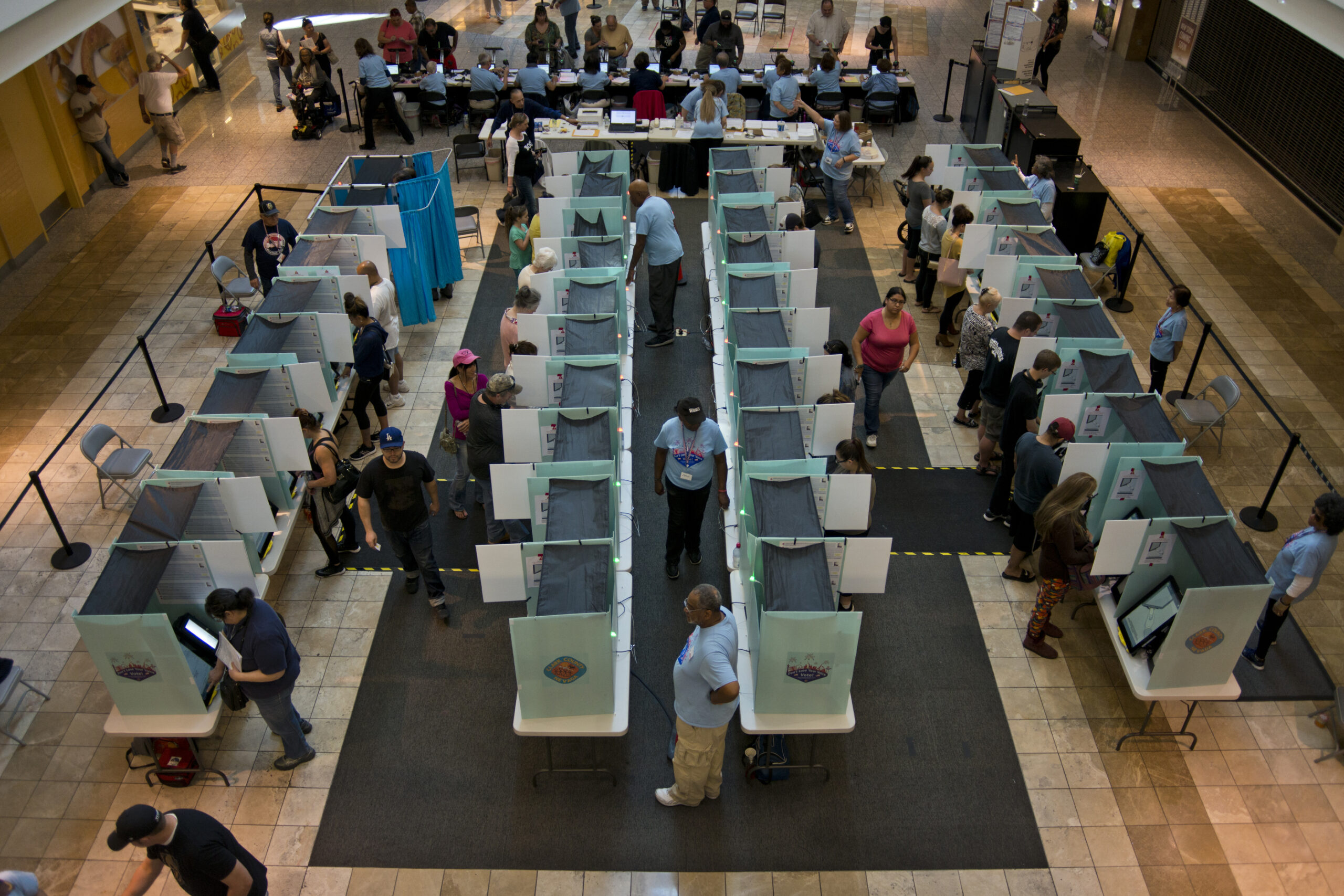 Nevada could become the latest state to combat partisan gerrymandering through creation of a bipartisan, independent redistricting commission under a proposed constitutional amendment backed by the League of Women Voters.

The proposed amendment, which was delivered to the secretary of state on Monday and is backed by the League of Women Voters of Nevada, the Brennan Center for Justice and RepresentUs (a national anti-corruption nonprofit), aims to strip the Legislature’s power to draw congressional and legislative boundaries based on the decennial federal census.

Sonda Cosgrove, president of the League of Women Voters of Nevada, said in an interview that the proposed amendment was part of a nationwide strategy by the national League as a way to get around the U.S. Supreme Court’s decision earlier this year to close the door on federal challenges to partisan gerrymandering — the practice of drawing districts with an overwhelming voter registration advantage to minimize competitive elections.

In an interview, Cosgrove said that she and her organization believed that moving the power to redistrict to a bipartisan board and out of the hands of the Legislature — a powerful tool that influences political balance for a decade — would create a more stable system, avoid potential future litigation over gerrymandering and give more people a reason to cast a ballot.

“You can make it as easy as possible to register, to vote and to cast a ballot, (but) if people think that their vote doesn't matter, they're not even going to try,” she said in an interview.

If approved, the ballot initiative would create a seven-member “Independent Redistricting Commission,” with four members appointed by legislative leaders of both parties in the Assembly and Senate, and the remaining three members — who must not be members of a major political party for at least four years beforehand — chosen by the first four appointed members.

Membership on the commission is designed to avoid individuals with political or partisan histories, with disqualifying factors including past employment or time as the following:

Approval of the maps is required to come no later than July of 2023, and in future census cycles no more than 180 days after the release of census data.

Terms of the commissioners would expire once the body finishes its “obligations for a census cycle,” but not before any judicial review of the proposed new district maps. The proposed constitutional amendment also requires all meetings of the redistricting commission be open to the public and holds that all “Commission materials” are considered public records.

But under Nevada law, approving a constitutional amendment is a five-year process requiring approval in two subsequent elections — a problem given that the next census will occur in 2020 and new maps will be drawn and approved by the Legislature in 2021.

Cosgrove acknowledged that even if the measure were to make it on to the ballot and pass, the state would have to go through at least one election cycle with legislatively drawn maps before moving to the new system in 2023. But she said she would prefer for the new system to be as “final as possible” without the possibility of legislative leaders watering down or changing a voter-driven statutory petition.

“For me, if we're going to do it, then we're taking it away from both the political parties, and if they want to try and go back to partisan gerrymandering, then they need to go back through this whole five-year process to amend the constitution again,” she said.

Cosgrove said that her organization was given seed money by the national League of Women Voters, and said she planned to start recruiting partner organizations to help with signature gathering.

The path forward for a constitutional initiative petition requires the gathering of signatures from at least 10 percent of voters who cast a ballot in the last preceding election, including in all four of the state’s congressional districts. Based on voter turnout in the 2018 election, a total of 97,598 signatures must be gathered (a minimum of 24,400 from each congressional district) in order for the initiative to become qualified.

Statutory petitions (and official signature gathering) can be filed on or after Sept. 1, and the last day to submit signatures is June 16, 2020.

Language in the proposed amendment lays out guidelines for a redistricting plan, with tenets including population size, reflecting the boundaries of existing cities and municipalities and minimizing the “division of communities of interest,” which is defined as areas with common “racial, ethnic, economic, social, cultural, geographic, or historic identities.”

It would also instruct the commission to not draw any districts that “unduly advantage or disadvantage a political party,” and requires them to ensure that districts “are not drawn with the intent or result of denying or abridging the equal opportunity of racial or language minorities to participate in the political process or elect representatives of their choice.” The amendment also instructs the commission to consider the number of politically competitive districts once all the above requirements are met.

Notably, any final plan by the redistricting commission must be approved with five affirmative votes, including from at least three commissioners with different political affiliations.

According to the National Conference of State Legislatures, around 21 states have established a non-partisan or bipartisan redistricting commission, though only eight are given the primary responsibility of drawing new congressional districts (others are advisory or are backups if state lawmakers cannot agree on new district boundaries.

Another wrinkle affecting the 2021 redistricting is a bill approved by lawmakers in the 2019 Legislature (AB450) that counts the home address of state prison inmates for redistricting purposes.

The 2021 redistricting process is likely to be far less acrimonious than the state’s last go-around with redrawing congressional and legislative maps. The 2011 state Legislature, controlled by Democrats, passed two versions of new district maps that were vetoed by then-Gov. Brian Sandoval, a Republican.

With no new maps in place by the time the Legislature concluded, the redistricting process then fell to the courts, who appointed a three-member committee to draw new map boundaries, which were ultimately approved by the court in October 2011.

Although the new district maps were praised at the time, a 2017 Associated Press study found that the Assembly districts were drawn to give more of a boost to Democrats than any other lower chamber of a state legislature in the country. Outside of the 2015 legislative session, Democrats have controlled both houses of the Legislature for the entire decade. Nevada’s last redistricting-related ballot question came in 1970, where voters approved on a 73,755 to 38,219 vote a constitutional amendment removing language that required the state senate to be composed of a representative from each county in the state.