Indy Explains: What the weighted funding formula means to schools 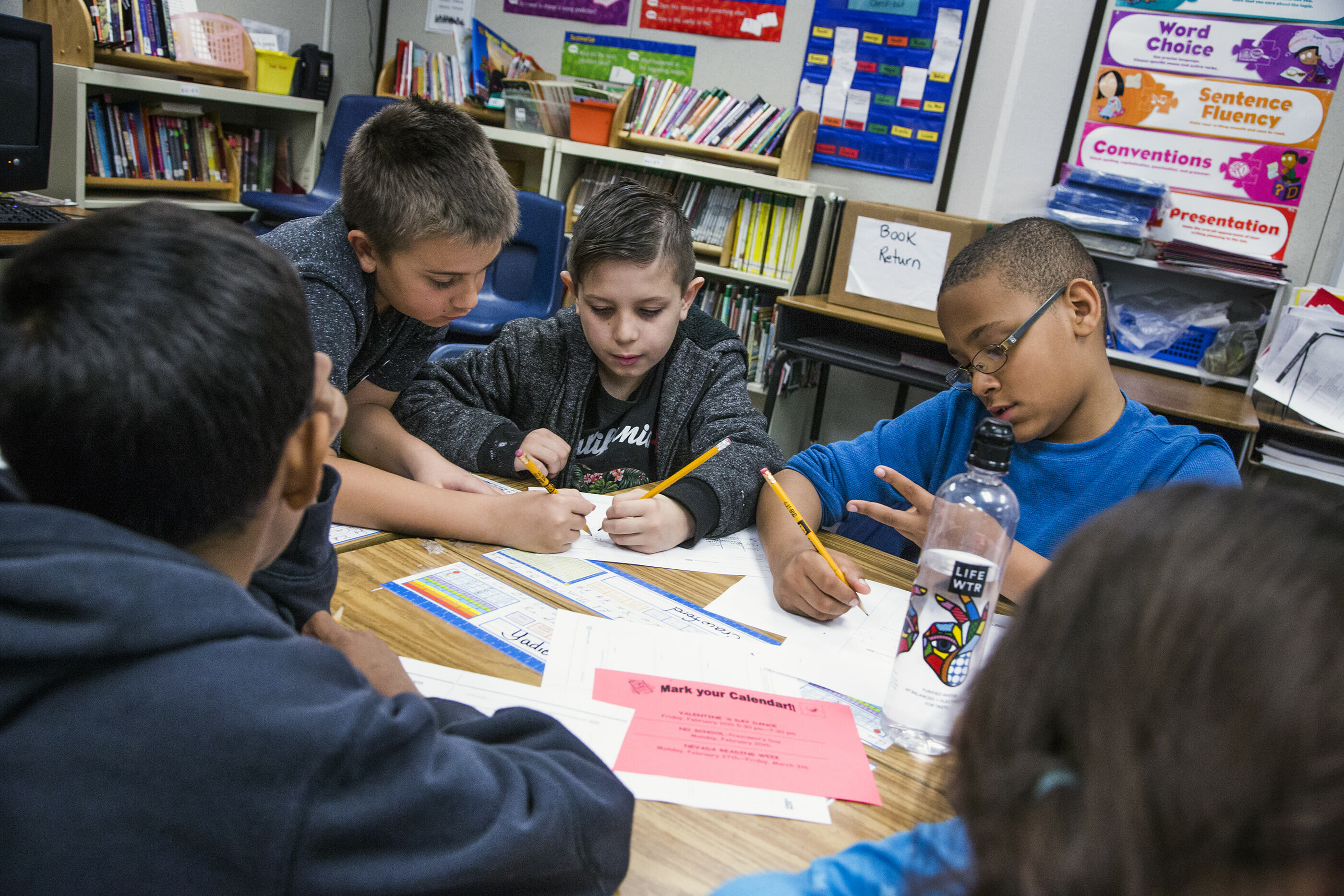 That’s the mantra sung by advocates of a so-called weighted funding formula, which would funnel more per-pupil dollars to students with extra needs. The concept aims to create equity, grant schools the resources needed to teach every child and, in the process, boost student learning. The catch: Like any new initiative, it takes money. And lots of it.

Expect to hear the term more in the weeks and months to come as education groups urge Nevada lawmakers to assess public schools’ needs and then fund the weights. But it’s not the only education issue garnering attention — and sometimes controversy — this legislative session. Republicans want funding for the voucher-style Education Savings Account program, and some have even said they won’t vote for a budget that doesn’t include that money.

“Any discussion about ‘school choice’ this Legislative Session has to start and end with adopting a Weighted Funding Formula so that there is finally adequate funding following all students in the classroom regardless of building or zip code,” John Vellardita wrote on the teacher union’s blog.

As the tug of war over education dollars plays out in Carson City, here’s everything you should know about the weighted funding formula:

What’s the background of the weighted funding formula?

School funding debates exist across the country as education needs often far exceed the public money doled out by state governments. Nevada, which consistently ranks at or near the bottom of education rankings, is no exception. Senate Bill 500, introduced and passed in the 2013 legislative session, sought to change that by creating the “Task Force on K-12 Public Education Funding.”

The task force’s mission, according to the bill language, was to “recommend a plan for funding schools based upon a weighted formula that takes into account the individual education needs and demographic characteristics of pupils.”

In January 2015, the task force released its report and recommended a series of weights: 2.0 for special education students, 1.5 for students coming from low-income households and 1.5 for students still learning the English language. The task force did not determine a weight recommendation for gifted and talented students.

What does a weight actually mean?

What’s the status of the weights?

With the exception of special education, weights have not been implemented in Nevada.

Legislation passed during the 2015 session called for a weighted funding formula to be fully implemented by the 2021-2022 fiscal year. It also required the state to calculate funding for each special education student based on the legislative appropriation for the 2016-2017 fiscal year.

Why does education funding vary by county? It’s a trend that goes back decades that has to do with unequal growth among the state’s counties and vastly different resources, said Greg Bortolin, a spokesman for the Nevada Department of Education.

Does the special education weight cover all the costs?

No, weighted funding does not cover all costs associated with educating special education children. Costs can range from roughly $3,600 for speech therapy to six-figure sums to provide services for students with severe disabilities, said Michelle Booth, a spokeswoman for the Clark County School District. The school district pulled more than $300 million from its general fund to subsidize special education costs this year, she said.

What’s being done now to help other groups of students with extra needs?

Gov. Brian Sandoval has rolled out two programs specifically to help students from low-income families and students who are learning English.

The so-called “Zoom Schools” receive additional funding to support English language learners with various services, such as reading tutoring, pre-kindergarten and full-day kindergarten with smaller class sizes. Buildings with the largest numbers of students learning English have been designated as Zoom Schools. Lawmakers put $100 million toward the program in the current biennium, and Sandoval’s proposed budget calls for another $142 million in the next biennium to expand the program into middle and high schools.

“Victory Schools” operate under a similar premise — adding various programs and services to boost the academic performances of students coming from low-income families. Victory Schools received $50 million from the state during this biennium. Sandoval has requested increasing that amount to $80 million for the next biennium to add more schools

Critics argue that Zoom and Victory schools aren’t the best solution because they’re only benefiting students who happen to attend those schools. A weighted funding formula, they say, would ensure that every English language learner or low-income student receives the necessary supports, regardless of what school they attend.

But state Superintendent Steve Canavero said it would be “a bit premature to jump all the way to a weight” without knowing what type of services work and how much they cost. The Zoom and Victory schools are an investment toward a uniform weight and provide that necessary information, he said.

What’s the cost of implementing a weighted funding formula?

It would cost roughly $1.2 billion to fully implement the weighted funding formula statewide based on the weights recommended by the task force. Of that total, the Clark County School District would need $600 million, education officials told a legislative committee earlier this month.

The state-mandated reorganization of the Clark County School District calls for a weighted funding formula to be used to determine individual schools’ budgets. Without additional funding, district officials realized that adopting weights would lead to wide disparities in the funding each school receives. About 170 schools would lose money and, of those, 70 schools would face budget reductions of more than $500,000 — the cost of three or four teacher positions, officials said.

The problem: Stripping those schools of their funding would trigger program cuts and jeopardize student learning. So while some lower-performing schools might see academic gains based on funding boosts, other schools would slide backward.

If the pot of money doesn’t increase, the weights would simply be “shifting it around,” said Eva White, the school district’s interim chief financial officer.

Teams at each Clark County school are in the midst of crafting budgets for the next academic year, but those budgets do not include weighted funds for students learning English, students coming from low-income families and gifted and talented students.