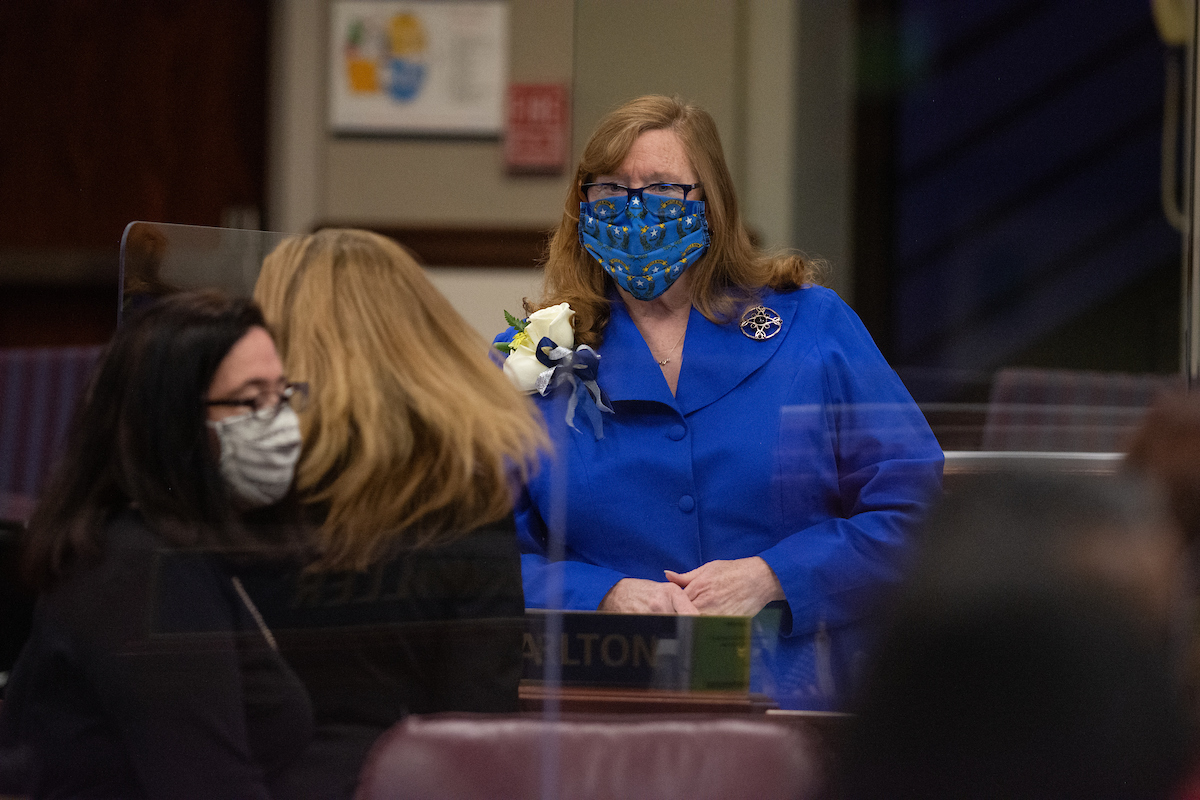 Nevada lawmakers are planning to fast track a major overhaul of the state’s K-12 funding formula, ramping up beyond Gov. Steve Sisolak’s initial proposal to more gradually phase in the long-anticipated change.

During a joint budget subcommittee meeting on Thursday, Assembly Ways and Means Chair Maggie Carlton said that lawmakers, after several months of digging into details of the plan, were ready to pull the trigger on updating the state’s 50-year-old K-12 funding formula starting in the upcoming fiscal year (July 2021).

Carlton said that many of the details and cost questions related to moving ahead with the new “Pupil-Centered Funding Formula” would be fleshed out through the remaining back half of the 120-day legislative session, but that lawmakers needed to make a decision now to pivot and move forward with the new funding formula for the upcoming budget cycle given the short timeframe of the legislative session.

In 2019, state lawmakers approved a bill (SB543) that overhauled the old funding model by creating the Pupil-Centered Funding Plan, which sweeps more than 80 different funding streams into one giant education funding pot, in theory offering more transparency. It also ushers in a weighted distribution method that lets money flow to students based on their needs.

Sisolak’s proposed budget from January initially called for a “phased-in” approach to the new funding formula recommendations, with the first phase being implemented between 2021 and 2023 modifying the distribution of state revenue, and the full implementation happening between 2023 and 2025 with changes in distribution to state and local revenue.

Budget officials at the time said the plan would hold school districts harmless and not see any district receive less funding until the new funding formula is fully implemented.

On Wednesday, members of a joint budget subcommittee met to broadly discuss next steps as to implementation of the new funding formula — not making any final decisions, but discussing what the move would mean in terms of the budget closing process.

“There are so many decision points that take us down the left side of the road, or the right side, and then that takes us to another decision point, and those all build upon each other,” Carlton said. “So until we work our way through the whole process, and make each one of those decision points going forward, the model will not be able to be built to where we can take a look at it and see where we actually are.”

Much of the discussion Wednesday circled around “hold-harmless” provisions for school districts, or ensuring that districts don’t see any massive overnight revenue loss from implementation of the new funding formula.

Though no final decisions were made, lawmakers said that school districts would be guaranteed at least their base level of funding from the previous school year, and would only switch to the new funding formula plan if they received more funding under that plan.

Some lawmakers, including Sen. Ben Kieckhefer (R-Reno), said they were still concerned about that plan because certain school districts could see enrollment growth in the upcoming school year, but still be stuck at the same base level of funding for a larger number of students.

Legislative Counsel Bureau staff also previewed another potential education funding shift that could soon be discussed in budget committees. The two funding sources — unredeemed or expired gift cards and boat registration fees — were overlooked in 2019 when lawmakers passed SB543 and brought in the roughly 80 different funding sources into the single pot of money as envisioned under the Pupil-Centered Funding Plan.

The funding sources are not likely to make a huge difference in overall education funding — the unclaimed gift cards bring in about $147,000 per year, and the boat registration fees (which currently go direct to school districts) raise about $729,000 per year.