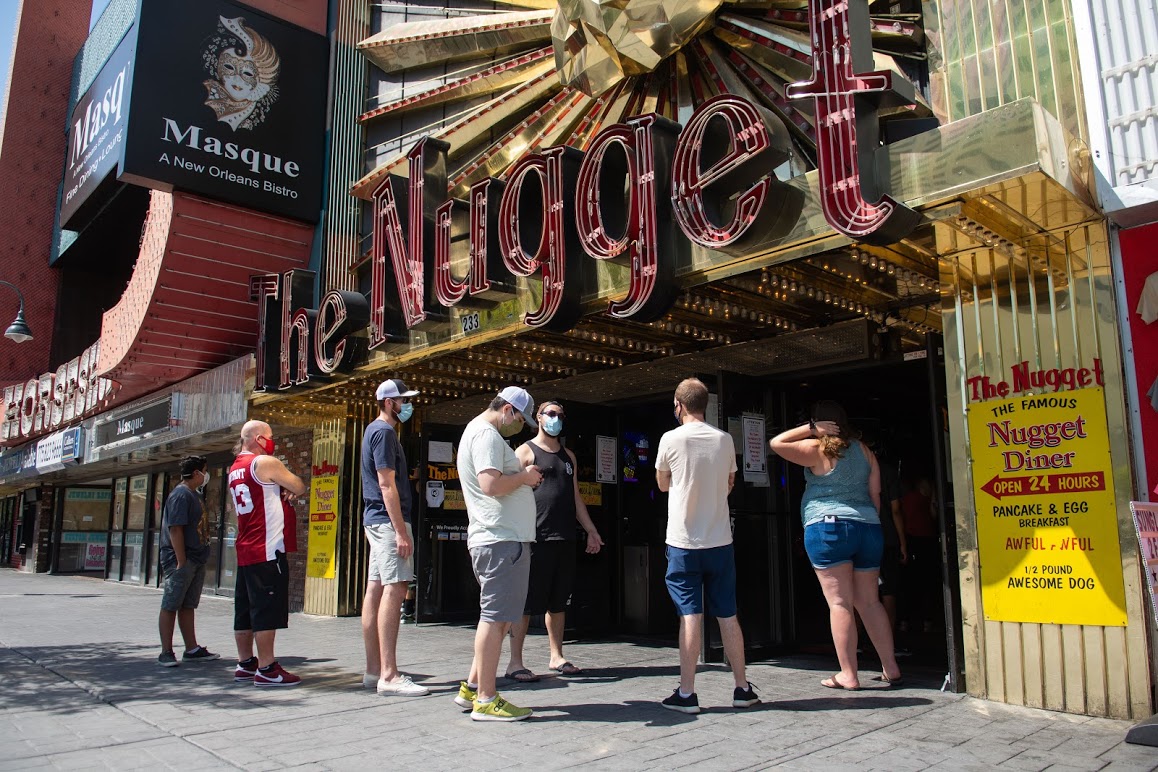 Small businesses struggling to pay rent during the ongoing COVID-19 pandemic may soon have a lifeline: a new state-run, federally funded commercial rent assistance grant program that will pay up to $10,000 to help prevent evictions.

During a Wednesday meeting of the Interim Finance Committee, state lawmakers agreed to set aside $20 million in federal CARES Act dollars to help fund a new commercial rental assistance program, aimed at small businesses that have seen revenue shrink significantly throughout the pandemic.

State Treasurer Zach Conine, who presented details of the plan to lawmakers on Wednesday and whose office will administer it along with the Governor’s Office of Economic Development, said that the gradual lifting of the state’s eviction moratorium meant that Nevada needs to take proactive steps to avoid a “commercial eviction wave throughout the state.”

“We know that the further we get outside of the eviction moratoriums, the closer we are to our small businesses facing eviction through no fault of their own,” he said. “To preserve these businesses and the Nevadans that they employ, we must move quickly.”

The state will allocate $20 million to the program, with $1 million of that set aside to contract with a third-party vendor, nonprofit National Development Council. Conine said that the group has administered similar commercial rent assistance programs in other states, and would take on many front-line responsibilities for Nevada’s program including answering calls, reviewing applications and verifying eligibility, as well as audit and reporting requirements associated with using federal dollars.

Conine said that his office and other state agencies would assist and have final say in some of the eligibility decisions, but that the fastest and easiest way to ramp up the system would be to contract with an experienced outside entity.

“We wanted to make sure that when a rush of applications comes in, that we are able to scale up quickly and meet that demand and then immediately scale down after the funds were out,” he said.

Lawmakers earlier this month approved a similar program funded by CARES Act dollars that allocated $50 million to residential tenants behind on rent. More than 3,000 tenants submitted applications for the program during its first week.

The commercial rent assistance program still needs to be approved by the Board of Examiners — composed of the governor and other statewide elected officials — at its August meeting before taking effect.

But here’s how Conine said the commercial rent assistance program will work:

Businesses have to meet a certain number of criteria before they can apply for the program, including having no more than 50 full-time employees; demonstrating at least 30 percent loss in gross monthly revenue caused by the pandemic; being based in Nevada; operating since at least September 2019; and not having received any other gift or grant funds from local or federal sources to help with missed rent payments. Applicants are also not eligible if they have any outstanding federal, state or local tax liens.

A single applicant can receive up to $10,000 per location (for up to three locations) through the program, with a sliding scale that results in smaller amounts depending on what percentage of revenue the business reported losing. The grants would be paid directly to commercial landlords, which must agree to suspend evictions against the business for 90 days after the payment is made.

Funding will be prioritized to what the state calls “Disadvantaged Business Enterprises,” which is a category defined in state law and covers businesses that are majority-owned by either a woman, minority or veteran.

Conine said he expected about a one-week application period, with the review and processing of payments taking about 14 days after a business submits an initial application. Still, several lawmakers raised concerns about punishing businesses that may have received needed aid from other programs, or inadvertently allowing large businesses or franchises to receive the funds meant for small businesses.

Conine said that the relative small size of the grant would naturally gate off large businesses, but said his office and state agencies would remain flexible on eligibility criteria for the program.

Although the funds were approved with only a handful of no votes, several Republican lawmakers took umbrage with how the proposed program would exclude several categories of businesses. These include:

Conine said that outside of maybe cannabis businesses, there were no federal limitations or requirements that the state not allow those types of businesses to access the commercial rent assistance program. He said the list of exempted businesses was developed by an internal working group and was aimed at businesses that could show the “biggest amount of need and the easiest way to prove it.”

Republican Assemblyman Jim Wheeler said it wasn’t fair to exclude any type of business that pays taxes to the state, noting that businesses such as liquor stores were likely hurting after they were required to close during the state’s two-month non essential business shutdown.

“We're not going to give them help, and it just seems arbitrary to me,” he said.