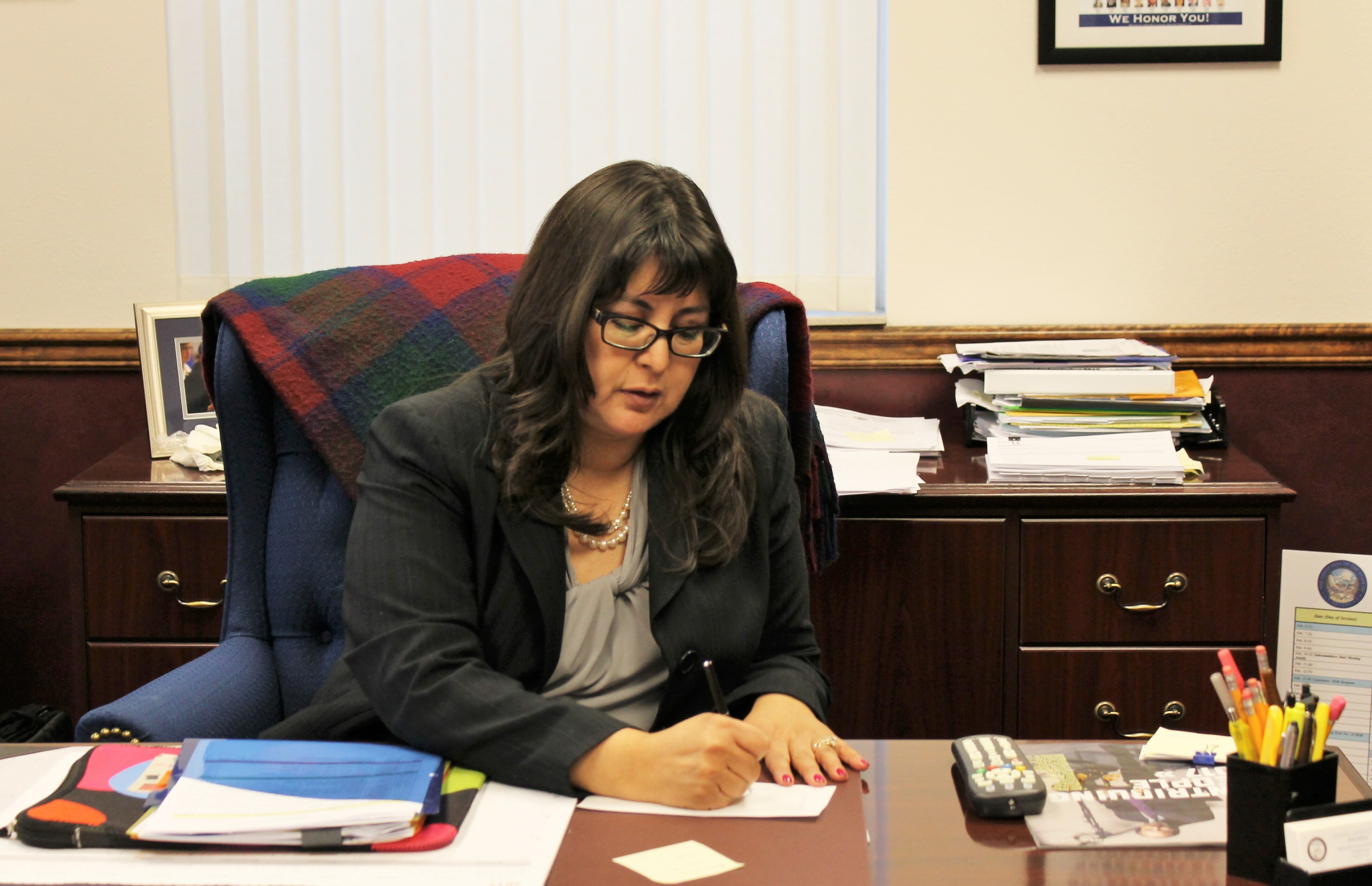 This weekend is the big move for eCig Distributors, which is fleeing Irvine for Las Vegas just a few months after California voters approved a heavy tax on vaping products.

CEO Bill Wilson said some of his dozens of employees are already apartment hunting in Henderson and he plans to start worldwide shipments of e-cigarette products from its new facility near McCarran International Airport on Monday. But he worries his company made the wrong move now that Nevada, too, is considering an e-cigarette tax.

“If we had found out about this in December or January, we would’ve been moving to Texas,” Wilson said Tuesday after testifying before Nevada lawmakers.

AB269, sponsored by Democratic Assemblywoman Irene Bustamante Adams, would impose a tax of 5 cents per fluid milliliter of liquid nicotine solution purchased by a customer in Nevada. Vaping products, which vary in strength and flavor, often come in 30 ml bottles that sell for about $20.

Nevada stands to gain about $1 million a year in tax revenue if it imposes the levy on vaping products, according to a fiscal analysis by the Legislative Counsel Bureau.

Proponents including the Retail Association of Nevada contend that e-cigarettes are close enough to the real thing that they should be taxed in the same category. At least four other states have authorized taxes on vaping products, according to the National Conference of State Legislatures: California, Pennsylvania, Kansas and North Carolina.

A similar tax came up for discussion last session, but lawmakers who were vocally skeptical about the proposal ended up doing just the opposite -- explicitly excluding vaping supplies from an “other tobacco products” category that’s subject to taxation.

They got hung up on the fact that some liquid nicotine is from tobacco and some is synthetic, so it couldn’t all be classified as a tobacco product in the law.

And as in last session’s go-around, there was plenty of discussion Tuesday on the health implications of vaping and its use as a smoking cessation tool. E-cigarettes are seen as safer than their traditional counterparts because they include nicotine but not tar and other known carcinogens found in cigarettes.

Bill opponents point to a 2016 study from the Royal College of Physicians in Britain that found e-cigarette use causes only about 5 percent of the health harm of traditional cigarettes.

“When you’re presented with a harm reduction technology such as an e-cigarette, why would you want to go after that technology?” said Natasha Supancheck, owner of Nevada Vapor, which has three locations in Reno. “To me it’s akin to going after other harm-reduction technologies like seat belts, lifesaving medicines. When you tax those kinds of things, it’s sending a clear message that these projects are wrong or a vice.”

Bustamante Adams said her bill, which was up for discussion in the Assembly Taxation Committee, isn’t about setting public health policy. A forthcoming bill backed by an interim health committee will take up issues including package labels and the Nevada Clean Indoor Air Act.

“This is not a health bill,” she said. “This is about a tax conversation and whether this should be included or not.”

Proponents added that the state could make even more money by attracting vaping businesses, like Wilson’s, that say they’re doomed under the California tax that passed in November. While the details of the California law’s application are still in the works and proponents couldn’t say how the tax rate in the Nevada bill compares to it, California is  expected to impose a liquid nicotine tax of around 68 percent.

“The most compelling argument made by the opposition is a burgeoning industry that’s taking hold in Nevada. I would say that in that regard, that we should embrace this industry and allow it to flourish,” said William Horne, a former Assembly majority leader and lobbyist for the Nevada Vaping Association. “I believe that economic impact is going to be far greater than $1 million.”

Representatives from the association estimated last session that the industry supports 1,000 to 2,000 jobs in Nevada.

Bustamante Adams says she was willing to compromise on the bill and had already done so by excluding vapor products from the 30 percent wholesale tax applied to other tobacco products such as cigars. But she said tax policy changes often draw testimony from businesses who say they can’t survive under the new structure; she pointed to the Legislature’s long-debated recent overhaul of Nevada’s live entertainment tax.

“Golf courses didn’t want to be included. Outdoor concerts threatened to leave Nevada. And we’re still doing well,” she said. “If not now, then when?”