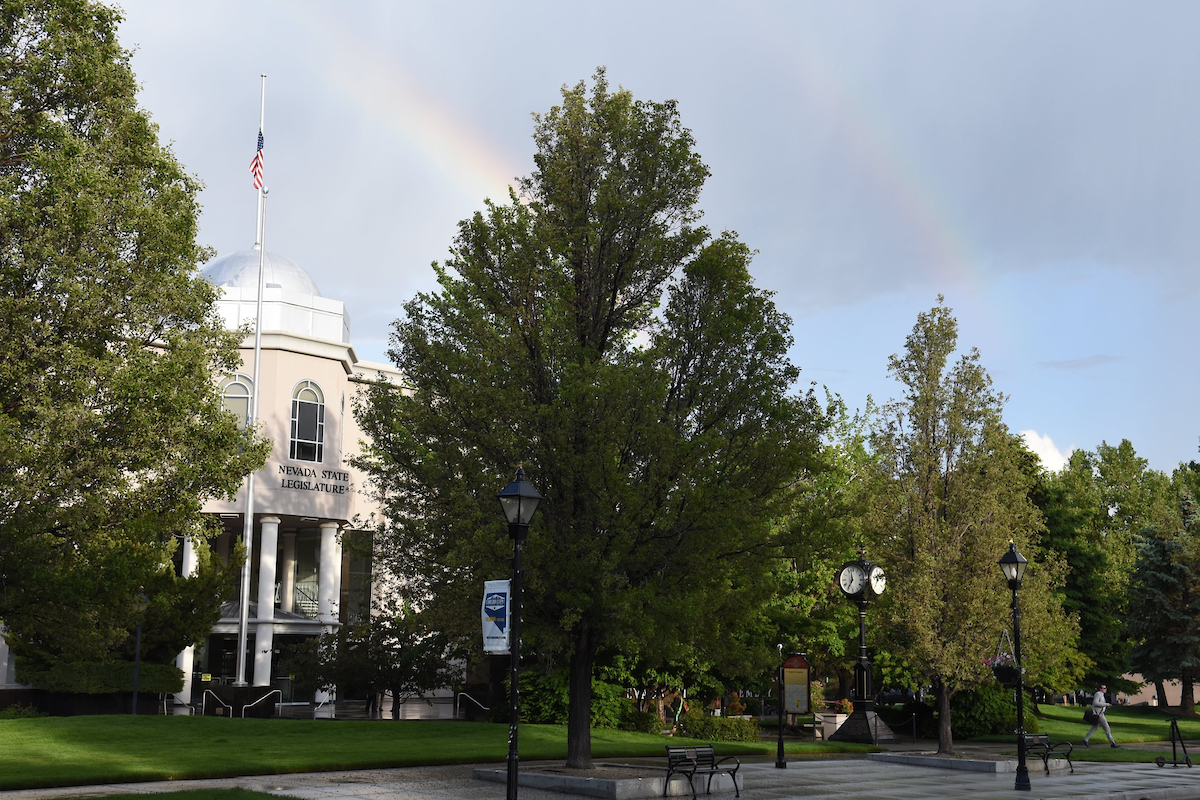 Several Nevada parents whose children attend private schools with help from state-sanctioned Opportunity Scholarships are suing over a new law that freezes the growth of the program.

The lawsuit, filed on Thursday in Clark County District Court, names the state, Superintendent Jhone Ebert, the Nevada Department of Taxation and state tax commissioners as defendants. It takes issue with AB458, a bill passed earlier this year on party lines that ends the annual growth of the program that was created in 2015 under Republican leadership.

“The quality of school available to a child shouldn’t be based on their zip code or their parents’ income,” said Tim Keller, a senior attorney with the Institute for Justice, a libertarian public interest law firm based in Arlington, Virginia that is assisting with the suit. “Nevada, like 29 states and the District of Columbia, gives low-income parents genuine school choice. That choice should be expanded, not taken away.”

Opportunity Scholarships receive funding when businesses donate to approved scholarship organizations, which then offer awards to individual students that can be worth more than $8,000 a year depending on financial need. Businesses that donate to the fund receive a credit on their tax liability.

As enacted in 2015, the amount of tax credits authorized each year grows by 10 percent. But AB458 caps the size of the program at existing levels, largely preventing new enrollees or accommodating inflation in tuition.

“It just makes little sense to me from a fiscal responsibility standpoint to artificially build in 10 percent growth each year for something that would be out of control in a short amount of time,” Democratic Assembly Speaker Jason Frierson testified in April, adding that the “escalator” in the original bill was “simply unsustainable.”

The complaint says the bill will prevent $2 million of funding that would otherwise flow to the program. It argues that because tax credits are eliminated, money to the general fund increases and thus the bill needs support of a two-thirds supermajority as specified by a constitutional provision.

Plaintiffs include Flor Morency, an immigrant from El Salvador and Las Vegas mother of twin scholarship recipients who will be attending public school this year if she is unable to secure scholarships for them to continue in Catholic school. In public school, her son suffered from bullying and subsequent stress that caused his grades to drop, the complaint says.

Plaintiff Bonnie Ybarra of Las Vegas has five children who previously received full scholarships but expects to receive only partial awards because of the law. And plaintiff Keysha Newell of North Las Vegas has two children, including one with a learning disability who received the award and has been succeeding in a Montessori school, and a younger sibling who she wants to be considered for the scholarship in the future.

Also suing are a scholarship organization that facilitates the program and two businesses that want to donate to support the awards.

The bill is not the only legislation facing a legal challenge on the basis of the state’s two-thirds law. A suit filed earlier this summer alleges a bill extending an existing rate for the Modified Business Tax and applying the projected $98 million in revenue to teacher raises and Opportunity Scholarships is unconstitutional because it was one vote shy of a two-thirds majority when it passed the Senate