Major pharmaceutical bill clears the Assembly on a party-line vote, heads to the governor's desk 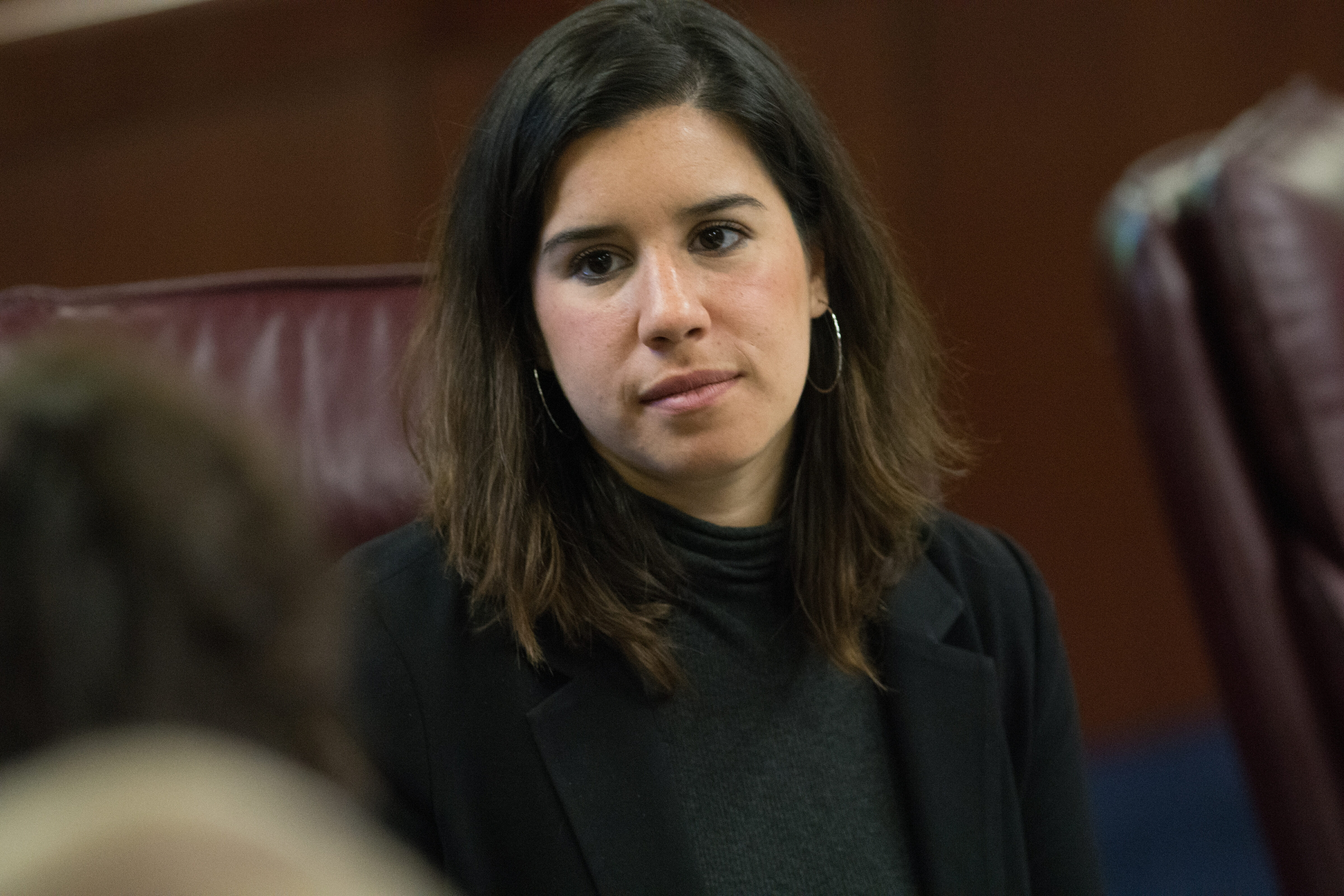 A major pharmaceutical transparency bill is headed to Gov. Brian Sandoval’s desk after being quickly ushered through its final two votes Thursday afternoon.

The bill, which would require manufacturers of diabetes drugs to disclose certain information about costs and profits of their medications, passed the Assembly 26-14 Thursday afternoon, with all Republicans opposing the bill. The Assembly Health and Human Services Committee voted the bill out in a previously unscheduled “behind the bar” meeting in the Assembly chambers roughly 30 minutes before the floor session.

The legislation, sponsored by Democratic Sen. Yvanna Cancela, aims to lower the cost of certain essential diabetes drugs, such as insulin, by requiring companies that manufacture them report the costs of producing and marketing the drug along with any rebates that they provide for the drugs. SB265 also requires pharmaceutical sales representatives to annually report details of their interactions with doctors, including who they visited and what samples or gifts they gave.

During the brief committee meeting, Republican Assemblyman Chris Edwards noted that he was still in the process of getting more information about the bill and had meetings scheduled for later in the afternoon and asked if the vote on the bill could be delayed. Democratic Assemblyman Mike Sprinkle, who chairs the committee, denied his request.

Republican Assemblywoman Robin Titus said during the meeting that she thought the bill would “do totally the opposite” of what it was intending to do.

Two Republican assemblymen, Jim Wheeler and James Oscarson, spoke against the bill on the floor, saying that there were problems with the bill that had not yet been addressed.

“This does absolutely nothing to reduce the costs of this medication to those people,” Oscarson said.

Other provisions of the bill would require manufacturers notify the state ahead of any planned price increases and mandate health care related nonprofits to disclose contributions they receive from pharmaceutical companies or the trade associations that represent them.

Cancela, who came into the Assembly chambers just as the floor vote was happening, said it was a “tremendous moment for Nevada.”

“I think this stands to be landmark legislation in drug transparency and I’m hopeful the governor signs it,” Cancela said.

The governor was noncommittal on Wednesday morning about whether he was comfortable with Cancela’s bill in its current form but noted the amount of time his office dedicated to the bill.

“We’ve been working, spending a lot of time on that. As you know, it’s a work in progress,” Sandoval said. “(My chief of staff) Mike Willden has really worked hard with her on that bill. So obviously that’s something we’re following very closely and we have been working with the sponsor of the bill.”

The bill was first heard by the Assembly Health and Human Services Committee late Wednesday afternoon. Pharmaceutical industry representatives argued at the hearing that the bill unfairly blames them for the rising costs of prescription drugs without taking a look at the scope of businesses involved in setting drug prices and could pose antitrust, trade secret and confidentiality concerns.

A separate bill that would impose transparency mandates on the middlemen in the drug pricing process known as pharmacy benefit managers, sponsored by Republican Sen. Michael Roberson, will be heard in Senate Health and Human Services on Friday.