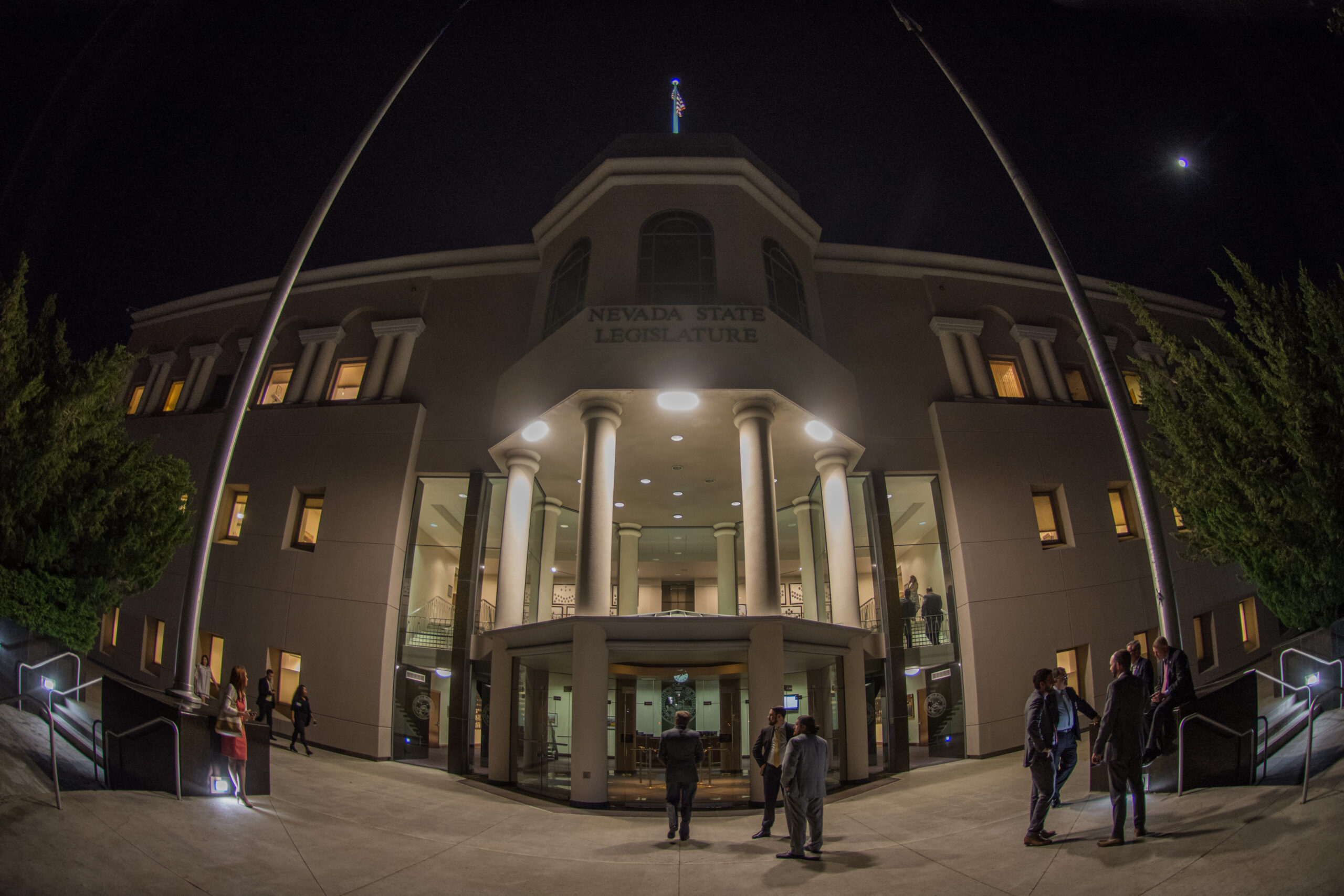 Empty casinos and shrinking hotel occupancy rates caused by fears of the spreading novel coronavirus will have ripple effects beyond mass layoffs and plummeting stock prices — the pandemic also threatens to kneecap state tax revenue and threaten funding levels for education, health care and a host of other government services.

Speculation is already growing as to how the coronavirus, which has caused decreased visitation to Nevada — forcing the closure of major casino resorts and the planned temporary closure of all non-essential businesses in Reno —  will dramatically alter the state’s economy and leave taxable revenues below the level anticipated by lawmakers during the 2019 budget cycle.

But unlike past economic doomsdays, Nevada leaders have a little more wiggle room in the event of a fiscal emergency — the state’s long-neglected Rainy Day Fund is relatively robust for the first time in more than a decade, with $401 million currently socked away in the state’s budgetary reserve account. Taking money from the account either requires tax revenues to fall below projections or for state leaders to declare a “fiscal emergency.”

Maggie Carlton, a longtime Democratic lawmaker and chair of the Interim Finance Committee, said that lawmakers were watching the coronavirus situation play out, but that dramatic action — such as declaring a special legislative session or tapping into the Rainy Day Fund — wasn’t yet needed, especially as tax revenues have overperformed projections.

“The Rainy Day Fund should be your go-to at the last minute. It’s not something that you take lightly,” she said. “Before you access those dollars, you have to be sure that you’ve worked all other contingency plans out first.”

Although the governor or a two-thirds majority of the Legislature have the ability to call a special session, it doesn’t appear that one is on the immediate horizon. Democratic legislative leaders Assembly Speaker Jason Frierson and Senate Majority Leader Nicole Cannizzaro said in a statement Monday that they have “no plans to go into a special session at this time,” but added they were keeping all options open.

“In situations involving emergency preparedness, it is critical to carefully and continually evaluate all options on the table should the need arise to pursue those options,” they said in a joint statement.

Carlton said she would be concerned about further risking public health by bringing in lawmakers, lobbyists and other interested parties from around the state into relatively cramped quarters in Carson City.

“I don’t believe a special session is needed right now, and the worst thing we could do is put a whole bunch of people in a building like our Legislature and expect them to stay healthy,” she said.

Lawmakers would likely need to know the full scope of any economic damage before taking dollars out of the reserve fund. A helpful, if somewhat dated, benchmark in a 2015 Mercatus Center study estimated that Nevada would need $430 million in existing general fund dollars and the Rainy Day Fund to make it through an “average” recession without cutting spending or raising taxes. A severe recession (90th percentile of all possible economic contractions) would require $1.13 billion in available funds — much more than what the state has on hand.

Former lawmaker and Las Vegas City Councilman Bob Coffin, who served on the Interim Finance Council and Finance Committee while in office, said that Gov. Steve Sisolak, who has vocalized his concern about the state’s economy amid the outbreak, needs to start preparing for a special session and possible changes to the tax system as soon as possible.

“He’s going to see the bank account drain,” he said. “We can’t let it get down to zero.”

At the moment, the Interim Finance Committee — which approves spending for state agencies during the interim period between legislative sessions — has about $26.8 million in an unrestricted, general budgetary fund account, which is normally used for unexpected shortfalls or other short-term emergencies as they arise. The committee also has about $54 million in restricted funds, which are earmarked to specific projects approved during the legislative system but allocated at a later time and date, rather than at the start of a fiscal year.

Lawmakers can also access the Disaster Relief Account, a broad-based budgetary category with $12.79 million in funds that can be used for any purpose or distributed to agencies or local governments as part of relief for disasters and emergencies.

But tapping into the Rainy Day Fund — officially called the “Account to Stabilize The Operation of State Government” — takes a few additional steps.

State law requires the regular transfer of dollars into the Rainy Day Fund — 40 percent of the “unrestricted balance” in the general fund at the end of a fiscal year, minus 7 percent of all appropriations made out of the fund. It also requires a regular transfer of 1 percent of “total anticipated revenue” projected by the Economic Forum for a fiscal year, a change first adopted in 2017 under former Gov. Brian Sandoval.

That decision, plus last-minute financial maneuverings in the 2017 Legislature to move some tax dollars from retail marijuana sales to the reserve fund, helped improve the financial solvency of the Rainy Day Fund, which sat perilously empty for five of the eight preceding fiscal years.

Taking dollars out of the fund requires one of two triggers — either actual tax revenue falls 5 percent or more below the amount anticipated by the Economic Forum, or if the governor and Legislature jointly “declare that a financial emergency exists.”

Once that happens, the Board of Examiners — composed of the governor, attorney general and secretary of state — recommends a transfer amount to the Interim Finance Committee, which can modify, approve or disapprove the requested transfer as desired. Once approved, the dollars go into the state’s general fund and can be “allocated directly by the Legislature to be used for any other purpose.”

Although the state’s Interim Finance Committee isn’t scheduled to meet until next month, committee Chair Carlton said she and the Legislative Counsel Bureau were already taking precautionary steps to safely prepare for the meeting. It will likely be held in Carson City, and lawmakers will follow social distancing rules by bringing up groups of state workers in groups depending on agenda topic, as opposed to packing everyone into one committee room.

Still, she acknowledged that the situation remains extremely fluid.

“We are in totally uncharted territory,” she said. “We are going to work very closely together to assess Nevada’s needs and try to address them as quickly as possible, with the landscape changing minute by minute.”

On Sunday, Sisolak announced immediate closure of all K-12 schools in the state, as well as the closure of all state offices to the public as soon as possible while directing essential services such as unemployment or the DMV to be transitioned to either online or over-the-phone. He also instituted a hiring freeze and encouraged state agencies to “limit spending to essential, emergency purchases.”

“We must protect the health and safety of the public and our state workforce while ensuring that the important work of our state government does not grind to a halt,” he said on Sunday.

Two additional memorandums sent by the governor’s finance office on Monday implemented the hiring freeze with limited exceptions (upon approval from the governor’s office) and prohibited all travel out-of-state or internationally for state workers, while limiting in-state state travel to “mission-critical” travel.