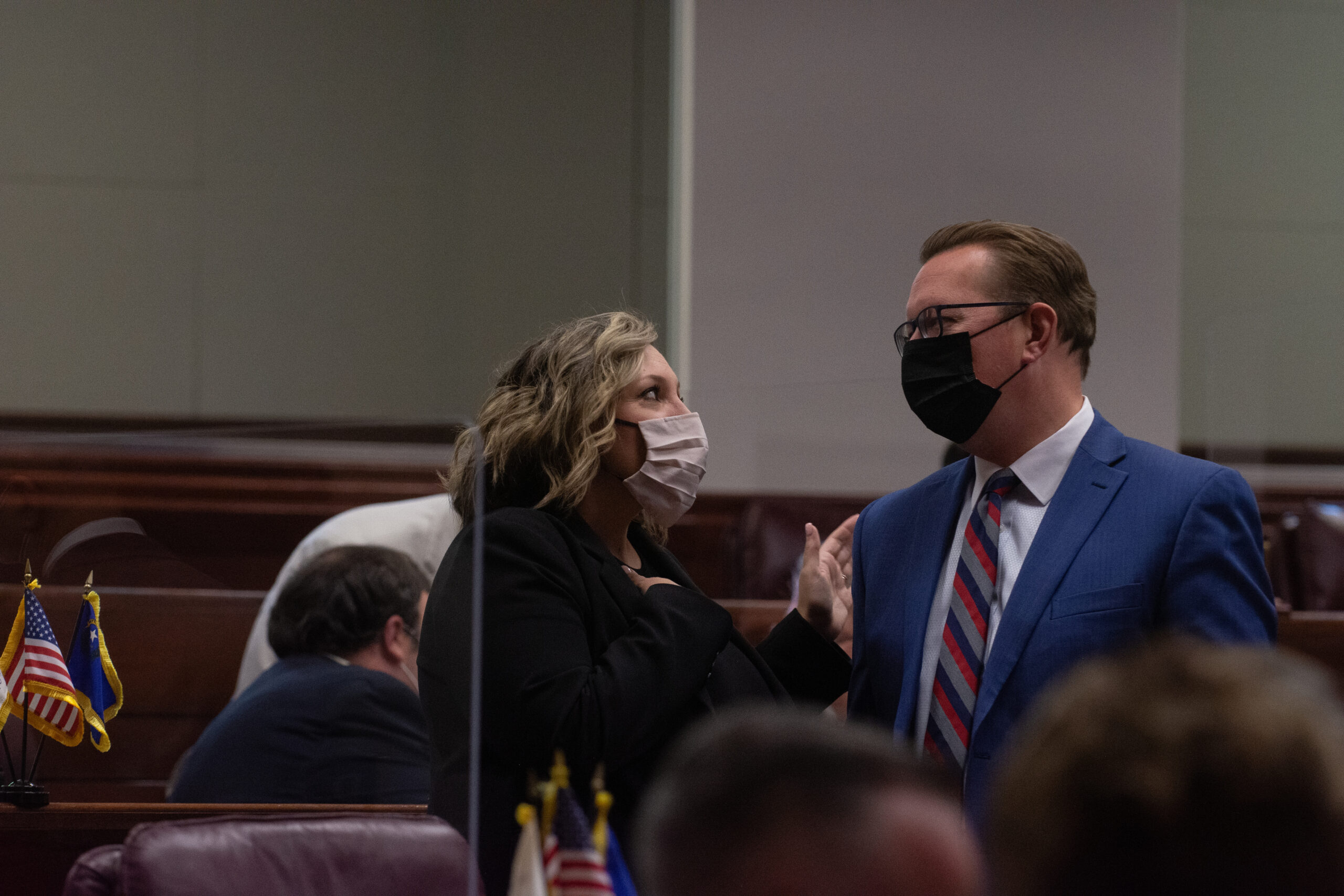 Sen. Nicole Cannizzaro (D-Las Vegas) presented a new amendment to her public option bill on Wednesday that proposes scaling back a secondary portion of the legislation aimed at expanding Medicaid services in Nevada.

While Cannizzaro’s proposal to establish a state-managed public health insurance option has garnered significant attention, a lesser-noticed portion of the bill, SB420, proposes expanding certain Medicaid services in the state, including increasing eligibility of up to 200 percent of the federal poverty level for coverage for pregnant women, adding coverage for doulas (trained professionals who often assist in childbirth) and community health workers and requiring payment parity between advanced nurse practitioners and physicians.

The new amendment, however, will allow Medicaid to make those changes in services only if the money is available to do so — in effect, making the changes optional.

Medicaid administrator Suzanne Bierman said her division had not yet had time to analyze the fiscal impact of a prior amendment to the bill proposed earlier this month — which, among other things, kicks back the start date of the public option plan by a year, to 2026 — or the new amendment presented Wednesday. However, she said the previous amendment will likely reduce costs on the public option side of the agency’s fiscal note, and the latest amendment will “drastically reduce” costs on the Medicaid portion.

She noted the community health worker and doula coverage requirements will actually result in a savings to the division and that the “as funding allows” language would allow Medicaid to eliminate the fiscal notes for the other service expansions, since it will not be required to implement them.

Bierman said if Medicaid did, in the future, end up having the funding to put in place the expansion of those additional services, it would seek permission from the Legislature’s Interim Finance Committee before filing a so-called state plan amendment with the federal government to formally add those services.

The Silver State Health Insurance Exchange has also submitted a fiscal note on the bill, to the tune of $500,000 in the upcoming biennium and about $9.9 million in future biennia. Jennifer Krupp, chief financial officer for the exchange, said the two amendments may increase the fiscal impact to the exchange in some ways, while pushing out the implementation dates may change the timeline over which the exchange would incur those expenses.

A third fiscal note from the Division of Welfare and Supportive Services is expected to have a general fund impact of about $168,000, after the previous amendment.

Beyond the fiscal changes, the new amendment also makes more explicit that the state is required to enter into a contract for an actuarial study before it moves forward with implementing the public option bill.

“We heard some concerns from providers, hospitals, from the business industry that an actuarial analysis should be required,” Cannizzaro said. “It is required for certain waivers, but we wanted to make that language very expressly clear so we did agree to an amendment in that regard to ensure that there's an actuarial analysis that takes place, if this bill were to pass, before we would go to procurement to ensure that what we are dealing with in terms of the legislation and what we're trying to solve for really does fit the problem.”