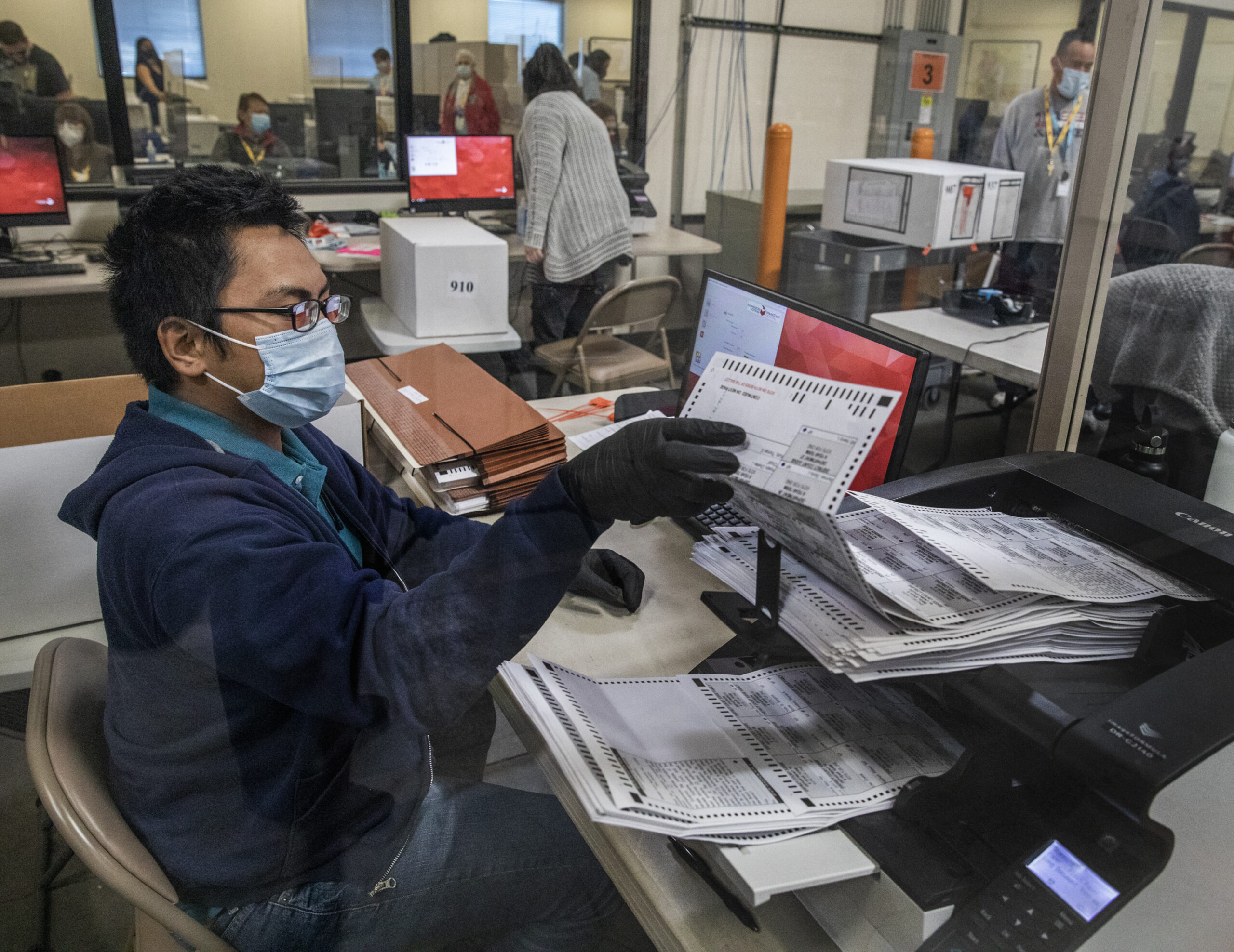 If two proposed ballot measures gather enough signatures, Nevadans may get the chance to mandate that voters show identification at the polls, and to repeal portions of a law that requires mail ballots be sent to all active registered voters unless they opt out.

David Gibbs, a former president of the Nevada Republican Club and chairman of the Clark County Republican Central Committee who ran unsuccessfully as a Republican to represent Nevada’s 4th Congressional District in 2018, is spearheading the “Repair the Vote” PAC that is behind the ballot measures. Both were submitted to the secretary of state’s office on Friday.

“That's the whole purpose behind this — improve that faith and confidence that people have that the votes that were cast were all legitimate, all legal, cast by the people who said they were the voter,” he said in an interview on Monday.

In order for either to make it on the ballot, backers need to collect signatures of 10 percent of voters who cast a ballot in the 2020 election. That's 140,777 valid signatures, with at least 35,200 from each of the state’s four congressional districts, by a June 29 deadline.

Gibbs said his PAC has a little money in the bank for projects such as launching a website, but plans to do more fundraising. His goal is to spread the word among county-level Republican Party organizations.

The initiative petition seeking voter ID would require voters to show a photo identification card — such as a driver’s license, passport or student ID — before receiving a ballot when voting in person. People 70 and over could show an expired ID as long as it is otherwise valid; others would have to show an ID that is current or not more than four years expired.

It would also require that those voting with mail-in ballots provide the last four digits of their driver’s license number or Social Security number. If the voter has neither, they could provide a number assigned to them by a clerk when registering to vote. As it stands, voters who receive a mail ballot only have to sign it with a signature that matches the one on file, and are not required to provide other documentation.

Voter ID proposals are regularly floated at the Legislature, but have failed to pass even in Republican-led sessions such as 2015. Democrats who control both houses declined to hear voter ID bills in the 2021 session, saying they throw up too many barriers for marginalized groups.

“Voter ID laws are, quite frankly, in every way in which you can look at this issue ... a way to disenfranchise poor, minority, and elderly populations, who have less ability to obtain state-issued licenses,” Senate Majority Leader Nicole Cannizzaro (D-Las Vegas) told The Nevada Independent last year. “We're not going to do that now. We're not going to disenfranchise voters under the guise of election security.”

But Gibbs argues that public opinion is more favorable to the concept than the Legislature’s actions suggest. As a proposed constitutional amendment, the measure would not only need to garner enough signatures to make it to the ballot, but would need to clear a statewide vote in two consecutive election cycles to become law.

The other proposed measure asks voters if they would like to repeal portions of AB321, a bill passed in 2021 that makes permanent a system of widespread mail balloting first enacted in Nevada during the early stages of the pandemic. The referendum filed by Gibbs focuses only on the portions that direct clerks to send mail ballots to all active registered voters unless they opt out, and that allow other people to turn in a ballot on behalf of a voter if the voter allows — a practice known as “ballot collection” or “ballot harvesting.”

Referendums only need to pass a statewide vote once to take effect. But if a referendum qualifies for the ballot and fails, the challenged language can no longer be modified by state lawmakers and can only be further modified through a direct vote of the people.

Gibbs, who served in the military and cast an absentee ballot during that time, said the process was easy and pushed back against arguments that his measures will make it harder for people to participate in elections.

“There's nothing here at all that makes it more difficult to vote. There's nothing in here that suppresses the vote. This is only a case of just saying look, we want to make sure that everybody who does vote is the person who is casting the ballot,” he said.