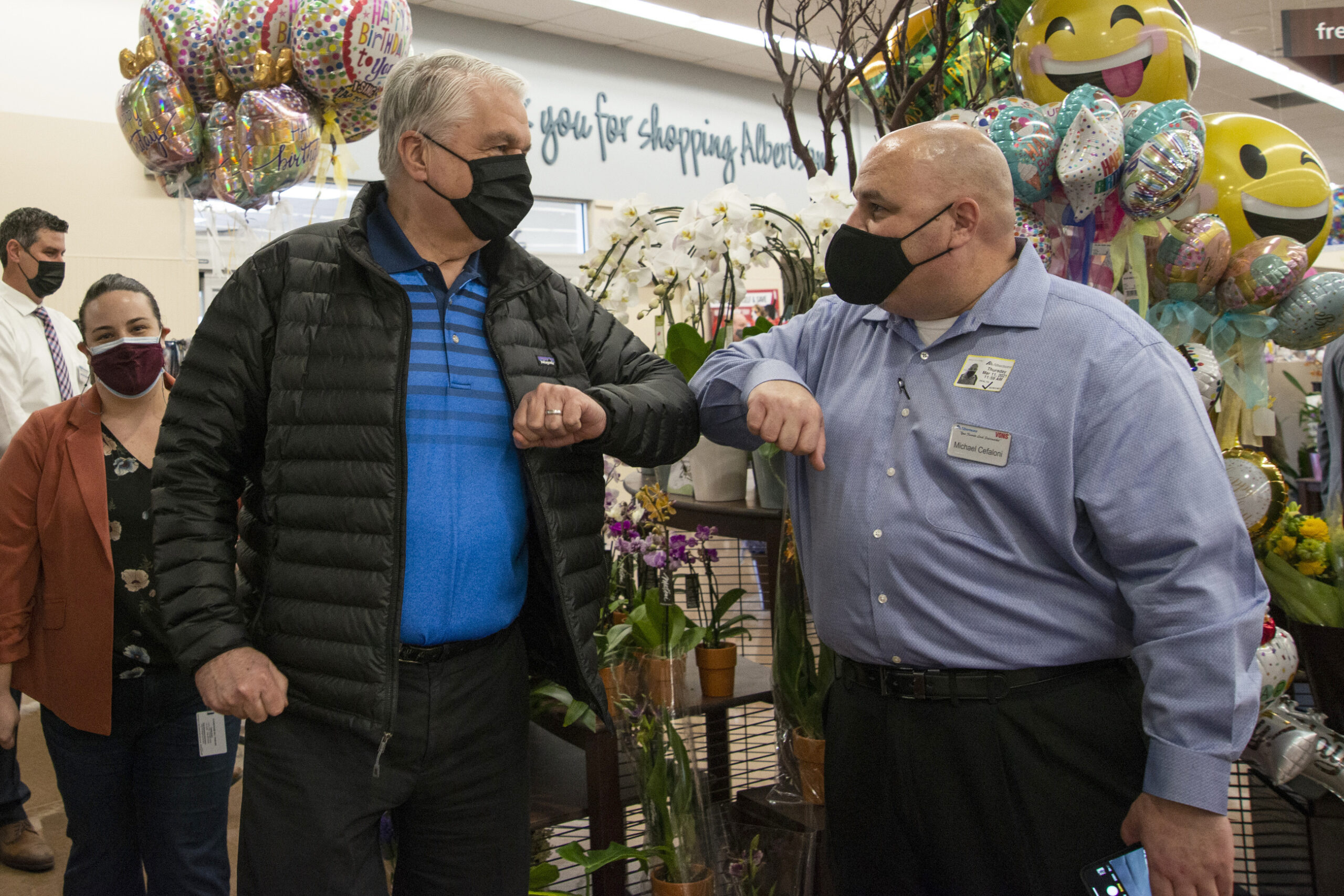 In 2017, the Legislature voted to create the state infrastructure bank, but lawmakers have never allocated funds to get the bank off of the ground. Gov. Steve Sisolak is looking to change that.

On Monday, the Democratic governor traveled from his office to the Legislature to give in-person testimony about his plans to re-energize the bank, which was created with bipartisan support and would give the state the ability to offer loans and financing for infrastructure projects.

“Launching the state's infrastructure bank will play a major role in helping to immediately create pathways for good paying jobs in Nevada, while helping to build projects for communities who need it,” Sisolak said during a committee hearing. “We know that our state needs better roads, better schools, more affordable housing and more sustainable forms of energy.”

The hearing focused on SB430, the governor’s proposal to restructure the bank. The proposal expands eligibility for financing to projects that seek to tackle several pressing issues, including renewable energy, access to health care, affordable housing, food insecurity and water. It would also add a representative from the Governor’s Office of Energy to the bank’s board.

But SB430 is meant to complement Sisolak’s $75 million budget proposal to fund the bank. That appropriation, Treasurer Zach Conine said at the hearing, would be enough seed funding to get the long-sought infrastructure bank going. Yet the bank will need more funding in the future.

The initial $75 million in funding would come through a general obligation bond through the Treasury. But Sen. Keith Pickard (R-Henderson) said he was “alarmed at the small number,” noting that other states have faltered in establishing infrastructure banks because they were undercapitalized. Conine acknowledged that the $75 million is only a starting point for the bank.

He said federal recovery and infrastructure funding could be layered onto the seed money, and there might be opportunities for private investment once the bank was operational. He said there are “billions of dollars in capital” from pension funds and investors seeking a high return without making a riskier bet on the stock market.

“We think, based on all of our conversations and talking to these funds, that there's an opportunity for that money to come to Nevada,” he said. “This is the tool that helps us get it.”

Lawmakers on the Senate Growth and Infrastructure Committee also wanted to ensure that the bank was filling gaps in the current system and reaching out to communities that could most benefit from the financing. Sen. Pat Spearman (D-North Las Vegas) stressed the importance of reaching out to underserved communities, especially as it related to entrepreneurship in the new energy economy.

During the hearing, Conine said “the focus of the infrastructure bank is on helping underserved and unserved communities.” That mission, he suggested, could be incorporated into the bank’s rubric for identifying projects. Lawmakers voted SB430 out of committee on Wednesday.