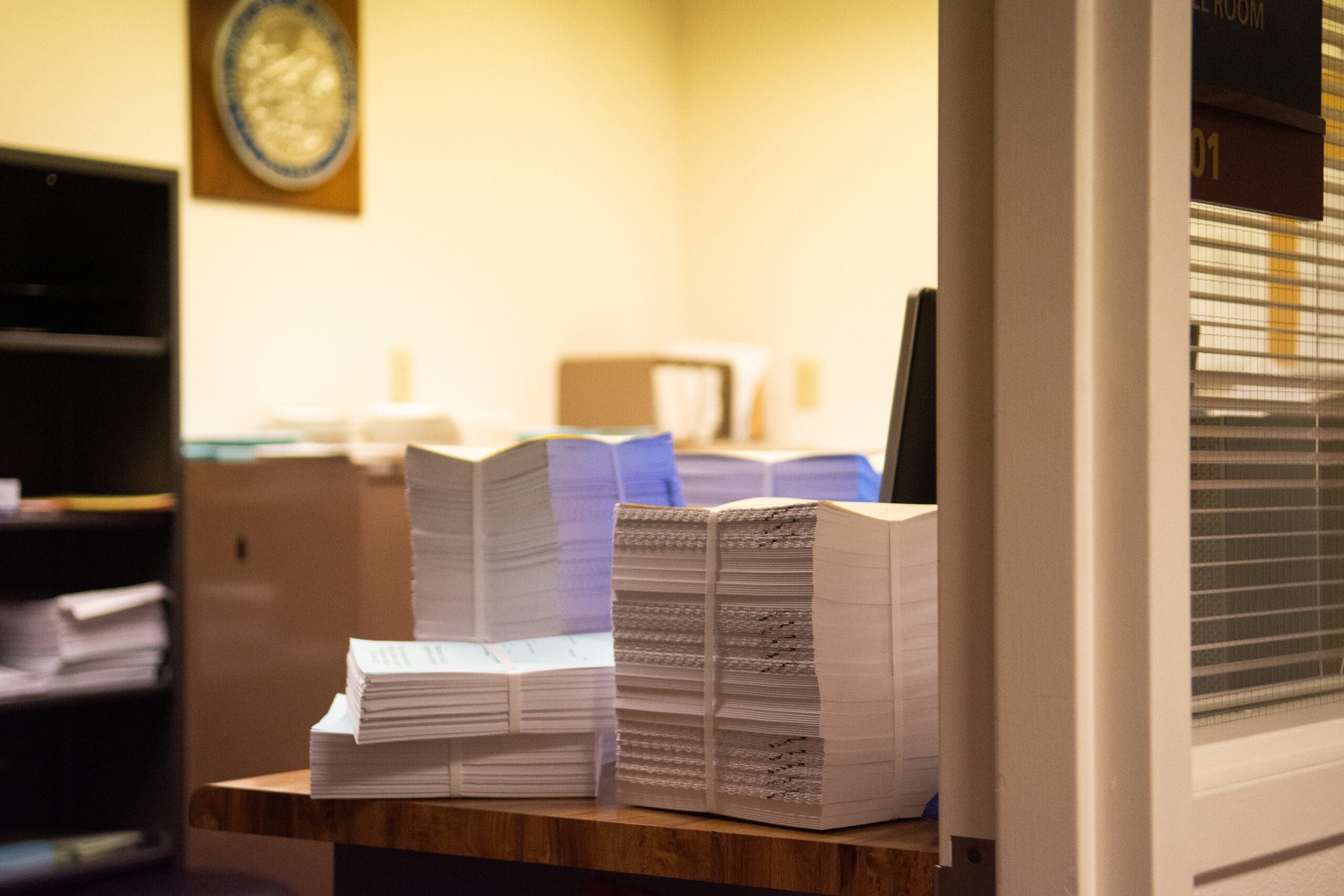 Measures sealing eviction records during the COVID-19 pandemic, authorizing curbside cannabis pickups and reorganizing the Patient Protection Commission have all been signed into law by Gov. Steve Sisolak.

Sisolak’s office announced late Thursday that the governor had signed a total of 70 bills in a press release, bringing the governor’s total of signed bills from the 2021 session up to 107 as of Friday. Once bills are approved by both houses of the Legislature and sent to the governor’s office, the state’s chief executive has five days during sessions and 10 days after they adjourn to either sign the bill, veto the measure or allow the clock to expire, which causes a law to automatically take effect.

Here’s a look at some of the bills signed by Sisolak on Thursday:

Sponsored by Assemblyman Howard Watts (D-Las Vegas), the measure requires courts to automatically seal records for people evicted during the pandemic. Originally, the bill also proposed requiring landlords to give certain long-term tenants two or three months of advance notice before “no cause” eviction -- those stemming not from a breach of contract but for any reason the landlord wanted. But that provision was removed.

Sponsored by Assemblywoman Maggie Carlton (D-Las Vegas), the bill provides for a reorganization of the Patient Protection Commission, changing it from a primarily industry-focused body to one centered around patient advocates and those who work in the nonprofit health care space. It also requires that the commission adopt bylaws to govern its operation.

The measure additionally designates the Patient Protection Commission as the state agency responsible for administering and coordinating the Peterson-Milbank Program for Sustainable Health Care Costs, which is aimed at reducing per-capita spending on health care and analyzing and addressing the underlying drivers of growth in the cost of health care.

Sponsored by Sen. Roberta Lange (D-Las Vegas), this bill authorizes and allows recreational marijuana dispensaries to engage in curbside pickup — in effect legalizing a practice first allowed last year when the state was still in a coronavirus-related stay-at-home order.

The measure authorizes the state Cannabis Compliance Board to adopt regulations related to curbside regulation, while allowing local governments to adopt ordinances beyond whatever rules are adopted by the compliance board. It also modifies several existing portions of law related to the packaging and labeling of marijuana products.

AB187: Designates the month of September as “Ovarian and Prostate Cancer Prevention and Awareness Month” in Nevada.

This bill, which requires the governor to issue a proclamation every September encouraging the observance of Ovarian and Prostate Cancer Prevention and Awareness Month, was sponsored by Assembly Speaker Jason Frierson — who earlier this session underwent treatment for prostate cancer.

The bill passed unanimously out of both the Senate and Assembly.

Sponsored on behalf of the attorney general’s office, AB59 raises the legal age to purchase cigarettes or other tobacco products to 21 years of age, up from the past minimum of 18 years of age. It aligns the state with federal law — former President Donald Trump signed a law in December 2019 raising the minimum age on tobacco sales up to 21 years of age.

This measure requires that at least 80 percent of teachers working at a charter school hold a license or endorsement to teach in Nevada, including 100 percent of teachers providing instruction in a “core academic subject, English as a second language or special education.” Non-licensed instructors have to meet certain requirements, but instructors without a license are allowed to continue teaching until July 1, 2026 before they have to obtain a teaching license.

Sponsored by Assembly Speaker Jason Frierson (D-Las Vegas), the measure increases the membership of the Peace Officers’ Standards and Training Commission from 9 to 11 members and requires the Majority Leader of the Senate and Speaker of the Assembly to each appoint one member who is not a peace officer and has demonstrated expertise in: implicit and explicit bias, cultural competency, mental health as it relates to policing  or working with vulnerable populations. The bill also requires the governor and Assembly and Senate leaders to consider racial, gender and ethnic diversity when making appointments.

The bill, sponsored by Assemblywoman Daniele Monroe-Moreno, requires the Peace Officers’ Standards and Training Commission to adopt regulations establishing standards for an annual behavioral wellness visit designed to preserve the emotional and mental health of law enforcement officers. The visit would also assess conditions that may affect performance of duties.

The measure requires the Peace Officers’ Standards and Training Commission to adopt regulations addressing bias in the recruitment and selection of law enforcement officers. Under the bill, the commission would have to include evaluations to identify implicit bias on the part of an officer on the basis of race, color, religion, national origin, physical or mental disability, sexual identity or gender identity or expression.

A measure aimed at reversing many of the public land policies and laws of the state hostile to federal control of public lands, AB378 repeals and changes many provisions in state law originally sponsored by supporters of the ‘Sagebrush Rebellion,” the movement in the 70s seeking more local control of federal public lands.

The bill passed on a party-line 26-16 vote in the Assembly and on a narrow 11-10 vote in the Senate, with Sen. Dina Neal (D-Las Vegas) joining Republicans in opposition.

Under current law, every business entity in the state whose gross revenue during a fiscal year exceeds $4 million pays an annual Commerce Tax. But, there are exemptions for businesses that take part in an exhibition held in the state for conducting business and are not required to obtain a state business license for the exhibition because the exhibition facilitator pays the licensing on behalf of that business.

The bill expands the exemptions from the Commerce Tax to apply to anyone who takes part in an exhibition, trade show, industry or corporate meeting held in the state, regardless of whether the person is required to obtain a state business license. It also clarifies that an organizer, manager or sponsor of such an event or an exhibitor may claim the exemption.

The bill, sponsored by the Senate Committee on Government Affairs, allows employees of the attorney general to request that personal information be kept in a confidential manner. For example, under the legislation employees can request the DMV to display an alternate address on his or her identification card.

SB46 passed unanimously out of the Senate and then on a 33-8 vote out of the Assembly.

Sponsored by Sen. Pete Goicoechea (R-Eureka), SB114 generally authorizes certain food establishments to sell hemp or CBD-infused food products. The bill passed unanimously out of the Assembly and on a 20-1 vote in the Senate.

The bill, sponsored on behalf of the interim Legislative Committee on Health Care, requires the state’s Department of Health and Human Services to create and maintain a database of demographic and practice information on health-care providers and make the data available to professional licensing boards upon request. It also requires the state health agency to establish a Health Care Workforce Working Group to analyze information in the database and study ways to attract healthcare providers to the state.

Corrected on Friday, May 28, 2021, at 3:40 p.m. to reflect that AB348 reorganizes the Patient Protection Commission but does not establish an all payer claims database.