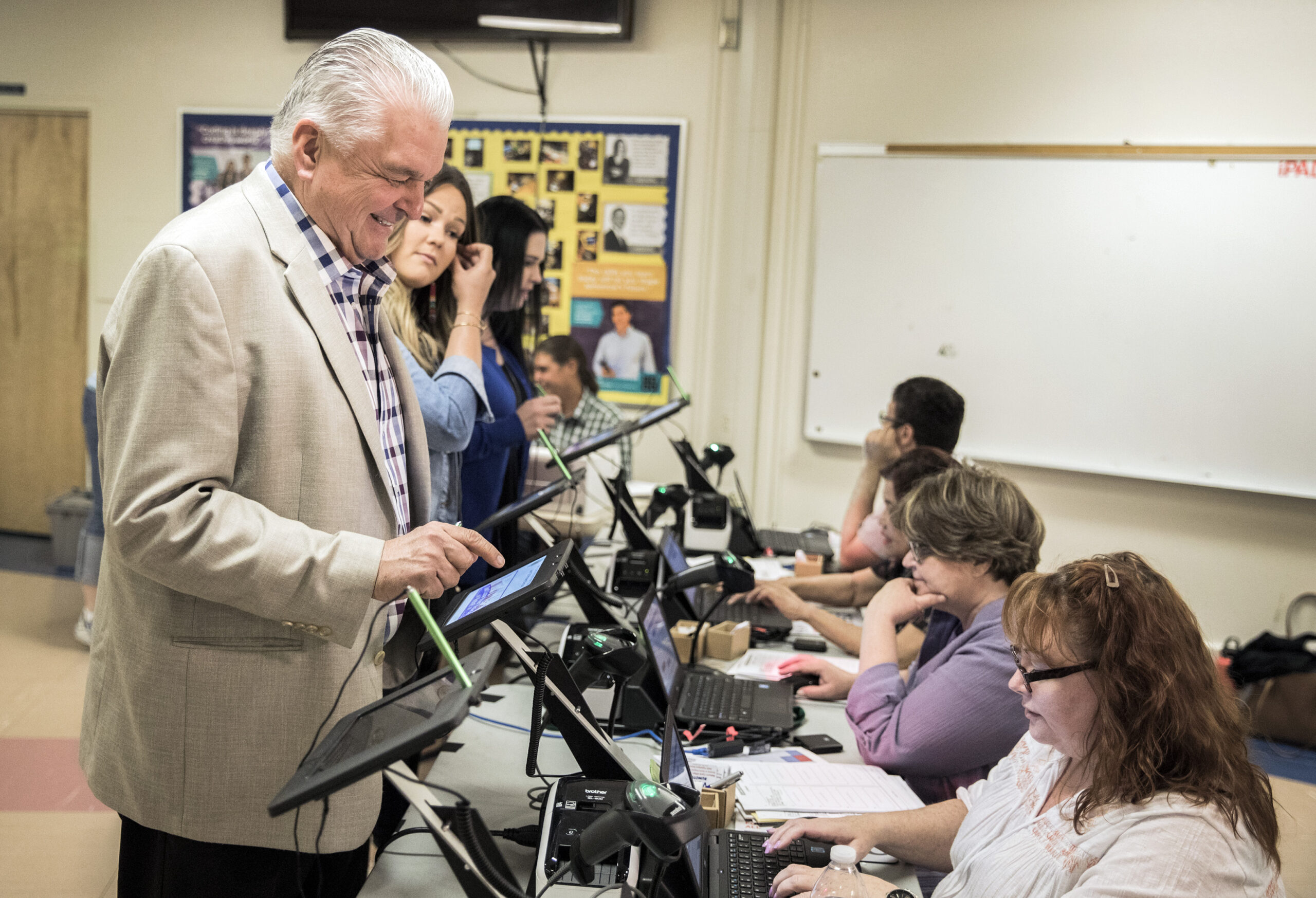 Gov. Steve Sisolak has issued his first veto out of the 2019 legislative session, rejecting a proposal that would have pledged Nevada’s six electoral votes to the winner of the popular vote for the presidency.

AB186, sponsored by the late Democratic Assemblyman Tyrone Thompson, proved a divisive one in the Legislature that elicited some of the closest votes in the session. Proponents argued that it would ensure every vote counted equally, while opponents said they feared it would diminish the relevance of Nevada and other small states.

“Once effective, the National Popular Vote Interstate Compact could diminish the role of smaller states like Nevada in national electoral contests and force Nevada’s electors to side with whoever wins the nationwide popular vote, rather than the candidate Nevadans choose,” Sisolak said in a statement. “I recognize that many of my fellow Nevadans may disagree on this point and I appreciate the legislature’s thoughtful consideration of this important issue. As Nevada’s governor, I am obligated to make such decisions according to my own conscience. In cases like this, where Nevada’s interests could diverge from the interests of large states, I will always stand up for Nevada.”

The veto adds another mark to the long list of failed attempts to get Nevada to pledge its six electoral votes to the national popular vote winner, after attempts in the 2017 and 2009 legislative sessions fell short of making it to the governor’s desk.

The Assembly had approved the bill 23-17, and the vote was not along party lines.

“I’m not ready to cede that power to anyone, or to a state that’s bigger than us.”

Her Democratic colleague, Assemblyman Alexander Assefa, fell on the other side of the issue.

“The idea that our votes can be nullified and not count toward the election of the president is an erosion and disregard to the sacrifices made for our right to vote,” he said.

Democratic Sen. Yvanna Cancela also argued in favor of the proposal before the Senate voted 12-8 to advance it.

“This will not change the fact that we will continue to have competitive Senate races, competitive gubernatorial races, all sorts of other races that continue to elevate Nevada’s prominence in the national electoral work,” she said.

Sisolak had so far been coy about where he stood on the issue, telling The Nevada Independent last week that he had not reviewed the bill and could not say whether he would sign it.