After election, new faces make up bulk of 2023 legislative leadership 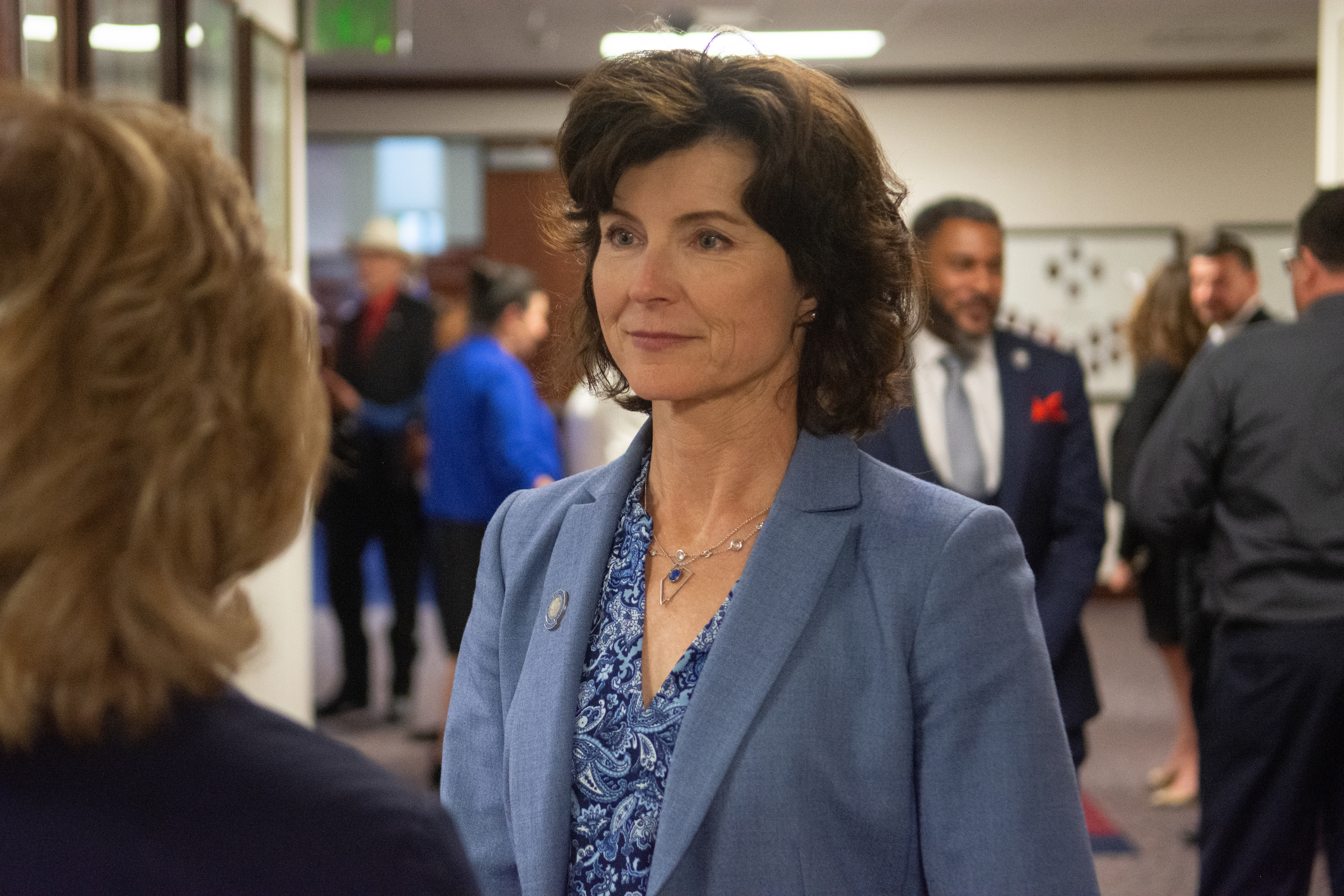 State Sen. Heidi Seevers Gansert (R-Reno) will serve as the interim Senate minority leader until a leader is selected to represent the caucus during the upcoming 2023 legislative session, sources confirmed this week with The Nevada Independent.

Reached by phone Monday, Seevers Gansert said she has no news to share. Still, sources familiar with the matter said Seevers Gansert had been voted into the position by the state Senate Republican caucus sometime last week. The caucus’s interim director declined to discuss further details on Tuesday but said an “official vote” to name a full-time GOP Senate leader will take place on Thursday.

Seevers Gansert temporarily takes the reins from now-Senate Minority Leader James Settelmeyer, who is termed out of office. First elected to the state Senate in 2016 and again in 2020, Seevers Gansert is in the middle of her second term and had a stint as the co-minority whip in 2019.

Whoever the caucus selects as the minority leader on Thursday will lead alongside Senate Majority Leader Nicole Cannizzaro (D-Las Vegas), who was re-elected as Senate majority leader on Monday.

Cannizzaro was first elected to the Senate in 2016 and is now serving her second term after winning re-election in 2020. She became Nevada’s first female Senate majority leader in 2019, the same session that Nevada became the first state in the country to have a majority female Legislature.

Though Democrats shored up their advantages in swing districts after the state’s 2021 redistricting process, they fell short of the 14 seats in the Senate required for a two-thirds majority that could override vetoes from the governor’s office or grease the wheels for any tax increases or procedural maneuvers requiring a supermajority vote.

However, with Democrats projected to hold a supermajority (28 seats) in the Assembly, Republicans in the Senate could be crucial to block any veto overrides or support votes Democrats hope to pass out of both houses.

The Assembly saw significant turnover last year. Fourteen incumbents, a third of the Assembly’s 42 members, did not run for re-election, according to Ballotpedia, marking the highest rate of open seats since 2010. Cannizzaro is the only legislative caucus leader from 2021 to return to a top leadership position in 2023.

Assembly Speaker Pro Tempore Steve Yeager (D-Las Vegas) is widely expected to be the next leader of the Assembly Democrats following former Speaker Jason Frierson’s (D-Las Vegas) confirmation to the post of U.S. Attorney. Yeager continually topped the list of fundraisers in the Legislature this election cycle.

With most Republican caucus leaders not returning to the Assembly, Assemblyman P.K. O’Neil (R-Carson City) confirmed in a text message that he was elected by the caucus to be minority leader on Tuesday. O’Neil is in his third term representing Carson City in the Assembly, assuming office in 2020 and serving for one term between 2014 and 2016.

As Assembly minority leader, O’Neil will represent a caucus of 14 Republicans (including himself). In a phone interview Wednesday morning, O’Neil said he is focused on increasing communication with constituents across Nevada and passing policies that will benefit Nevadans.

“I really appreciate the support of my caucus members, the faith that they have put in to me during these challenging times because it will be challenging being in that minority position,” O’Neil said. “We're going to develop a good team, find unity and set our priorities and march forward.”

This story was updated on Wednesday, Nov. 16, 2022, to note that Assemblyman P.K. O’Neil was elected as minority leader for the upcoming session. It was also corrected to indicate that state Sen. Seevers Gansert will serve as interim Minority Leader of the Senate until a new leader is elected later this week.

This story was updated on Tuesday, Nov. 15, at 8:44 a.m. to include that Cannizzaro was re-elected as Senate majority leader Monday evening.