Titus, Wheeler may face off for state Senate bid in 2022 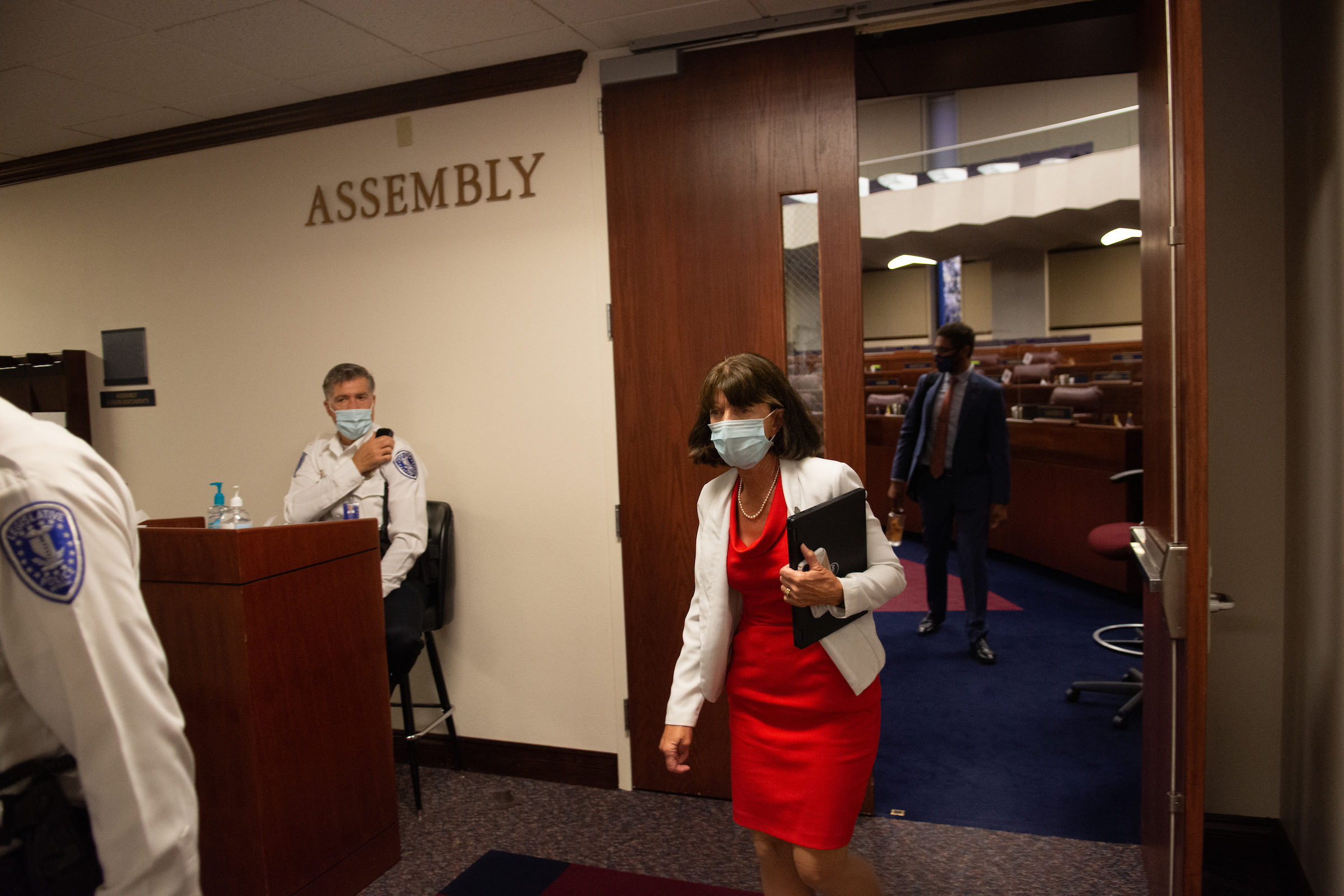 Assembly members Jim Wheeler (R-Minden) and Robin Titus (R-Wellington) are both eyeing a move to the state Senate in 2022.

Sen. James Settelmeyer (R-Minden) is termed out of the Senate after this session, and the two Assembly districts nestled in his sprawling state Senate district are represented by Wheeler (one term left in the Assembly) and Titus (two terms left).

Settelmeyer’s Senate District 17 covers several western and northern Nevada rural counties, and is one of the safest Republican districts in the state — meaning the winner of the primary is essentially assured a Senate seat. Settelmeyer won the 2018 election with nearly 72 percent of the vote over his Democratic opponent.

Both Titus and Wheeler confirmed their interest in a bid when asked by The Nevada Independent. Titus said she would run for the seat, assuming that the boundary isn’t changed too drastically during the 2020 redistricting process, and Wheeler said he has moved beyond “interested” and is definitely running for the seat in 2022.

It’s not unusual for legislators to start jostling for future positions during the legislative session — then-Assemblyman Ira Hansen (R-Sparks) publicly weighed a bid for a state Senate seat held by Don Gustavson in the 2017 session, though the two worked out the issue with Gustavson opting not to run for re-election.

The two have largely avoided public spats, even as Titus took over as leader of the Assembly Republican caucus from Wheeler after the 2019 session.

Both lawmakers have taken some preliminary steps to shore up their Republican Party credentials; Wheeler prior to the 2021 session announced formation of an “Assembly Freedom Caucus,” composed of seven fellow Assembly Republicans.

For her part, Titus has adhered closely to the state Republican Party line — including recently publishing an open letter on her Facebook page detailing Assembly Republican efforts to focus on “election integrity” during the session.