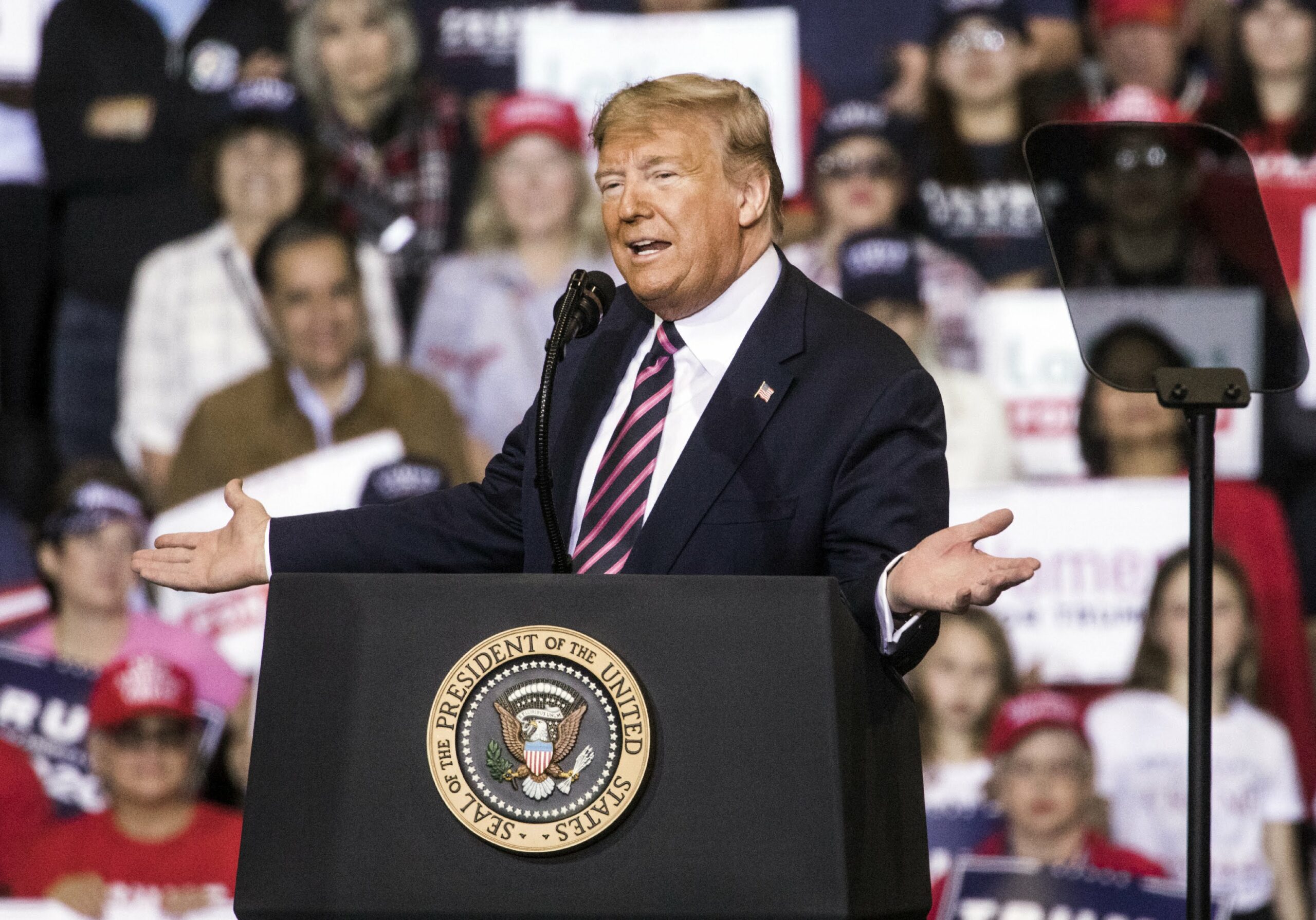 President Donald Trump’s campaign has sued Nevada over a contentious bill recently approved in the ongoing special session of the Nevada Legislature that expands mail-in voting for the 2020 general election, saying it would make voter fraud “inevitable.”

The lawsuit, filed late Tuesday in U.S. District Court in Nevada against Republican Secretary of State Barbara Cegavske, comes after the president spent the past three days criticizing the move to a mostly mail election through tweets accusing Democrats of “an illegal late night coup” and in a press conference calling the measure a “disgrace.” Plaintiffs say the bill forces Republicans to expend resources educating people about the changes and encouraging them to participate.

“The RNC has a vital interest in protecting the ability of Republican voters to cast, and Republican candidates to receive, effective votes in Nevada elections and elsewhere,” the suit says. “Major or hasty changes confuse voters, undermine confidence in the electoral process, and create incentive to remain away from the polls.”

The bill, AB4, passed on party lines over the last few days and was signed into law on Monday. It specifies that in the November general election, and any others that happen in the wake of a statewide emergency or disaster directive, election officials will send all active registered voters a mail-in ballot.

The lawsuit asks a federal judge to enjoin implementation of the bill, saying it “upends Nevada’s election laws and requires massive changes in election procedures and processes, makes voter fraud and other ineligible voting inevitable.”

“Many of AB4’s provisions are head-scratching — particularly given the stark irregularities in Nevada’s June 2020 primary election, and because AB4 changes so many election laws so close to the 2020 general election,” the lawsuit states.

The lawsuit claims that the bill unconstitutionally extends the deadline for Election Day through a provision allowing ballots with unclear postmark dates to be accepted up to three days after Election Day. The complaint says that most mail carriers deliver postmarked mail within one to two days and that the law “effectively extends the congressionally established Election Day.”

It also claims that the sections requiring a certain number of polling places for early and election day voting in Clark and Washoe counties is unconstitutional, as it results in more in-person voting opportunities for people in Nevada’s urban counties.

Other claims of constitutional violations include a section requiring county clerks to “establish procedures for the processing and counting of ballots.”

“This lack of uniform standards to be applied across counties means that Nevada counties will necessarily adopt different procedures for processing and counting ballots, which could produce differences in rejection rates,” the lawsuit states.

It also argues that a section requiring election clerks to set aside envelopes in which two ballots are folded together, then make a determination on whether they were voted by the same or different people, poses a problem by not including standards on how to determine if the ballots were submitted by the same person.

“This loophole invites fraud, coercion, theft, or otherwise illegitimate voting that dilutes the votes of honest citizens and deprives them of their right to vote in violation of the Fourteenth Amendment,” the lawsuit states.

In the days leading up to the ongoing special session, Cegavske had signaled that she hoped to move back to a more traditional general election rather than use the format from the primary that involved widespread distribution of mail-in ballots.

During a press conference on Monday, Trump suggested — as he did in a tweet early Monday morning — that the U.S. Postal Service would not be able to handle processing the mail-in ballots.

Sisolak added that he was "proud" of AB4 and that he is confident that it will be "well received."

Democrats including former Senate Majority Leader Harry Reid argued that Trump’s criticism of the bill is a sign he thinks he’ll lose the state in November. The lawsuit contends Republicans have always supported ways to make voting easier, and that the lawsuit is merely seeking to ensure the integrity of election results.

“The electoral process cannot function properly if it lacks integrity and results in chaos,” the complaint says. “Put simply, the American people must be able to trust that the result is the product of a free and fair election.”

Disclosure: Attorneys for the Trump campaign in this case have in the past represented The Nevada Independent and Editor Jon Ralston.