Under compromise bill, student academic performance will still be significant part of their teacher's evaluation 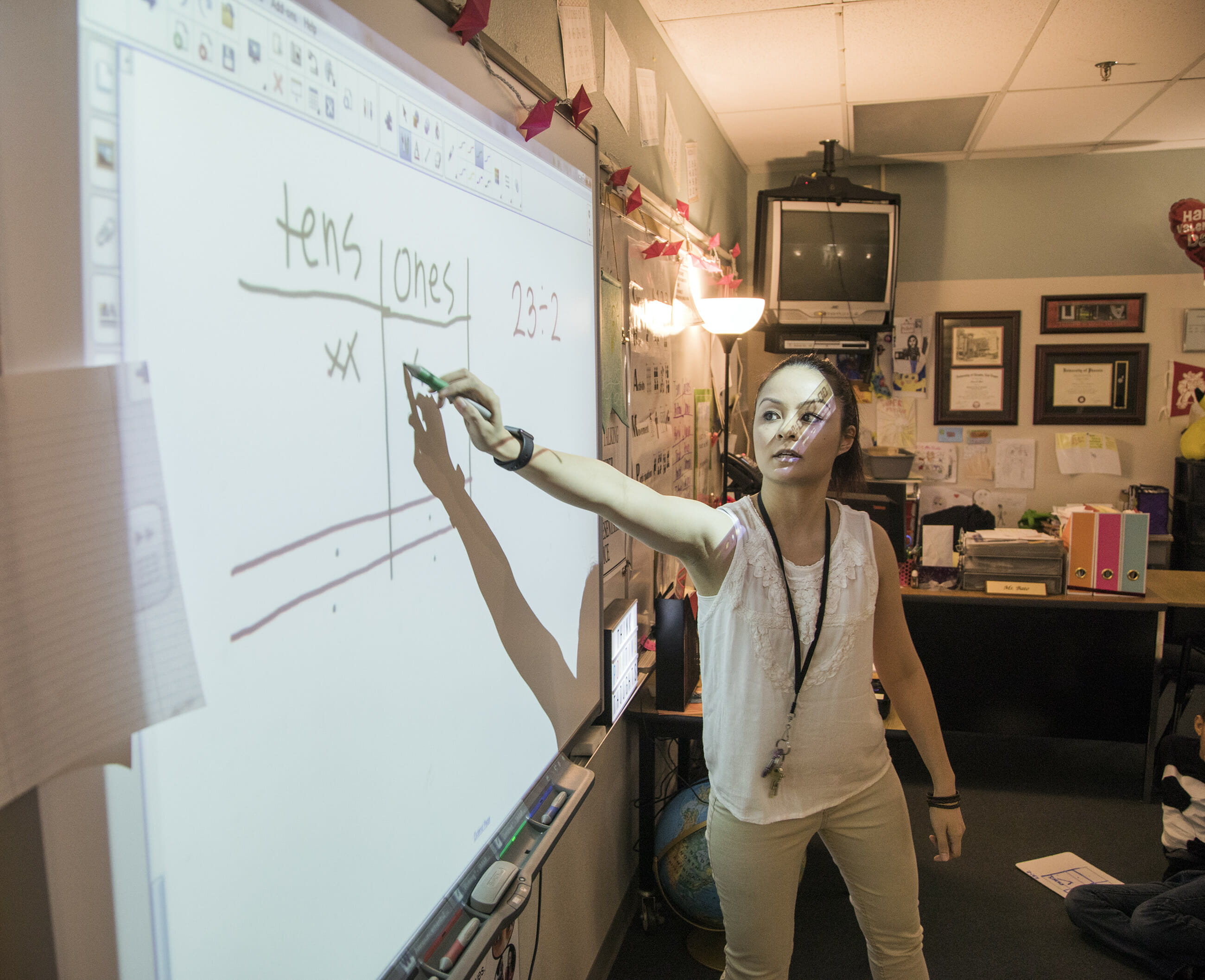 What started as an effort from legislative Democrats to remove student academic performance as a factor in evaluating teachers has softened over the past month into something much closer to the system already in place.

The Senate Education Committee voted 6-1 Thursday to advance AB320, after amending it into a form that now has the backing of State Superintendent Steve Canavero and some Republicans. A separate bill that died last month sought to eliminate student performance as a factor in teacher evaluations altogether, and AB320 previously capped that data at 20 percent of an evaluation; the new version allows “student growth data” to be 40 percent.

“I disagreed with the notion that we should minimize the amount of student learning that should be part of an evaluation,” said Canavero, who previously opposed the bill but says he’s now on board. “I didn't think 20 percent conveyed the type of value that was necessary for our system to be aligned on student outcomes, which is why I continued to push for 40 percent.”

Thursday’s changes to the bill -- which got a party-line 27-15 vote in the Assembly last month with all Republicans opposed -- mark a key compromise in what had been an effort to reverse measures backed by Republican Gov. Brian Sandoval in 2011. He led a charge to develop teacher evaluations that were based 50 percent on student academic performance, arguing that students were suffering under sub-par educators and the state needed a systematic way to root out ineffective teachers.

But it’s taken much longer than expected to develop a system for doing that. Six years after  the law passed, it’s gone through multiple iterations and Nevada has still not fully implemented it, meaning teachers have not been given evaluations that could make them more fireable.

There’s been resistance from teachers who question the merits of standardized testing and say they’re being unfairly judged on factors in their students’ lives that are outside of their control.

Democratic Assembly Speaker Jason Frierson, the bill’s sponsor, testified earlier this session that his perspective was shaped when he saw children with tumultuous home lives in his past work with the child welfare system.

Under the current law, teacher evaluations this school year are based 20 percent on student achievement. That was set to increase next school year to 40 percent: 20 percent from statewide tests and 20 percent from local assessments that are picked by the county school board, such as a system of personalized “student learning goals.”

The amended bill specifies that in the upcoming school year, 20 percent of a teacher’s evaluation is based on student growth data, defined as a student’s progress in a school year toward student learning goals. In the 2018-2019 school year, that percentage will jump to 40 percent.

A mandate to use statewide test data -- unpopular among teachers, especially those who teach in subjects like band and P.E. that aren’t measured on standardized tests -- would be gone.

“It is obviously a compromise from the original bill but I think the big thing is it's not the assessment that was really difficult for anybody to meet,” said Senate Education Committee Chairman Mo Denis.

Teachers -- with principal approval -- get to choose what their student learning goals will be for the year, but they must represent a year’s worth of academic progress and be measured by an objective assessment that meets certain pre-set criteria. That could include a test at the beginning and end of the year for core academic subjects or something else for a class such as band.

Schools are already using the student learning goals concept this year, and the bill would bring them to a full 40 percent of the evaluation at the third year of implementation.

Evaluations are on a four-tier scale that spans from “ineffective” to “developing” to “effective” to “highly effective.” While they include other factors such as a supervisor’s classroom observation, a teacher who scores poorly on the student achievement section of the evaluation can’t get the best possible score on the overall evaluation.

“I think putting guardrails in makes sense,” said Canavero, pointing out that under an observation-only system, 99 percent of state’s teachers were considered effective or highly effective. “This helps add some ballast, if you will, where the system itself will honor the pupil achievement.”

A statement from Sandoval’s office earlier this session emphasized that he wanted to see accountability in education but “does want to ensure that teacher evaluations are reflecting student achievement and growth, and if there are ways to improve those reviews, he will consider it.”

Canavero said he thought the changes in AB320 would meet that criteria.